If you're among the few who main Genji in Overwatch, you may have noticed some unexplained changes to the number of swings he can do after activating his ultimate. 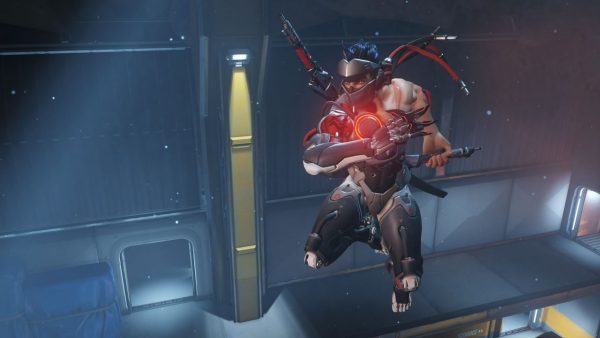 There's been some talk on the Overwatch forums and Reddit from Genji players about a supposed hidden change to the power of his ultimate ability.

Basically, players are saying it now takes Genji longer to swing his sword after using an ult, which means he swings less. This also applies when swinging the sword after dashing, making the move almost impossible to pull off.

Principal designer Geoff Goodman confirmed there's been some tinkering in the background, but not all of it was aimed at making the ult less powerful. "Before the last major patch, the amount of sword swings you could get changed depending on your latency," Goodman said in a big thread about the issue.

"Strangely, if you had higher latency you could swing more often. This bug was fixed, which caused some players to suddenly get less swings than they were used to."

According to Goodman, the ping threshold you had to go through before you were allowed another swing was too low, meaning some people got an extra swing (seven) rather than the intended six.

"We're going to increase his swing speed overall so he'll gain that 7th swing back for all players, regardless of latency. I'm not entirely sure when we can get that update into the players hands, but we'll make sure its in the patch notes when it hits," concluded Goodman.

For now, you'll have to made do with one less swing.