During E3 we got a chance to watch someone from Obsidian play through a section of The Outer Worlds, a new RPG from the original Fallout creators.

The demo kicks off in the town of Fallbrook, a smuggler’s paradise where a morally-ambiguous space adventurer can pick up some dodgy jobs. The protagonist takes a mission from an NPC called Catherine Malin, who wants you to infiltrate and take down a ‘boarst’ factory by any means. A boarst factory. By any means. Boarst.

“What is a boarst,” I hear you ask? To me, a boarst is the sound you make when you try to throw up with nothing in your stomach and something dry and cubelike jams in the middle of your throat. In The Outer Worlds, a boarst factory is a pig slaughterhouse. A humane one. Wait, what? 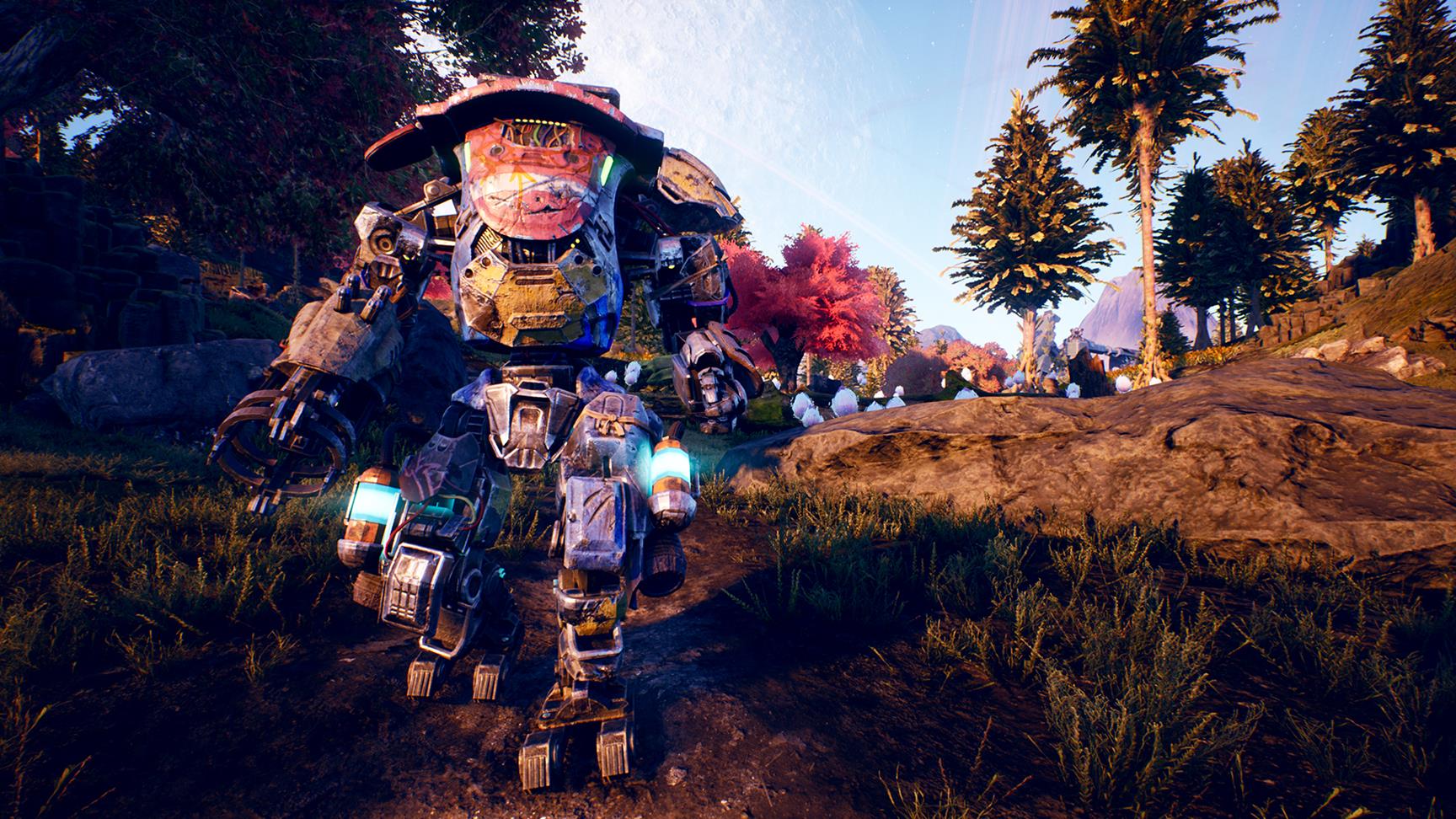 You see, these factories contain cystipigs. Just read that word again: cystipigs. These pigs aren’t fattened up to be eaten. Instead they’re genetically modified to grow massive tumours, which are then sliced off to be eaten by humans. Tumour sausages, tumour burgers, and tumour tumours are just some of the dishes that come to mind. In-game, there is Boarst Wurst or Boarst N' Beans. Both come in a can. Obsidian calls it a “sustainable meat product”. I just boarsted.

In a world where 70 percent of our agricultural land is tied up in livestock, could our future be in battery farms full of tumour pigs? God, I hope not. I’ll chow down on all 1,900 edible insects first. Let’s try to change the subject.

The Outer Worlds has everything you would expect from a first-person RPG from this team - there’s V.A.T.S. by another name, there are stat checks in conversations, you can go in stealthily or by force, and the writing will make you laugh and occasionally throw up all over your crotch because someone said cystipigs again. 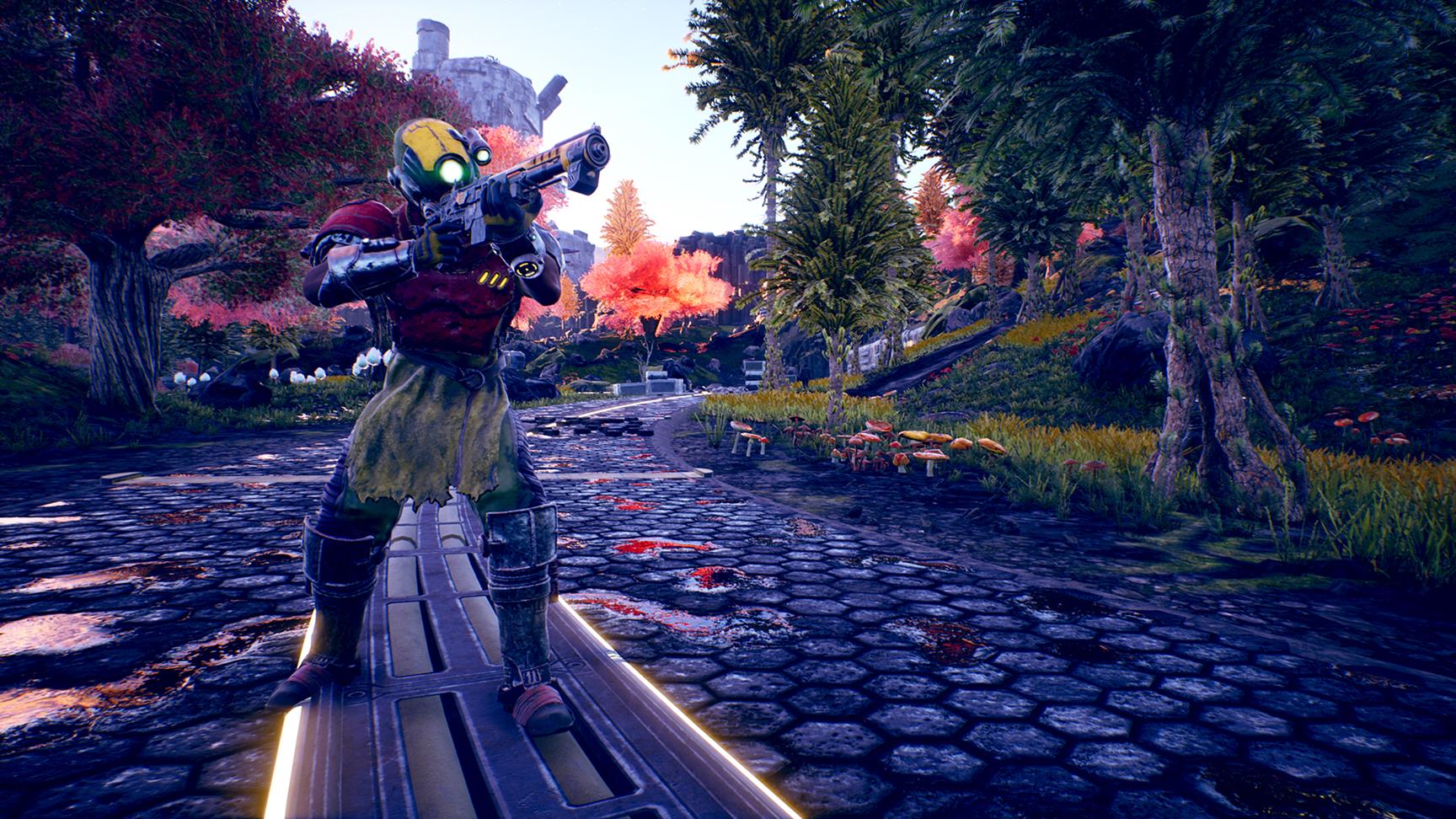 Let me just get that image out of my mind a second and I’ll come back to you about gameplay systems. Right, OK. I’m OK.

So, the coolest thing we were shown that wasn’t a massive tumour on a pig (goddamn it) was how The Outer Worlds deals with stealth. It’s a similar system to the face stealing in Dishonored: Death of the Outsider, if you’ve played that. If not, here’s how it works: you don a disguise and you’re essentially invisible as you move around. All the while, a timer ticks down and your disguise becomes more inefficient every time you move.

If the timer ticks all the way down, someone pulls you up. From there, you need to choose a good response based on your stats and pass a speech check. If you succeed, all is good. If you fail, it’s time to shoot someone in the head, or shrink them with a shrinking gun, or get your companion to dropkick them in the chin. I’m excited to see if clever application of skills allows for a completely pacifist, smartmouth, conman-style playthrough. 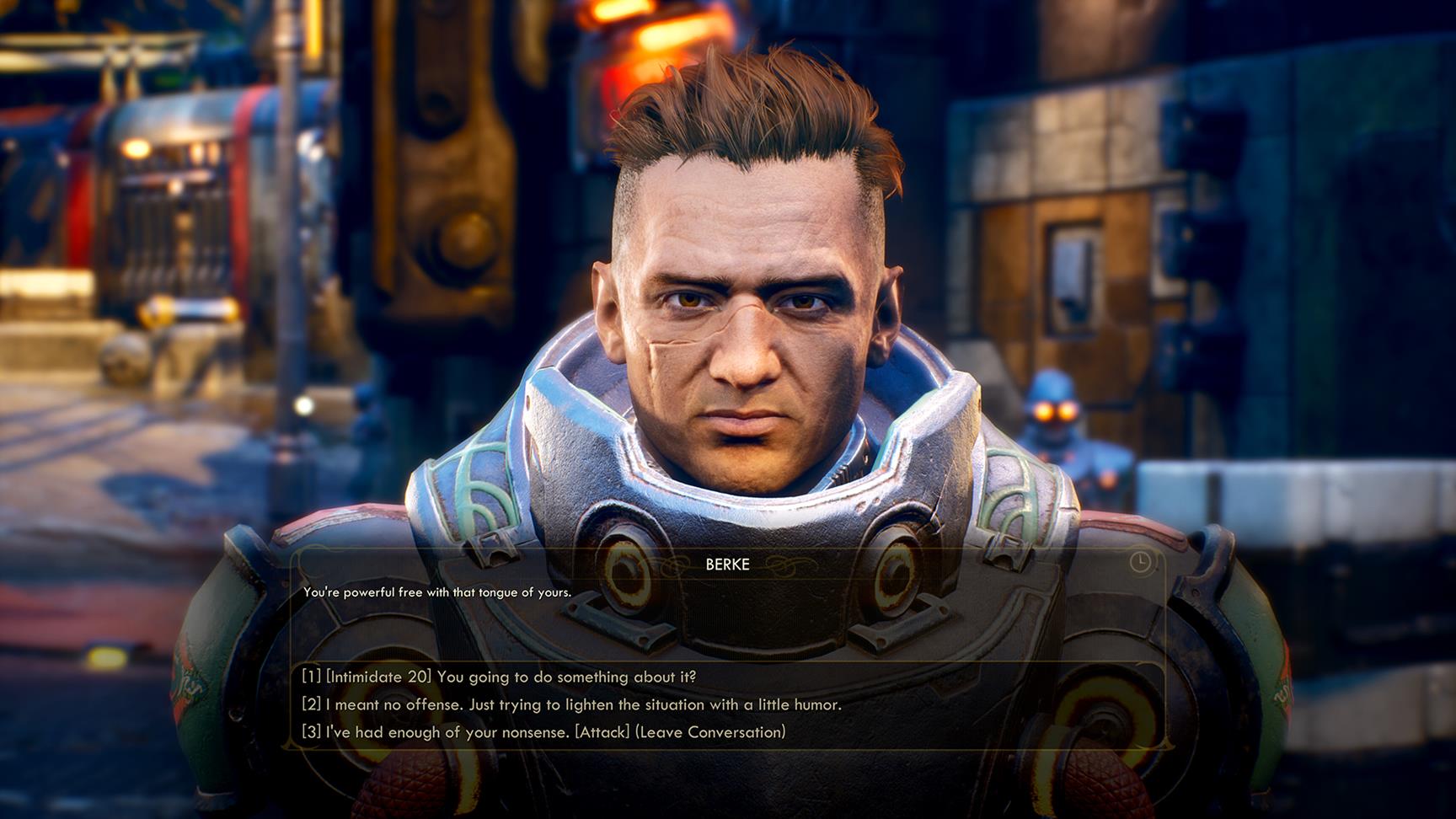 Another new system allows your character to develop flaws - one we saw was a phobia of an alien lifeform the player was bitten by. Allow the game to give you a flaw and you immediately get a perk point to spend elsewhere. It’s Obsidian’s way of making sure everyone has an interesting, unique experience, though I hope everyone has a phobia of tumour pigs baked into their amygdala.

We only saw a snippet of the game, but it’s right up at the top of our most wanted, despite being absolutely minging.

Want more? Here’s why The Outer Worlds and Bloodlines 2 share the same DNA.