EEDAR surveys have found a significant slice of the increasingly lucrative mobile gaming market is female.

As reported by USA Today, EEDAR found that nearly 60% of all mobile gamers are women, and of those who do play on mobile devices, 63% play multiplayer or social games.

Men tend to be a little more insular in their mobile gaming habits, with just 52% of male respondents owning up to social or multiplayer mobile titles. Because of this, women are more likely to influence which games others play, because they send invitations and requests more often, making a title more visible.

"What we are finding is tapping into that female client is more important than ever before. It really is changing the face of gaming," EEDAR's Jesse Divnich said.

Zynga, which is making a strong push for mobile platforms as social gaming wanes, is strongly backing a female-demographic.

"What has changed with these new touch-screen devices is that it has made [games] much more accessible to everybody," senior vice president Travis Boatman said.

"Women gravitate to games that were designed for the [mobile] platform because they are much more intuitive to them," he added, apparently not getting my memo about keeping broad gender generalisations to himself and maybe sticking them up his jumper while he's at it. 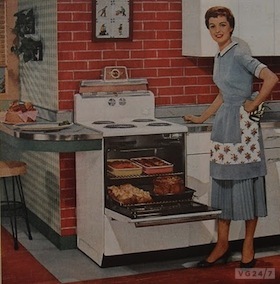 The female seen in her natural environment.
Note how she is not playing poker.

Big Fish, another increasingly mobile-focused casual publisher, also has an eye on the lady dollar, I term I just made up immediately before attempting to eviscerate myself with a biro.

"You would think Texas Hold 'Em would skew male," CEO Paul Thelen said, betraying a tendency for holding opinions about women's preferences as if they were a homogenous lump composed entirely of his grandma and elderly aunts, "But we are seeing 65% of the revenue coming from females.

"If you are building for mobile and you want to scale to the broadest possible audience of purchasers, you do need to absolutely focus on the female."

EEDAR surveyed 2,491 active mobile gamers between 15 and 64 years of age in harvesting this data. For comparison purposes, the ESA's latest research found that when it comes to PC and console gaming, the gender divide is much more even; about 53% of gamers are men, and 47% are women.