The battle royale genre has reached a point of maturity now where meaningful new takes on it can emerge. I am not just talking about games that play with what makes a battle royale tick, but also game ideas you wouldn’t typically imagine as battle royales.

Naraka: Bladepoint is one such game, a pleasant surprise that brings melee action combat to the genre. Bladepoint’s movement and traversal mechanics are also new for BR, a solid mix of grapple hook shots, running up walls, double jumps and dashes.

Bladepoint’s combat is deceptively simple. It initially appears arcady, with quick flurries of moves and no stamina meter, but its depth quickly starts to show as you take on one enemy after another. Normal attacks are quick, and can be comboed into grappling hook shots for some proper Crouching Tiger, Hidden Dragon action. You can’t block normal attacks, but you can dodge them. This can make it frustrating at first, because it will look like you’re getting infinitely stun-locked, but you’re always free to dodge at the cost of some stamina.

Better yet, if you spot a window and don’t mind taking a risk, you can hold your attack to charge up a more powerful version that will cut through your opponent’s base normals. Charge attacks can likewise be dodged, but there’s an even more satisfying system to master here in the form of blocks. By timing your block right, you can parry a charge attack, but landing this particular move takes some getting used to. It’s not a Sekiro-style single button press, and instead requires anticipation as you don’t have a lot of control over the animation.

The chaos of battle royale, and the early scramble for loot and gear can make it hard to appreciate these systems. Bladepoint does have a basic tutorial, but the developer told me that it’s working on updating it to cover more of the game’s mechanics, which is crucial in understanding the combat’s nuances beyond its basics. 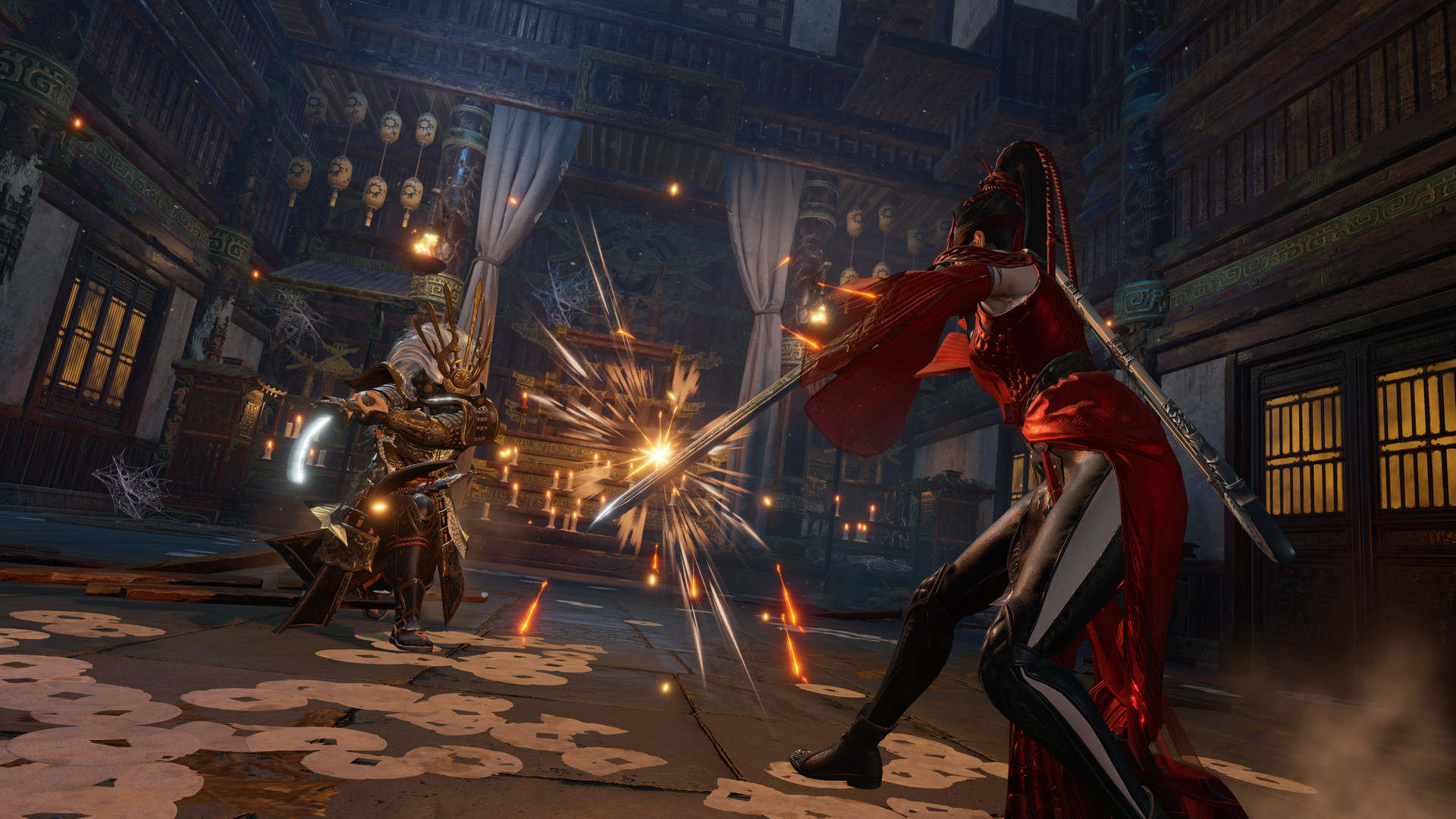 Naraka: Bladepoint comes from Chinese studio 24 Entertainment, an experienced team with roots in AAA game development. Ray Kuan, the game’s lead producer, worked on the Meteor Blade series. After shipping a mobile spin-off in 2018, he set out to create something that builds on his experience in the action genre, while introducing something new for players.

The game’s free-flowing traversal and the freedom it offers was no accident – movement is one of Bladepoint’s main pillars. During development, a big goal the team had was to “unchain” players and allow them to break free from traditional movement restrictions. I’d say it’s been successful so far, and the 148,000+ concurrent players the beta attracted on Steam over the weekend seem to agree.

“The whole team is very excited, we [were] thrilled to see that,” marketing lead Raylan Kwan told me.

Ahead of the beta’s big launch, the developer was particularly worried about releasing yet another battle royale game in a saturated market, so the team completely expected some players to dismiss Bladepoint on premise alone - but they knew that once players tried it, many of them would be hooked. 24 Entertainment saw the surprised reactions in player comments on Steam, social media and the official Discord server.

Being late to a phenomenon like battle royale has its benefits, however. Naraka: Bladepoint is a game that’s learned from the fumbles and triumphs of other BR games. The play area is fairly compact, compared to Erangel or Verdansk, and matches are capped at 60 players. Similar to other Chinese-developed games, there is no infill phase: players instead get to choose where to spawn in the pre-match phase, knowing how many others will be around them at the start, and the types of loot they can expect.

Outside of these initial choices, what goes on in a match of Bladepoint has more in common with the most popular BR games. There’s a contract system that sends players on scavenging hunts, or after rivals if they’re feeling spicy. One unique mechanic in team games turns players, who die early, into ghosts who can revive themselves at one of many altars. Dead players respawn with some basic equipment, and they’re free to return to their death stash and pick up whatever else still remains. 24 Entertainment wanted to remove some of the trepidation and lack of action that dominates the early minutes of a BR game, and encourage players to fight – even with poor equipment – knowing that they could always come back for another shot.

Weapons in the game all have durability that degrade as they're used, whether ranged or melee. This is another well-thought-out system that cuts down on spam and forces players to disengage and go through a fairly lengthy (by BR standards) sharpening or reload animation. Bladepoint is full of design tweaks like this. Healing items, for instance, aren’t always necessary, because you could pick up some fruit and eat that to top off your HP. There are shrines scattered around the world that look like they’re part of the scenery, but offer observant players some rewards when prayed at.

And I haven’t even touched on character-specific abilities, ultimates, or the wide range of ranged weapons. By the end of my time with it, I was confident that there’s plenty of depth in its mechanics, and lots to explore. 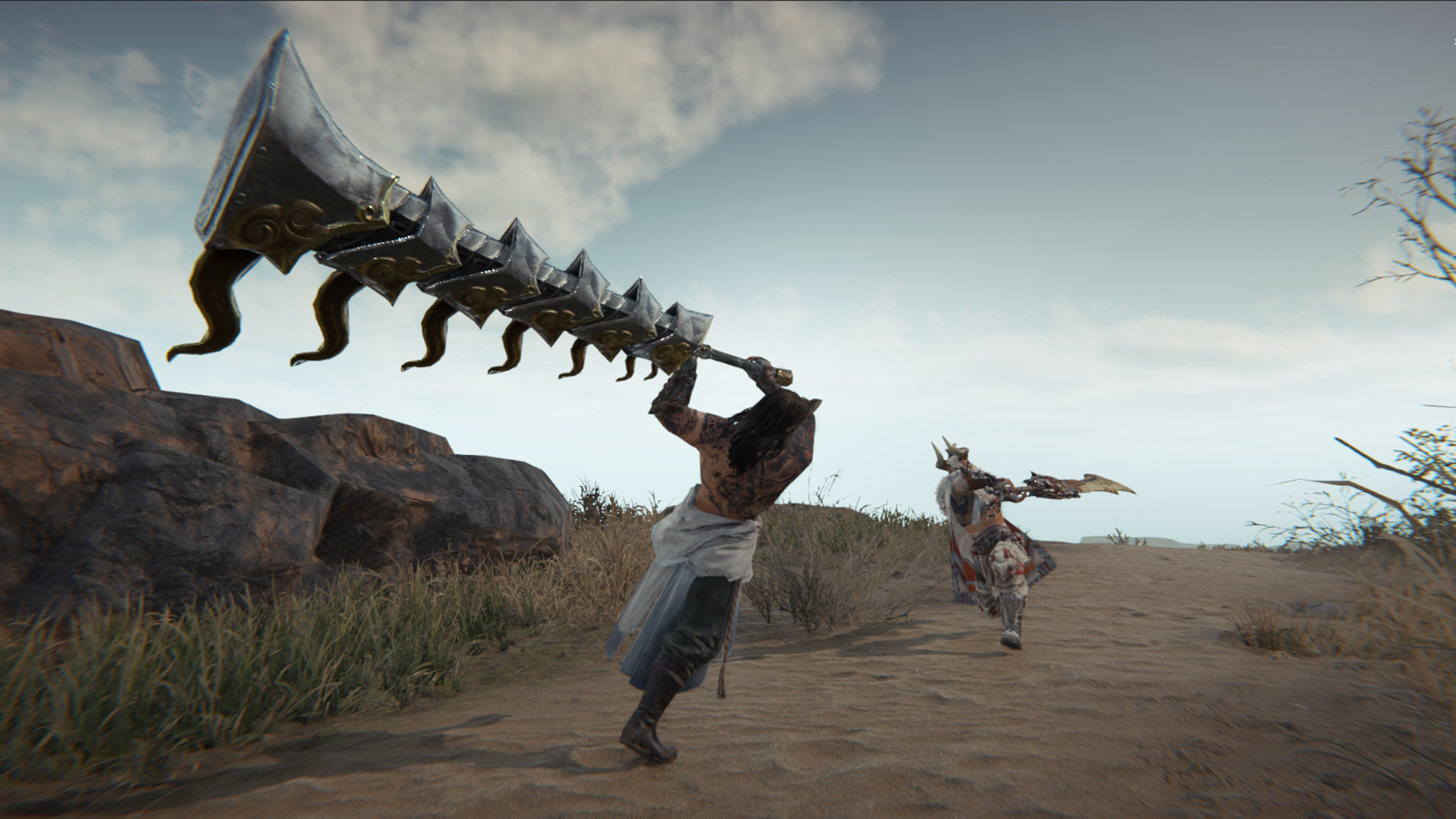 But a few things still need some work. The netcode can be wonky, and it’s not always clear whether your dodge has invincibility frames or not, leading you to take hits you felt should have missed. I’ve seen players simply dodge twice to be safe, but that’s not ideal. Stun-locking is another thing that could become a problem for new players. It’s part of the game, and Kwan told me a number of bugs there have been fixed in the Chinese beta, but the issue is that it’s not immediately clear how to get out of a combo and reposition. A more thorough tutorial - which is in the works - will certainly alleviate some of that.

This being a beta, there are a few inconsistencies with the grappling hook and some floaty/laggy movement, too, in some cases, but the core remains the game’s biggest allure. Combat was so fluid and flashy, in fact, it made me wonder whether Naraka: Bladepoint has any PvE or single-player modes. Kwan said that the team is working on PvE modes, and more besides.

I was also curious about the bots-to-real-players ratio. On the Steam forums and everywhere else, players have been debating whether the person they just killed is real or an AI. I’ve come across both in the matches I played, and it’s not entirely surprising.

Kwan was cagey about when and how often the game decides to throw bots into the mix, but stressed that it’s a skill modifier meant to make the early hours easier on new players. Presumably, the more you play and the higher into the ranks you get, the fewer bots you’ll see in your matches.

The only other sticking point from my time with the game has been its free-to-play-style engagement and progression systems. There’s a battle pass, of course, but you’ll also find two currencies, various quests and challenges to chase, Overwatch-style menus for costumes, and loot boxes on top - the works. It was particularly surprising to see loot boxes, considering so many games in the industry have moved past it, but Kwan wouldn’t say whether or not you could spend real money on them.

It felt a bit excessive, and made it look like a free-to-play game, but 24 Entertainment confirmed it will be a premium title, promising to reveal the price at a later date. Kwan also explained that monetisation specifics aren’t set in stone. The developer is using this beta to also gauge player reactions to this side of the game alongside everything else.

Nevertheless, Naraka: Bladepoint introduces plenty to grab the attention of even the most jaded BR fans, and tweaks enough of the genre's components that it's worth experiencing first-hand. It is coming to Steam this summer.