Xbox One, games a-plenty and at least one big Xbox 360 surprise; just some of the things billed for Microsoft's big conference E3 2013. Watch it here. 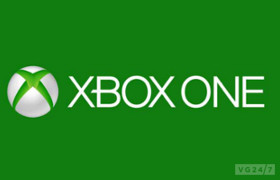 Xbox Live will do away with Microsoft points for good, and some Xbox Live Gold features can be used by different users in the same household, even when you're not logged in.

Metal Gear Solid 5 was shown first. The clip revealed saw Revolver Ocelot and Big Boss talking on horse back in Afghanistan, discussing Kaz's wishes. The visuals looked superb as Snake rode down an open world desert terrain, only to approach a village as realtime sand storms roll into view.

Snake then got into a tank and then a jeep, showing that players can hop into vehicles at any time. Snake then jumped into the back of a parked enemy truck and stowed away, just like in the NES originals. There's also a real passage of time as you traverse the map.

Players will use shadow and light in new ways to get the drop on enemies and unload on them with new CQC moves that induce 'breach and clear'-style bullet time attacks. New characters shown included Kaz, a merc called Quiet, a child soldier called Eli, the villain 'Skull Face' was also shown - the bad guy from the Ground Zeroes trailer last year.

Ocelot was shown again, as was Code Talker and old soldier. There was also a flash of enemies called 'Those who don't exists', who seem to be Snake's post-traumatic visions. first seen in the Phantom Pain trailer. The clip ended with Keifer Sutherland as Snake calling himself a demon. It was rather epic and dark.

Don Mattrick came to the stage early on and proudly proclaimed that the conference was "All about the game", before bringing Yusuf Medhi to the stage to talk about what's in store for Xbox 360.

Next, Medhi announced some new Xbox 360 games, starting with Wargaming's MMO World of Tanks. A trailer was shown along with some kick-ass rock so you know it's legit. Wargaming's CEO Victor Kisley then took to the stage to announce the game is free and will utilise the Xbox 360 control pad. It's coming this summer.

Next Medhi handed over to Press Play, developers of Max: The Curse of Brotherhood, sequel to Max and the Magic Marker. It's a platformer in which Max has to save his little brother from a strange demonic dimension.

Dark Souls 2 was shown next by way of a new trailer. The clip showed a knight tussling with beasts and wandering depressing lands made of stone and overgrown plantlife. Some of the bosses were shown, including a giant statue of a woman who battered the hero with a giant mirrored shield. The trailer's music certainly didn't smack of Dark Souls though.

Microsoft's Phil Spencer then took to the stage to talk purely next-gen titles. Let's dive in, shall we.

Ryse: Son of Rome
Crytek's Kinect-powered brawler got a new trailer that showed off a large skirmish in Rome, as centurion fighter stormed a beach while under fire from catapults. It shows lots of contextual attacks and defensive moves. The game will launch alongside Xbox One for Kinect.

Sunset Overdrive
Insomniac's Ted Price announced this new, procedural shooter that changes every day. The studio can add new guns and changes things whenever it wants. The announce trailer showed a lot of cartoonish free-running, monsters, gunplay and insanity. It looked jokey and fun, sort of like how Overstrike looked before it became Fuse.

Forza Motorsport 5
Turn 10's Dan Greenawalt then announced a partnership with McLaren, to deliver the manufacturer's expensive cars. He went on about the human element of cars, the feel of leather seats, the sheen of the paint and so on. He confirmed that cloud processing will bring about the end of AI, and will replace it with dynamic opponents that learn as you speed around them.

Greenawalt showed off some cockpit-view footage of a player tearing down a track being pursued by some convincing opponents. The game now comes with 'Driveatar' tech that records how you race and act, so to improve opponent reactions to you, online matchmaking and it lets people race you when you're not even online. We'll need more information on how this works exactly though.

Minecraft
Basically, it's coming to Xbox One. Rejoice!

Quantum Break
Remedy's Sam Lake then took to the stage and promised to revolutionise entertainment, delivering an explosive action game alongside a thrilling TV series. The show impacts how you play the game, and the game helps mould the show to your own personal experience. It's an Xbox One exclusive.

A clip was then shown introducing the game's protagonist Jack as he examines a slowed down time anomaly to pull a woman out of a frozen car crash scene. It's a bit like that film Source Code. After he saves the woman, the anomaly starts to collapse, causing the pair to run for their lives.

Project Spark
Microsoft Game Studios' Dave McCarthy announced Project Spark, a new game-creation that works with Kinect. A developer shouted out commands to see different textures, time of day, terrain and more. The game works with SmartGlass. Using a touch device you can bring any object in the world to life - the example shown gave a rock a sword and made it the game's hero. The sword then attacked a bunch of bad guys in real-time.

You can invite other collaborators to remix or build on your idea, or play in co-op. McCarthy's pal hurled a fireball at a band of evil goblins, smashing a deep lava pool into the ground to create a perimeter trap. The rock man then morphed into a giant mech on the fly and went all Gundam on the goblin's asses.

Using Project Spark you can create stories, characters, worlds and more. It's like Minecraft but with round edges and a fleshed-out narrative, dynamic effects, physics and more trickery.

SmartGlass Next-Gen
SmartGlass is natively built into Xbox One, so you can start up games, manage multiplayer, browse achievements, buy game add-ons from any enabled device. The Service can compare your stats in a game against friend's at a glance, and while running in the background, SmartGlass can dispense hints and tips as you play.

You can also set up multiplayer matches using the app that considers your matchmaking stats, online behaviour and more. The example shown can let you play Ryse and queue up a match in Killer Instinct in the background. Once ready you can switch game instantly and begin playing your opponent.

Microsoft points are also being ditched in favour for real currency, finally. With Xbox Live Gold anyone in your household can enjoy multilayer and other gold-only benefits on your game when you're not logged on. You're no longer limited by 100 people on your friends list either.

Crimson Dragon
From the creator of Panzer Dragoon comes Crimson Dragon, the Kinect-powered dragon flying combat title that has been in development for a rather long time. It looked quite similar to the Sega series - it's a spiritual successor - with plenty of airborne combat and shooting.

Dead Rising 3
Capcom Vancouver took to the stage to announce Dead Rising 3 exclusively for Xbox One, a game that stars new hero Nick Ramos as he tries to escape a city three days after a zombie outbreak. It showed a city not unlike LA in ruin, as a zombie writhes around in a burning sports car. Ramos is a car mechanic who returns home to find many zombies swarming his home. Wrench in hand he fights his way out of the pack and make his way to a safehouse in the city centre.

There are no load times across the game's open world setting, and the crafting system is back. Gameplay footage showed Ramos falling into a dark building with low visibility, so Ramos manages to craft a gun with an attached light. Once outside, he grabs an UZI and starts unloading on the undead on a car-logged freeway.

Capcom confirmed there are hundreds of weapons in the world, and you can get into any abandoned car and drive around, smashing into zombies as you go. The clip showed hundreds of the bastards being mowed down violently. Zombies can - however, swarm your car and latch on.

The game also uses SmartGlass functions. The example shown saw Ramos calling in an artillery strike from the sky using touch controls. It saw a rain of missiles hurtling down to the street and turning many zombies into a fine powder.

The Witcher 3: Wild Hunt
CD Projekt RED confirmed its open world RPG is coming to Xbox One. The studio promised deep tactical combat, DX11 graphics, a non-linear story, with in the vast open world setting that promises over 100 hours of play. Kinect voice commands were confirmed for quick switching and casting of spells. SmartGlass will also offer an inventory management feature. Game footage was shown, giving a glimpse of the multi-region world.

Battlefield 4
DICE took to the stage to confirm that Battlefield 4 will run at 60FPS on Xbox One. The game's Second Assault Map Pack will also come first to Microsoft's console. Gameplay was shown that saw soldiers fighting inside an aircraft carrier to save it from being sunk. Visually it was all rather lovely and next-gen, complete with dynamic events that saw jet planes hurtling across the ship's deck and into the sea, destruction spewing everywhere and more.

Halo 5
343 Industries confirmed a new Halo game for Xbox One that isn't Halo: Spartan Assault. The 60FPS shooter includes Master Chief, but wasn't referred to as Halo 5. The studio added that Halo's combat will truly evolve and that was pretty much it. Get CGI screens here.

Black Tusk's new IP
Microsoft's internal studio Black Tusk showed a teaser trailer for its new shooter project. It hasn't been named yet, but it shows rappelling, shooting and takedowns high above a city at night. Watch it above.

Titanfall
Respawn Entertainment's debut shooter Titanfall got a trailer that saw a mourning man vowing never to get inside a mech suit again. It showed humanity leaving Earth behind. The gameplay shown involved free-running, shooting, mech combat, jet-packs, and more.

Mechs were seen battling each other on ruined city streets, hurling humans around, as dropships soared overhead dispensing troops and raining fire down on the battlefield. It's coming to PC, Xbox 360 and Xbox One. The game uses Xbox Live's cloud features to enhance the experience.

Gameplay footage showed a lobby of soldiers in a dropship waiting for other players to join. Once the join counter expired the round started with all the soldiers jumping out a hatch to the streets below. Once there, the match began, as a squad ran across a grass knoll and though buildings. There was a countdown that showed the time until the player's Titan mech was built and ready to pilot.

Before calling it in however, the player ran around and gunned down several troops, earning XP bonuses as they went. They then completed a sub-objective that saw them capturing a Hardpoint location.

The player then called in his 'Titanfall' and jumped into the mech, then used a magnetic attack to pick up a cluster of expended bullets and hurl them at enemies at high speed. Using the mech, the player then stomped towards a skirmish to gun down some more troops, then ejected on foot once more.

To take down an enemy mech, the player used a rocket jump move to leap onto its head and then shoot out a central unit on its head, destroying it and ending the trailer. The game is out on Xbox One in Spring 2014 and it runs in Valve's Source Engine.