In a post on the Team Meat blog, the developer introduced Baby Jack, an accident-prone kid who runs a shop called Hoarders R Us.

Jack took over the shop after his Nona managed to trap herself inside her own home with hoarded items; the player can purchase some for their own home, hopefully eventually clearing a path to aid Nona's escape.

"With this update we are confirming Mew-genics will go beyond cat hoarding and delve quite deep into more traditional hoarding," Team Meat said.

The developer teased some sort of gameplay feature involving Nona's furniture beyond "pathological collecting", but said details will have to wait till the next update. 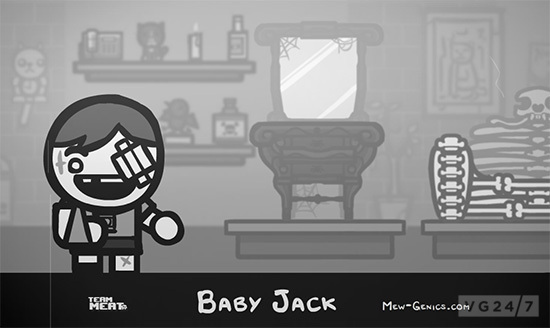