Mega Man isn't getting a video game from Capcom any time soon it seems, so Jasco Games has taken matters into its own hands to produce a board game adaptation. The project is on Kickstarter now and is already funded. 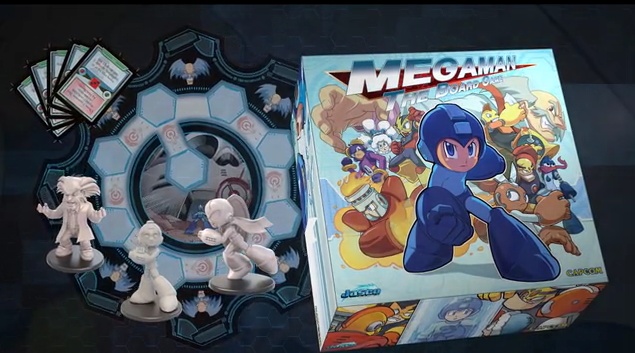 It's officially licensed too, so you can expect real art and accurate character pieces approved by Capcom. The game supports 2-8 players and has a unique 'side scrolling' turn format that sees four Mega Man players (Mega Men?) fending off four of Dr. Wily's robotic bosses. Players will control both the heroes and villains in tandem. So basically, you're playing with your friends to save the day, but you can also double-cross them as one of Wily's robots. It's potentially friendship-breaking.

Stretch goals include adding Fire Man, Elec Manand other bosses into the mix, as well as an alternat Mega Man game piece with his helmet off. $500,000 will see all game pieces coloured in, whereas now they are currently all white.

Check out the Mega Man: The Board Game page and let us know what you think.