Every good superhero needs decent gear and in Marvel's Avengers, there are a lot of items to choose from.

As you progress through the main campaign, complete Harm Rooms and take part in the multiplayer, you'll gather a bunch of Hero gear. Even when you unlock inventory space aboard the Chimera, you only have around 300 slots and each Hero can carry up to nine of each type, so choose wisely.

Some items can be upgraded and given a power boost, but to do so, you'll need to gather a bunch of different resources, so let's take a look at how to find them and upgrade your gear.

You can check out the Marvel's Avengers launch times and pre-order bonuses here. There are a few minor spoilers ahead, so consider this your one and only spoiler warning.

The easiest way to gather resources is to smash the big crates with the glowing circles, like this: 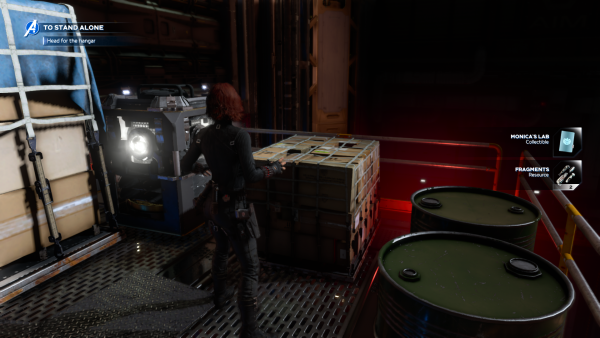 You'll see that they often glow blue, white or purple to indicate different resources types. There are types of nine resources to gather, each with varying levels of rarity:

Polychoron can only be acquired from Faction Vendors after completing Assignments. These Assignments often have a timer of somewhere between one and three days, so you need to be quick. Check back often for new Assignments every day, too, and remember that you can also buy resources from certain vendors.

You can also upgrade Artifacts using these special resources, which goes towards increasing your overall power and giving you certain combat advantages. 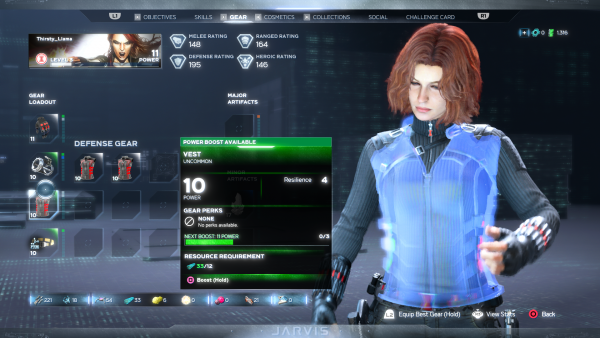 Each Marvel Hero can equip four different types of gear:

You'll gather quite a few items during missions and by exploring the Chimera and Ant Hill and can find Gear in the majority of Shield and Stronghold boxes. You'll also earn new gear by completing Harm Room and Hero missions and other campaign quests.

You can carry up to nine items for each gear type and can dismantle them by pressing triangle to clear up space and gain some extra resources. If you have more powerful gear in your inventory than you do currently equipped, you'll get a prompt onscreen telling you to check your gear. 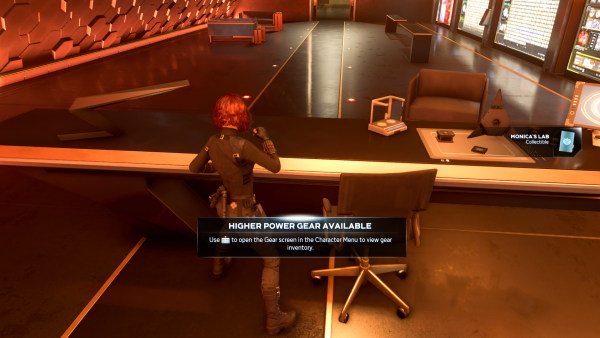 Something to keep in mind is that some items can be upgraded using resources. You'll often see a piece of gear with a higher power number, but it won't be upgradable or come with any perks. It would be better, then to equip a piece of gear that has at least one perk on it that's relevant to the mission - say, with cryo resistance if you're in the Tundra - or pick one that can be upgraded to boost your power.

Once Tony Stark is onboard you can unlock the Chimera's inventory which can store up to 300 items if you fancy hoarding anything. Otherwise, do a clear out of each Hero's personal inventory often to get rid of low powered stuff you aren't using.

With each gear type, you'll see that different items relate to different attributes that will affect your overall stats. These attributes are: 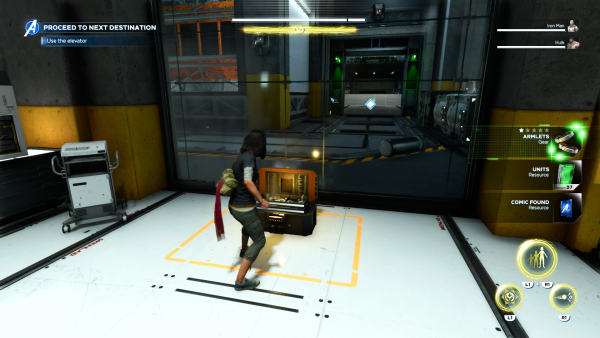 There are four brands of gear type, too, that come with specific Attribute types:

Equipping different types of gear will improve your rating for each stat, so it's worth keeping an eye on rather than equipping the piece with the highest number each time.

Like many looter shooters, there's some sweet Exotic gear to get your hands on in Marvel's Avengers. Some missions come with Exotic gear as rewards, like Hero-specific missions. You'll also have a higher drop rate if you score well on missions.

The easiest way to find Exotic gear is by heading to the "?" icons that Jarvis highlights for you on a mission. These chests are usually guarded by challenging enemies or are hidden in hard to reach places. Sometimes, you'll need to complete a puzzle to access the chests, by shooting fans or orange circles until they turn blue.

You can also fight elite AIM units - you'll know it's an elite unit as Jarvis will highlight they are nearby and worth pursuing. The higher your level, the better the chance Legendary or Exotic gear will drop, so make sure you're always upgrading your gear.

Alongside your gear, you can also equip Major and Minor Artifacts. These Artifacts will give your power level a much-needed boost, alongside a perk or two. They can be bought from Faction Vendors and can also be upgraded using resources, so it's worth changing them about to fit your needs.

You'll also gather a few as you progress through the campaign, like getting your first Major Artifact at the Ant Hill. 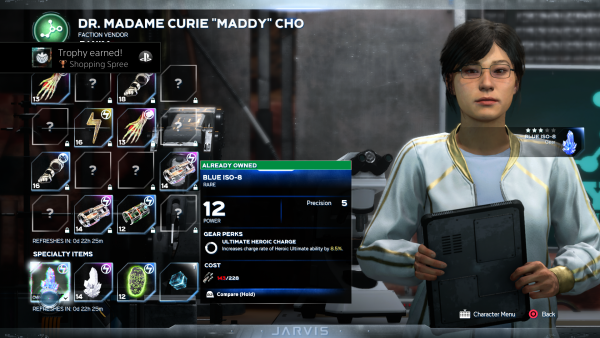 So far, the Major Artifacts we know of are Sacred Norn Stone of Lethal Will and the Tactigon, both of which increase your overall damage. Any Hero can equip these, so swap about as you see fit.

The most common Minor Artifacts you'll see are Iso-8 Shards in various colours which denote things like fire or gamma resistance and whether they boost your Might, Precision or Resilience stats. You'll also find Norn Stones, which boost XP gains, Shield faction XP and increases your chance of finding comic books and additional rewards, if loot hunting is your jam.

Head to the Gear screen to change and boost your Artifacts, the same way you would regular items. You'll need Uru and Polychoron to upgrade your Artifacts.

Kate Bishop has been confirmed as the first post-launch character joining the roster, with Hawkeye joining in November.