I never thought I’d say this, but I think we’re all set on H.P. Lovecraft games for a while.

And before I start, let me just say that I’m not talking about Lovecraft’s racism which, let’s be honest, is real bad. The dude was racist. He was like my mom in a foreign country racist. This isn’t an argument about whether or not Lovecraft was just “of his time.” Better people have had that argument and I’m not here to cancel Lovecraft.

Rather, I want to talk about H.P. Lovecraft games.

I think we’ve got enough for a while.

It’s not even that I don’t like them. I own four different board games that involve the names “Eldritch,” “Madness,” and “Cthulhu,” all of which are fun and good. I loved the shit out of Call of Cthulhu: Dark Corners of the Earth. I enjoy games based on madness and terror and especially sadness.

But we have to be honest with ourselves: Cthulhu isn’t scary anymore. At this point, he’s a cartoon villain like Darth Vader or, I dunno, Ursula the Sea Witch. I don’t know why Ursula came up in my head, but let’s go with it. The point being that, as an audience we know Cthulhu is supposed to be scary, but because we’re so familiar with him as a concept, he’s not actually scary. Literally nobody is afraid when they see Cthulhu pop up on screen.

The whole purpose of cosmic horror is to be confronted by something so vast and incomprehensible that our minds break. It’s the horrifying realization that our own lives have no meaning in the scale of the universe, and that all of our triumphs and failures and struggles don’t matter. We can’t understand, and recognizing the sharp limits of our power frightens us.

And that shit just isn’t happening anymore when I hear the word “Necronomicon.” It’s just a brand now. When the incomprehensible becomes familiar, it’s not fucking incomprehensible anymore, is it? When a board game group cheers because they took down the god Yig with a lucky roll of the dice, it kind of runs counter to the whole point of Yig. Something can’t be horrifying because it’s beyond human understanding and also, uh, have 11 hit points.

Even worse, those terms have become easy shortcuts for a lot of games. When I played “The Invisible Hours” (a walking simulator in which you piece together a murder; fuck you, don’t judge me, I like walking simulators), I was so mad when they mentioned Miskatonic University. Not because I don’t like the concept, but because it just feels like a shoehorned reference to make players go “Ooooooohhhhhh I get it and I am smart!”

It drains the tension, it sucks out the horror. It’s like if you were playing Silent Hill 2 and a sign said, “JASON VOORHEES DID THIS!” Well, okay. Sure. Our brains like when dots are connected because we’re all idiots, but it also breaks the illusion. The tension is gone and replaced with an awful self-satisfaction on being “in” on the bit.

I’m not afraid of cultists dressed in red cloaks because I’ve killed hundreds of them in games. I’m not disturbed by a man holding his head and shouting in terror because I haven’t been given a good reason to understand why he’s terrified. Starting or ending your game with someone in a lunatic asylum isn’t creepy anymore because that’s how we all expect them to begin or end. And jesus fucking Christ, enough squid monsters. We get it. Squids are weird.

The whole “sanity” thing isn’t helping, either. When Eternal Darkness did it in 2002, it was shocking because, for just one second, you actually thought, “Oh fuck, I accidentally deleted my memory card!” It was surprising and cool and fun. You really felt a sense of panic. Now sanity effects in games feel… well, like the status effect they are. You manage your sanity so you’re not inconvenienced. There’s no emotional response other than motherfucking annoyance.

At this point, “Lovecraft” has become a genre the same that “Tolkien” has become a genre. When you see generic dwarves and elves that don’t even try to put a spin on things, you know you’re in for a very exciting match three puzzle game. The same deal applies here, man. I don’t want to be scared by the familiar, I want to be overwhelmed by the unfamiliar. This isn’t that complicated.

To be fair, there are plenty of games that are doing cosmic horror right. Sunless Seas and Sunless Skies are amazing at overwhelming you and making you feel small without having to directly reference the same shit we’ve seen over and over again. And Cultist Simulator turns the genre on its head by centering you while also leaving you without any clue as to what to do. And while Darkest Dungeon may be heavily influenced by Lovecraft, the gameplay actually stresses you out. It makes you afraid. It makes you not want to keep moving. That’s horror.

You can be inspired by Lovecraft without having to make games about Lovecraft. I’d even argue that the reason that games like Pathologic work so well is because you don’t know what’s going on. You’re left in a gross, confusing world in which everyone acts strange and you have to just… go! Imagine how the experience would be reduced if from the start you knew the enemy was Cthulhu. It would be so bland.

There are more horror writers out there to explore. Thomas Ligotti, Octavia E. Butler, Ambrose Ambrose Bierce. Actually, forget Ambrose Bierce. Half of the entire horror video game genre has been stealing the ending of “Occurrence at Owl Creek Bridge” for years. Yeah, yeah, the whole story happened as the main character died somewhere else. And Rosebud was a sled. 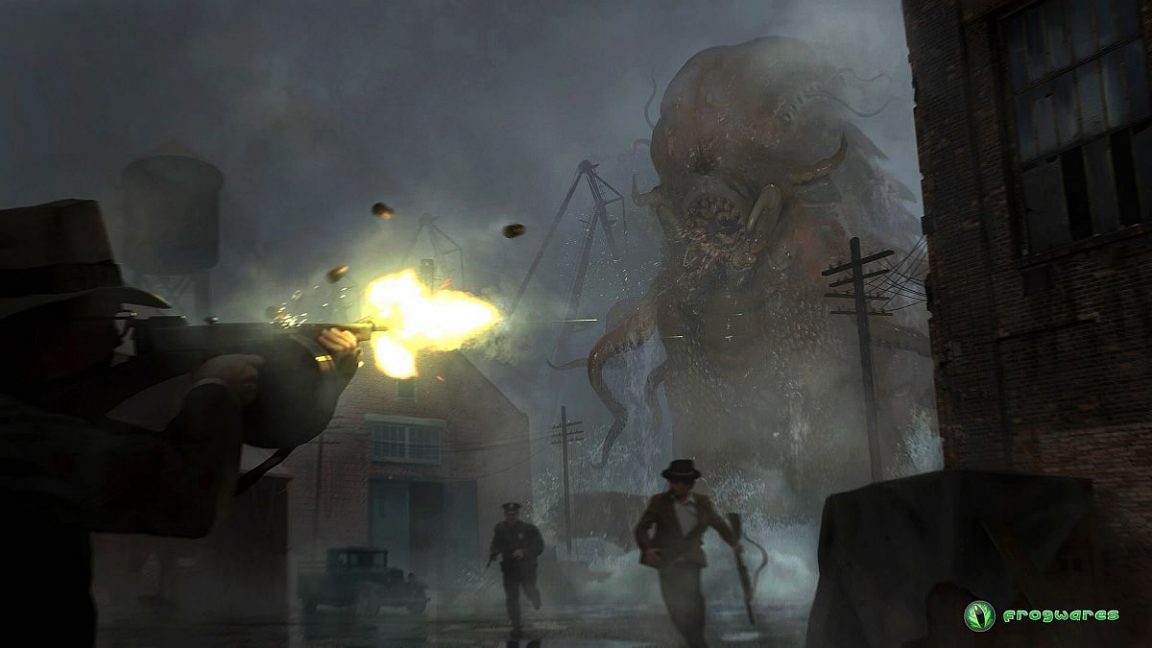 But therein lies my point. Horror isn’t about zombies or draculas or whatever - it’s about our inability to understand and stop a force. It doesn’t have to be big, either. Firewatch filled me with dread as it ended because I realized that nothing the main character did would stop him from having to return to a life he couldn’t face. That’s a form of horror.It might not be limbs shorn from bodies, but it is scary to realize your life won’t change for the better.

Or look at Undertale. It’s not a “scary” game, per se, but when I first played the game I killed the bad guys because that’s what I thought I was supposed to do! When I realized later on, I didn’t have to kill anything, I was fucking horrified. I felt bad when the game called me out on it. I felt dread at the idea of me being the bad guy without realizing it. That’s horror, too.

We don’t need more games that reuse public domain monsters with thousands of pages of Deviant Art fan paintings. We need horror games that surprise us, fill us with dread, make us question every decision. Being inspired by Lovecraft is great. Outside of the racism. Don’t be inspired by that.Otherwise, ancient gods are fun, cults are legitimately scary, and the unknowable is always spooky. But slapping Lovecraft’s name on your product doesn’t automatically make it cool or interesting - it’s just a quick way to get someone to say, “HEY, REMEMBER THIS?.”

I don’t know why this bothers me.

I get it, I get it - there are bigger problems in gaming. Companies are laying off workers. We’re close to a future in which game preservation could become nearly impossible. Nazis are back, which, I mean, I dunno, yeah.

At the end of the day, everyone is free to make the game they want - I can’t stop you; I don’t have the energy to try. Nothing is undoable, and I’m certain great, scary Lovecraft games are still out there yet to be made. Even non-scary games that just revel in the steampunk-like atmosphere that seems to surround Lovecraft. That’s fine.

But I just can’t stop thinking - which is better? A game that pulls you in because you want to discover a horrifying truth, or a game in which you already know the horrifying truths because you’ve seen them in dozens of games before?