Battlefield 4 is out now in the States and today across Europe. VG247's Dave Cook has been playing it this week and came away with an ingrained sense of loneliness and despair. Find out why here. 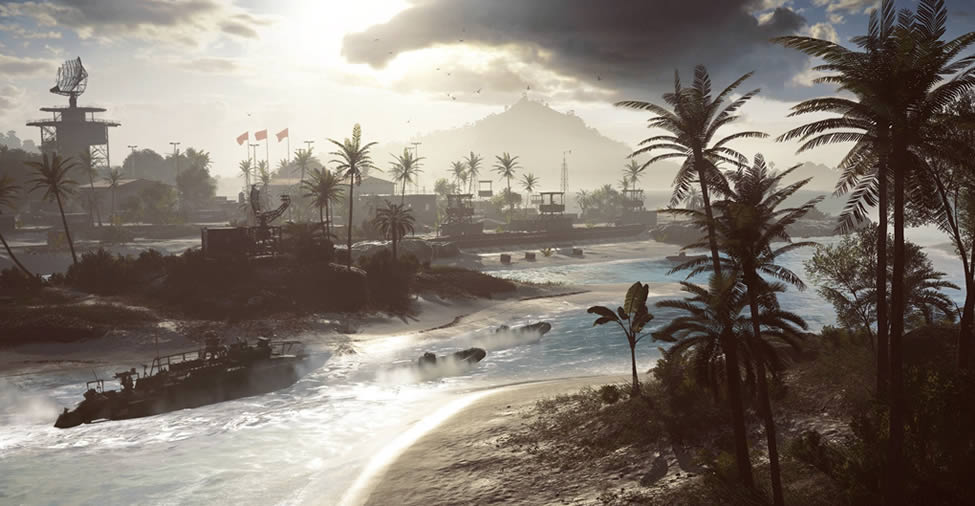 We've also got a massive Battlefield 4 multiplayer guide and campaign walkthrough. I liked it.

I found a Mirror's Edge easter egg in the Battlefield 4 campaign. Check it out here.

Here's my write-up of the full Battlefield 4 campaign.

You may have seen the barrage of Battlefield 4 review scores dropping earlier this week.

From what I gather, all of the pre-launch reviews were produced from an EA event in Stockholm. DICE sat the press in front of high-spec PC rigs and next-gen consoles to let them experience Battlefield 4 as it should be, with 64 players, razor sharp visuals and a feast of technical wizardry forged in the same fire as Frostbite 3. Say what you will about the franchise, it looks simply fantastic, and I can't wait to get stuck into the PS4 and Xbox One editions.

But what about the current-gen build? Well, as you can see from this video I've been playing the Xbox 360 edition and I have to admit it looks rather dog-eared without the texture pack installed. Even with the whopping 6.6GB installation it still falls behind the next-gen builds. I think it shows that, for DICE at least, its admirable technical ambition has now out-grown current tech. It was always going to happen.

I really haven't been enjoying the Xbox 360 version, I have to be brutally frank here. This is mainly down to the current-gen builds being capped at 24 players online. It simply doesn't work. What you have are maps built for 64 people that often feel barren by the notable absence of bodies. Marquee environment Paracel Storm boasts impressive dynamic weather effects that truly look a treat, but it feels grossly under-populated. If you're one of those people who subscribes to the 'Run, die, spawn, run, die, spawn' stereotype that is often slapped on the Battlefield series, than you really won't get along with many of these maps.

That's a shame seeing as DICE's map-building prowess really shines through here. Rogue Transmission is something of a delight as you fight on and below a sprawling radar dish, as is flying through the piercing blue skies of Hainan Resort. The maps have more 'feature' points - deliberately crafted zones that were built with mini-skirmishes in mind. The train warehouse of Zavod 311 was always contested when I played, while the central bridge in Dawnbreaker is a lethal hot-spot when played in Conquest. They're superb areas, but feel too rare thanks to the empty spaces around them. This doesn't apply to all maps however.

Levolution features are said to shake things up a bit, but I didn't really see evidence of this while playing. I know the big moments, such as the breakable Lancang Dam and the rising tides of Flood Zone add dynamism to proceedings, but I rarely saw the player-triggered moments occur. I think this is squarely due to the pared back player count, so I'm honestly not saying these dynamic events are crap. I suspect that you'd see them kick off with more regularity on the PC and next-gen versions. Again, score one for the new builds. 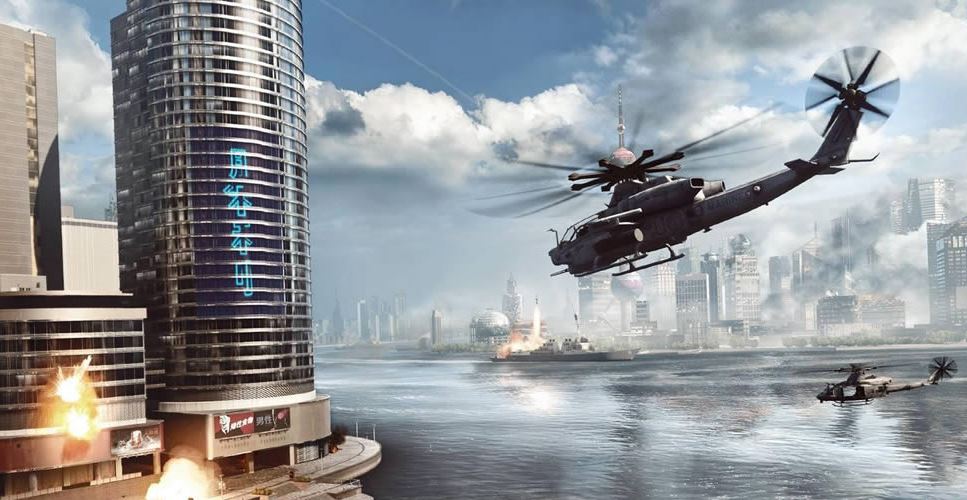 This population issue was something I expressed concern over in my recent beta write-up. In my opinion there are moments where the game simply lacks heart on Xbox 360. You can run for a long time without encountering the enemy, which is made all the more likely when your team refuse to spot opposing troop to flag them on the radar. I'll concede that this probably isn't a lasting issue, as I've been playing the game ahead of its European release. Once all my mates get it and we start co-coordinating together, I'm positive things will improve. This is merely an observation from what I've played so far. It's possible I'll write a follow-up blog once the game launches here.

"For all people moan about some regular franchises failing to offer new content with each new sequel, I really do feel that Battlefield 4 is more of an incremental extension of what went before in Battlefield 3. It’s largely the same experience again with new maps and some tweaks."

I can't talk about Battlefield 4 without touching on the game's USP, and I feel that small-scale destruction is no longer the star of DICE's show. It's all about the big show; 'that' falling skyscraper and other such cataclysms. Many of you know I have a soft spot for Bad Company 2's map-levelling carnage, and it's something I felt propelled the game ahead of Battlefield 3's relatively static environments. This is just my personal take on the series, and I appreciate many of you don't feel the same way. There's no right or wrong answer here.

That said, destruction in Battlefield 4 has improved since its predecessor. Players can certainly blow up more bits of wall, tear down trees and chip buildings down to the girders, but if you long to demolish whole buildings you've come to the wrong war. It's now largely about convincing surface damage rather than toppling structures, and that's something I felt also detracted from Battlefield 3. The smaller Levolution moments add new dynamic events, but sliding train car doors open and shut, or raising bollards is hardly innovative.

One thing that really baffled me was the new vehicle control scheme. Hop on a quad bike and you'll find that your left stick dictates acceleration and turning, while the right controls head-tracking. It's a clumsy design that DICE has stated will give vehicles the same feeling as controlling a soldier on-foot, but for me it doesn't work. I'm not sure what was wrong with the trigger method, but someone, somewhere felt it had to be changed. Luckily, you can revert back to veteran mode if you can't stick the new method.

For all people moan about some regular franchises failing to offer new content with each new sequel, I really do feel that Battlefield 4 is more of an incremental extension of what went before in Battlefield 3. It's largely the same experience again with new maps and some tweaks. However, those tweaks have still given us DICE's best online multiplayer to date - not counting my personal favourite Bad Company 2. So while the Xbox 360 build seems to trundle along with a cough and splutter, I can already see that the next-gen releases will banish most of my complaints through being more populous alone. It bodes well.

So if there's one thing to take-away from this article, it's not that I'm a bitter gamer who's purposely ragging on Battlefield 4 because I wanted Bad Company 3. Not at all. It's just that the Xbox 360 really starts to show its age by giving us a mere 24 players online and by looking a bit tatty. This is a team-orientated series that is capable of delivering insane moments of emergent mayhem that you really can only get in Battlefield. But you need people to make that magic happen, and that spark has been lost in the current-gen build.

I'll be sure to appraise the next-gen editions when they launch as well for the sake of balance, but right now, I just feel lonely.

Disclosure: To assist in writing this article, EA sent Dave an Xbox 360 copy of Battlefield 4.