A brief chat with the man behind the mad, wonderful world of Kingdom Hearts.

It's still insane to me that we live in a world where we can take Kingdom Hearts for granted. Before the game was announced, it was a concept that seemed impossible - Disney handing the keys of their most beloved properties and characters over to a Japanese video game developer, allowing franchises and characters to be mashed together as an excited kid would with their action figures.

The result was a roaring success. It's still crazy when you write it down: these are action RPGs where Final Fantasy characters interact with Disney mainstays, and where the story somehow manages to be a carefree, whimsical wander through fondly remembered Disney films while also presenting a complex and emotional story packed to the brim with typical Japanese RPG flim-flam.

As well as being hugely successful in its own right, the series has also made something of a gaming celebrity out of series creator Tetsuya Nomura. In my experience, Nomura brushes off his status with fans as largely irrelevant to his art: in a 2013 interview with me he described himself as a 'salaryman' - a slang Japanese term for a typical white-collar worker. As such, despite the fame and screaming fans at events, Nomura hasn't changed his approach to creating Kingdom Hearts since back at the turn of the millennium. Perhaps appropriately, given the themes of Kingdom Hearts, Nomura follows his heart. 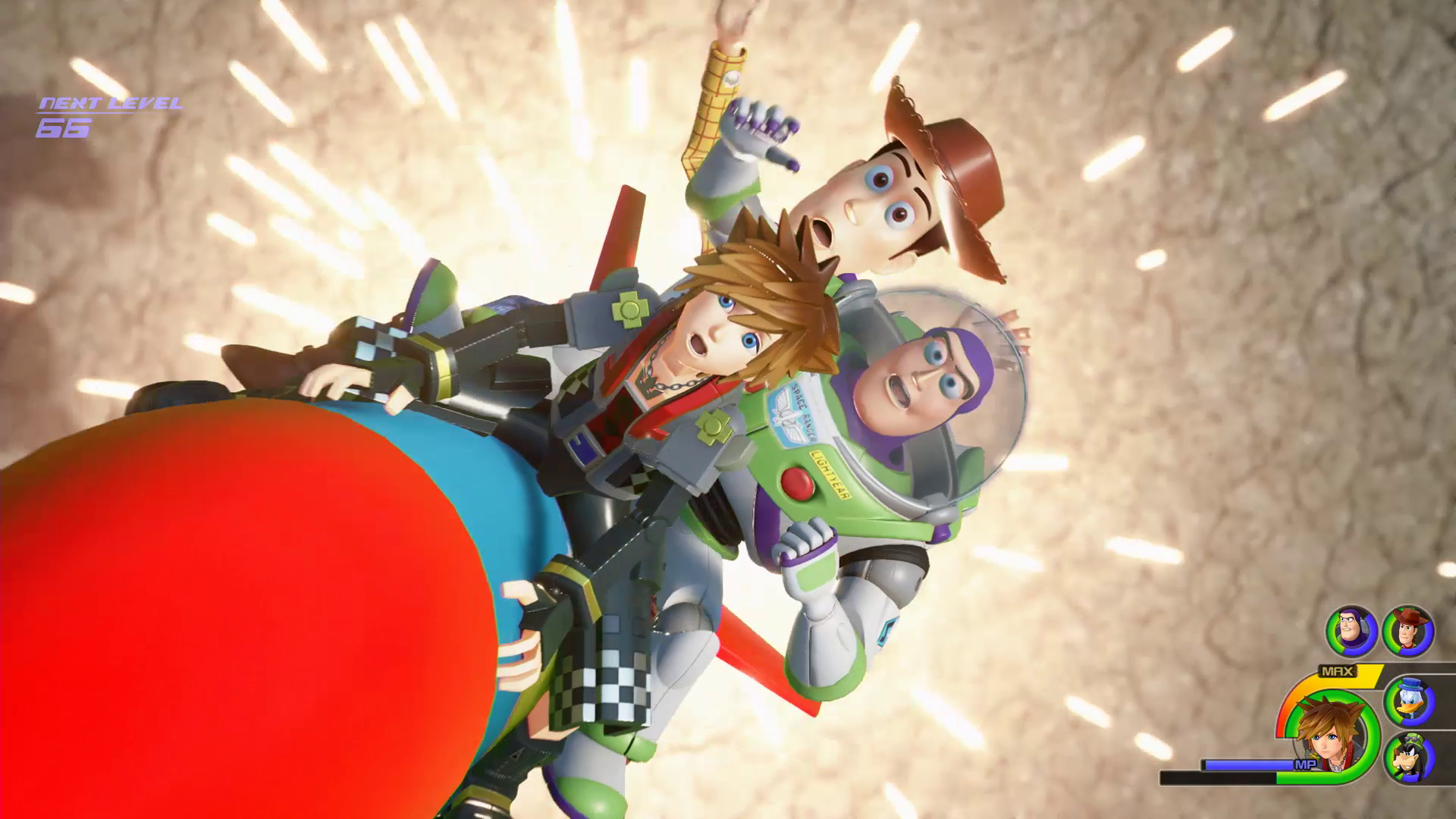 "I have not changed the way I develop since the first game and I have continued to do so in the same style I always have for Kingdom Hearts 3," Nomura explains to VG247.

"I have not really considered the kinds of complicated balancing issues that everyone imagines, and the game stories are simply the result of me making what I wanted to make freely."

Freedom isn't necessarily what one might expect from a collaboration with such a huge mega corporation, but there appears to be an earned trust between Nomura and Disney after so many successful games. At a KH3 event back in May, Pixar representatives gushed about his team's work ethic. Where there are restrictions, Nomura says he feels they've helped the series to grow into what it is.

"As we can now render the worlds in much more subtlety, the level of detail that is put in to them is almost impossible to compare to the previous games"

"It goes without saying that the freedom of movement I have on Kingdom Hearts is different from that on other titles because Disney oversees and edits things," he explains. "But in a sense, I feel that working freely within those boundaries may have produced the balance we have today."

The balance is right, but Kingdom Hearts 3 releases into a very different world than its predecessors. Since Kingdom Hearts 2, the RPG landscape has shifted: The Elder Scrolls rose with Oblivion and exploded with Skyrim. A little studio called CD Projekt released its first ever game. Capcom experimented with big-budget RPGs with Dragon's Dogma, then finally hit gold with Monster Hunter World. Even Square Enix has changed, with the trials and tribulations of Final Fantasy in the last decade alone well documented.

When asked, Nomura says he hasn't given any thought to what Kingdom Hearts 3 might've been like had it released on the previous console generation. Instead, his team is making an effort to ensure that players who didn't play or have forgotten their experiences with the first two games and the spin-offs can get up to speed.

"There aren’t many examples in gaming, but I think that there are cases of film and TV series where viewers can take an interest part way through," Nomura says.

"We have included several elements in Kingdom Hearts 3 to explain the story and get newcomers up to speed the minimum required level of understanding, including a series of videos to explain the story so far at the start of the game. I would be delighted if people who played Kingdom Hearts 3 took an interest in the series overall and went back to play the previous games as well."

As I explained in my positive hands-on preview of the game, one of the biggest differences in Kingdom Hearts 3 is size and scale - something in part enabled by the hardware generation it's ended up on. When all is said and done it seems KH3 might not necessarily have as many worlds as some of the other games, but it's aiming for a level of depth and density that'll be a series first.

"As we can now render the worlds in much more subtlety, the level of detail that is put in to them is almost impossible to compare to the previous games," Nomura says. "In order to get the most out of each individual resource, we prioritized making each world more detailed over adding more of them this time round.

"I think that by putting more emphasis into expanding the vertical aspect of the different levels, it gives a greater feeling that the space you play in has expanded. It is not really possible to do a simple comparison and say how many times bigger the worlds are compared to past ones, but I do think that you can have even more fun exploring all the different nooks and crannies than ever before." 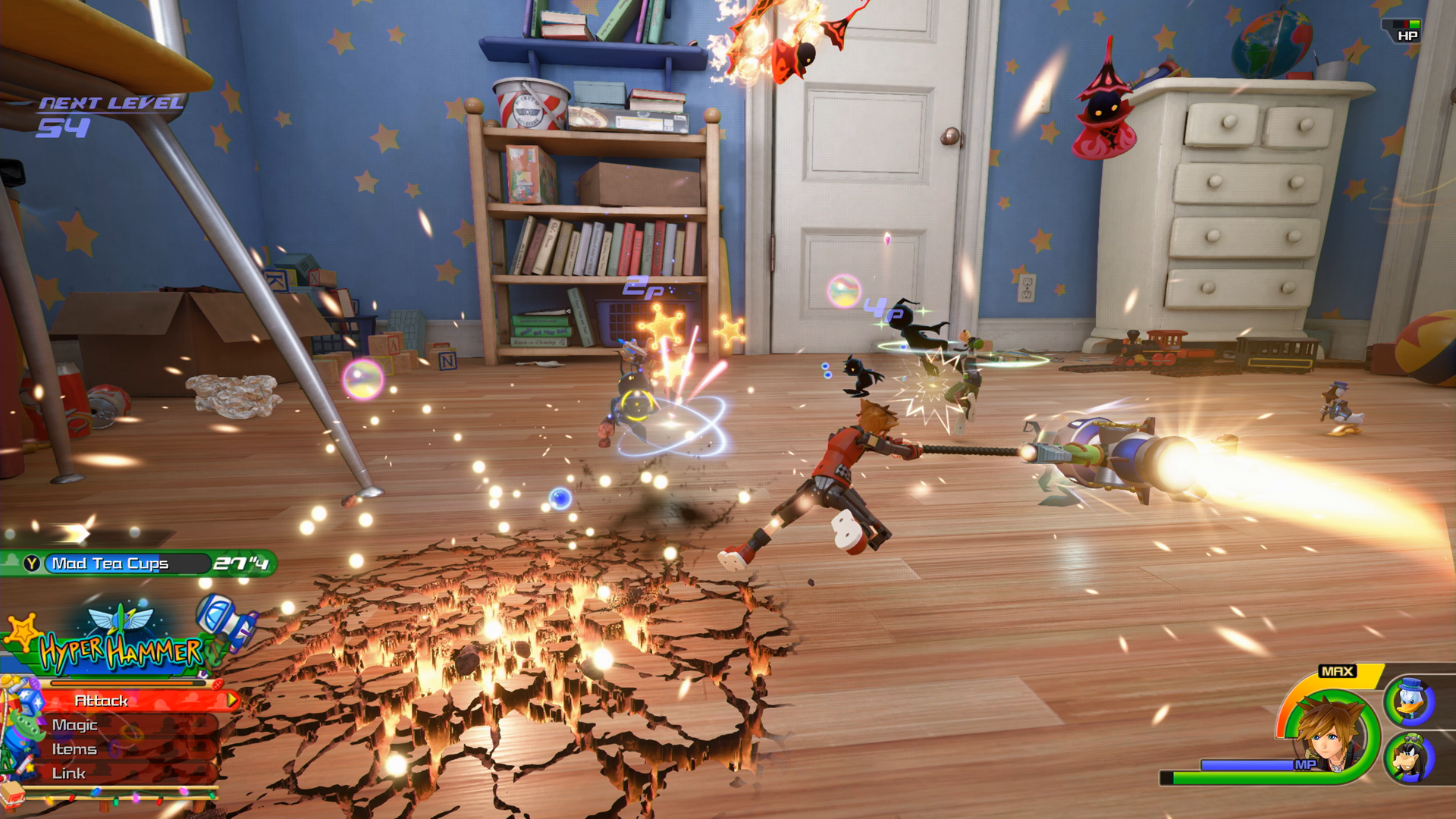 In general, Kingdom Hearts 3 feels like a smart evolution of the ideas expressed in its predecessors - but with the last major game now thirteen years old and more recent entries designed for low-power handheld systems, the jump feels particularly profound. Larger areas, more modern design and a wider variety of weapon move sets all feel like larger jumps, but even the series' iconic Gummi Ship mini-game has been given major thought.

Nomura outlines that evolution, explaining that the first game's Gummi Ship segments held a "symbolic significance," with the second game making it into a more worthwhile side activity. For KH3, the minigame is now envisioned as being the closest thing the game has to an RPG world map, complete with plenty of possibilities for exploration and detailed ship customization.

All of these changes and tweaks will make KH3 as exciting a game for newcomers or lapsed fans as anybody - and from what I've played so far, it does feel like KH3 is an approachable, wide-ranging game with lofty ambitions. Fans don't need to be sold, however - they're gripped by the series' often confusing, stunningly dense plotting - and Nomura is well aware that satisfying those fans means that the original elements of the KH narrative have been pushed further to the forefront because of that.

"The original stuff has grown and multiplied over the years, so there are more opportunities where the player has to be exposed to it," the director elaborates. "The fans now have even higher expectations towards the original elements than before."

Fans will be able to find out how the story concludes on January 25, when Kingdom Hearts releases for PS4 and Xbox One. Those tempted to get caught up should also remember the rest of the series is available now on PS4 in compilation packages.