This article contains spoilers for Judgment.

There’s a lot in Judgment that will be familiar to fans of the Yakuza series. Your first playable moment is a street brawl, and the first of many, while you’ll still get to find different ways of blowing off steam at old haunts like the arcade or batting centre. Nonetheless, as a spin-off, Judgment has the opportunity to let us experience Kamurocho in a different role.

While Kiryu was Yakuza’s heart (and muscle), he was never exactly known for brains. That’s where lawyer-turned-detective Takayuki Yagami comes in, so when the convoluted plot spirals from low-level yakuza serial killings to towering political and corporate conspiracies, you’re actually investigating these complex threads instead of answering with your fists first.

There’s also a difference in age, since compared to over-the-hill Kiryu, Yagami is a younger more nimble character, sporting boyband looks with hair to match. In fact, he’s played by Takuya Kimura, a huge TV star, heartthrob and pop singer in Japan, which arguably gives Judgment appeal to a female audience whereas Yakuza always had Japanese adult men as its primary demographic. 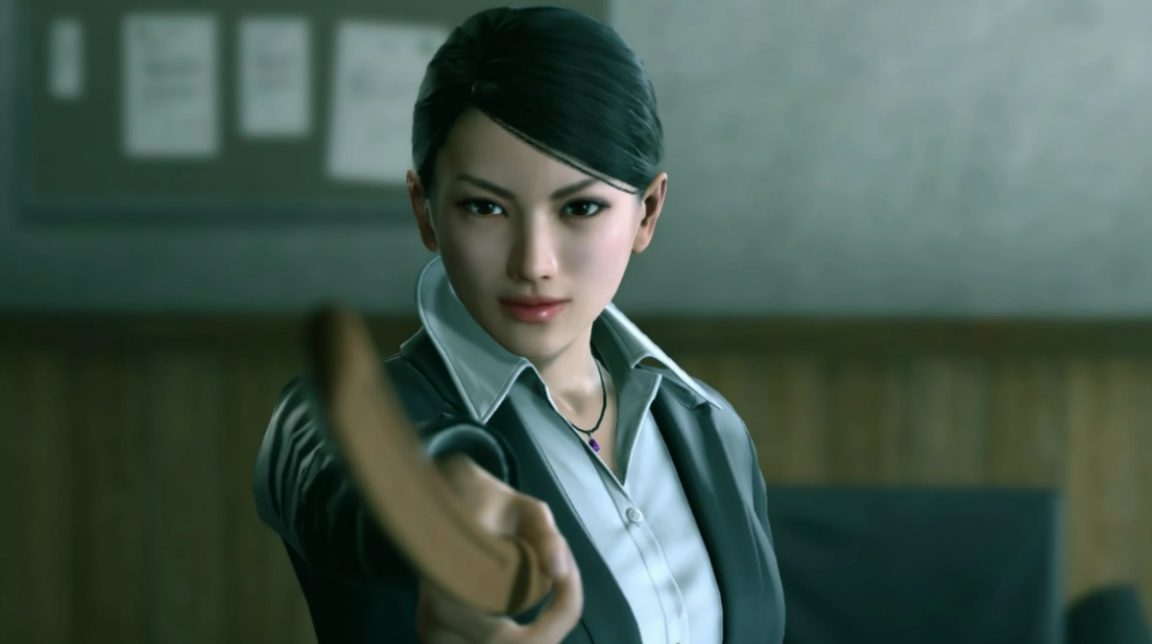 Kamurocho itself has also changed in subtle ways. Based on Tokyo’s Kabukicho, the district is known for its seedy establishments, but Judgment has toned this down by ditching the sleazy mini-games of the past from hostess dates to an underground women’s wrestling cage, while cabaret clubs and soapland parlours are only referenced within a narrative context. Just one observation is how the internet cafe where you could chat up camgirls in Yakuza 6 functions as just the hangout spot of a hacker friend.

But if Judgment feels like Yakuza undergoing a modern makeover in some respects, it’s unfortunately still archaic when it comes to the roles given to its female cast.

One of these ‘classic’ roles is the fridged victim, in this case played by young nurse, Emi Terasawa. It’s her murder, committed by the same man Yagami had acquitted for another murder only a month before, that causes our hero to leave his career as a defence attorney in disgrace.

"The cardigan, glasses and long fringe are a set up to that high school movie trope where the nerdy girl takes off her glasses to reveal she’s beautiful all along, but in creepy video game form"

There’s also public prosecutor Mafuyu Fujii, who being on the other side of the courtroom would make you think she could provide an interesting rivalry with Yagami, like Franziska Von Karma in Phoenix Wright but without the whip. Unfortunately, she mostly exists as a former love interest, the role of big bad prosecutor actually deferred to her male colleague. Her history with Yagami instead only forces her into the damsel role when a rival yakuza gang make a kidnap attempt on her in order to get to Yagami. Oh, she also has a daddy complex with her mentor, who was her ‘first love’ when he was the prosecutor in charge of the case of her parents’ deaths - this being when she was still a child.

That still leaves one other major female character, Saori Shirosaki, who’s also the first person we see in the game. Having gone to the same law school as Mafuyu, she’s as much a lawyer as the other men in her office, even though you might mistake her as a secretary when she’s seen serving tea and answering the phone. She’s a woman of few words but cuts a delicious deadpan wit, while also nursing a bit of a sweet tooth.

The real surprise is that she’s also playable halfway through the game, albeit in two brief instances. It’s however far from the debut you might have hoped, as it’s quickly apparent that she’s tasked to go undercover in roles that are very much limited to her gender - essentially, you’re dolling her up (using the same sort of makeover customisation in hostess mini-games of old) before exploiting her feminine wiles to extract information. 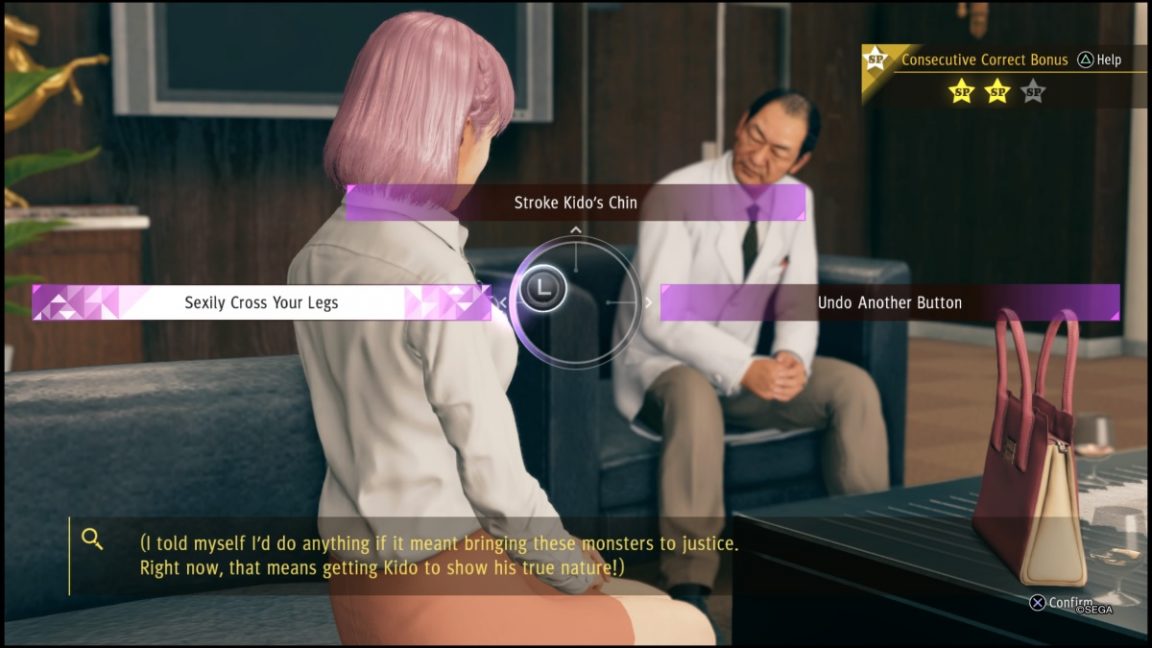 It’s as if her demure appearance, the plain cardigan and glasses further obscured by her long fringe, is set up so that you can reenact that high school movie trope where the nerdy girl takes off her glasses to reveal she’s beautiful all along, in creepy video game form.

But while Saori’s role as a cabaret hostess is at least familiar territory, her second role has her pretending to be a journalist to interview an important male character in his office. However, the real goal is to exploit his womanising habits. So once again, Saori isn’t there to put her lawyer skills to the test, it’s to set herself up as a honeytrap, complete with unbuttoned blouse and short skirt. You’re basically allowing her to be groped and the game’s XP bonus even incentivises you to bait the target to do so with other the correct suggestive actions, all for the goal of catching him in the act with a blackmail recording.

Even as a guy, it’s difficult to play this whole scene without cringing, so I can’t imagine how deeply uncomfortable female players who have experienced being groped would find it, let alone in today’s climate when powerful men can still get away with such acts. It’s hardly a good look for Sega when just last year Valkyria Chronicles 4 had also featured a major female character’s butt getting grabbed.

The problem is these slimy situations happen all too often and share very much the same tone. Play through Judgment’s many side quests and you’ll quickly have Yagami’s tracking down a gang of neighbourhood perverts, including a serial groper nicknamed Ass Catchem. It’s indicative of how some Japanese media play the subject of sexual harassment for laughs with scant consideration for the women affected. 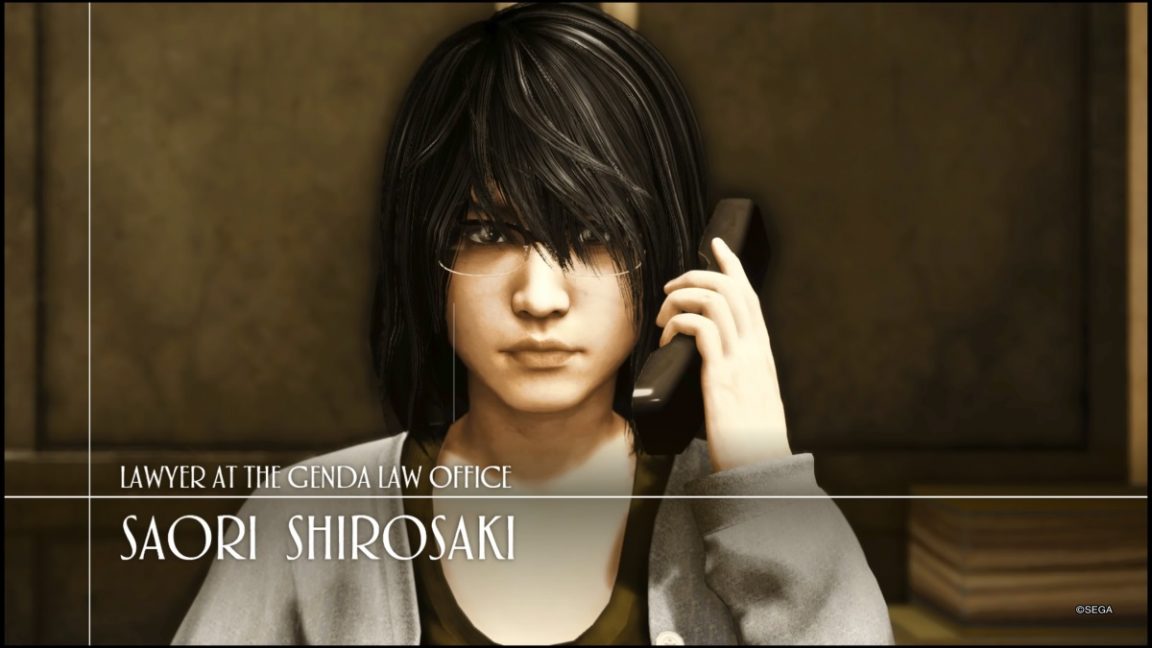 "It’s not that Judgment condones sexual harassment, but by treating it as just another running gag, it’s normalised like other tiring anime tropes such as upskirt panty shots"

It’s not that Judgment or Yakuza condones sexual harassment (after all, you’re usually the one kicking the shit out of the harassers) but by treating it as just another running gag, it’s normalised like other tiring anime tropes from upskirt panty shots to peeping at the girls during the obligatory hot springs scene.

As someone who loves Japanese games, I have to contend with similar problematic elements all the time, and it can reach a point when you just handwave it as just a difference of culture. RGG Studio might have been able to say that with the original Yakuza when it was only aimed at Japanese adult men, but as the series gains more international fans, many of who aren’t just men, it’s hard to see such a defence hold water.

The irony is that the Yakuza series had already proven that it’s capable of creating strong female characters way back with police detective Kaoru Sayama in Yakuza 2. Nicknamed the Yakuza Eater (or the Yakuza Huntress as she’s referred to in the remake Yakuza Kiwami 2), she was a bad-ass who didn’t take shit from anyone and could even hold her own in a street brawl. Even though she ends up becoming a love interest, she’s still very much her own character who Kiryu sees as an equal.

There’s still of course the question of further opportunities in the next Yakuza game, which is drumming up an announcement of a new female actor later this month. Yet when you consider that real-life women who have featured in the series to date have been either models or adult film stars playing the role of club hostesses (in contrast, the men tend to be both voice actor and have their character’s faces modelled after their own), it’s difficult to imagine this new character being anything more significant than a love interest.

But whoever she is, in 2019 we should be expecting better female characters in the Yakuza universe that aren’t just stuck in the same old-fashioned roles. I wished that had been the case for Saori-san because she deserves better - but Judgment doesn’t do her or its other women justice.