Injustice 2 may not change the fighting game community's perception of NetherRealm, but it's already winning the battle elsewhere. 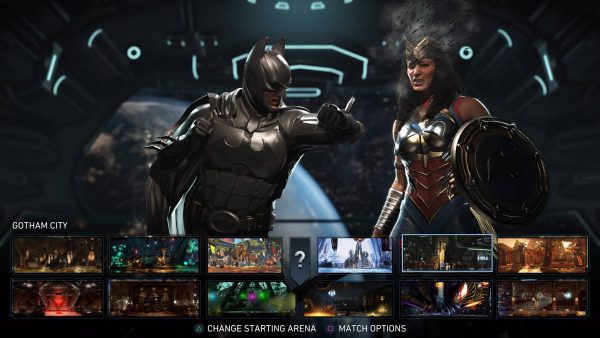 NetherRealm is the only studio that keeps pushing the envelope of what’s possible in a fighting game while others remain content with releasing slim packages.

A NetherRealm game releasing with a satisfying amount of content is hardly a surprise on its own. It is a surprise, though, when it’s the only studio that keeps pushing the envelope of what’s possible in a fighting game while others remain content with releasing slim packages.

The amount of content you get from Injustice 2 at $60, on launch day, is well beyond what any other fighting game of this calibre offers. To start with, you have a 5-hour single-player campaign that has its own beginning, middle and end, featuring a well-written story that anyone with the slightest interest in comics can enjoy.

This isn’t just concept art with some text over it for a story. No, these are fully-voiced and animated, with a voice cast that can easily fool you into thinking this is Warner Bros’ next big animated film. Character faces in particular are exceptionally lifelike, on a par with the work Naughty Dog did with Uncharted 4. The campaign even offers a player choice near the end that demands you play the final few chapters again to see what could have been.

On its own, this mode is nothing short of spectacular, and not just because of how hard it would be to find its equal in any other major fighting game. Story modes in fighting games are often neglected. At best, they’re hastily thrown together with little substance that end up doing nothing more than stitch together a few AI fights. At worst, well just look at Street Fighter 5...

They’re never the focus of these games, and they always suffer in some way from a clear lack of resources. What’s impressive about Injustice 2, and NetherRealm’s last few games, is that it treats this mode the same way it’d be treated in any other genre. 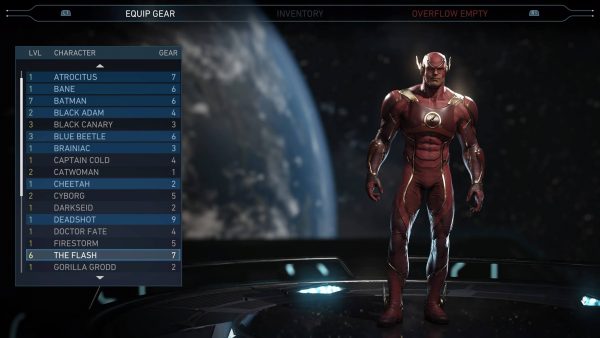 Fighting games have often struggled to make people care about their characters and stories. It’s gotten to the point that I think a lot of them genuinely don’t think it can be done. A story-driven fighting game is an idea that surely gets laughed at in corporate meetings.

Yet, here we are, several games later, and NetherRealm continue to masterfully pull it off again and again, pushing production values even further with each new game. This doesn’t just make for good looking trailers, it underscores a commitment to a specific type of audience: the many who want to enjoy a fighting game but have no interest in reaching the level of proficiency these games demand.

It’s the same audience Capcom shunned at the release of Street Fighter 5. A casual player such as myself is looking for more things to do in a fighting game that won’t involve obsessing over combo timing and frame data. Every mode that helps entertain me and keep me away from the unforgiving online trials is one more thing I will be spending time on before I inevitably put the game down.

Outside of the single-player, there’s the new Multiverse mode, which expands on the Towers mode from the Mortal Kombat series. The idea is that there are infinite Earths in the universe, each with their own heroes and villains, weather phenomena and so on. But, only so many of these other Earths can come into view at any one time, which is as great an excuse as any to rotate and change up the available Towers every few hours. 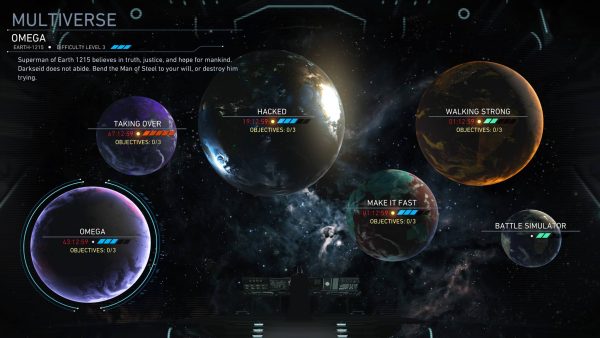 A Tower could be as simple as a series of fights against four or five of the game’s characters. While the more interesting ones shake things up by introducing modifiers to the fights. There are many of these you’ll come across, from simple things like starting everyone off with very slow attacks, to slippery ground, the ability to call another character for help, or tornadoes that randomly appear to knock you or your opponent out.

You can easily log in for an hour every day, finish a couple of Towers and log off. Remind me again which other fighting game has this Destiny-like approach to its core loop.

Some of these may sound unfair, but in practice they’re really not. Because both fighters have to watch out for them, they can be your Hail Mary at a crucial moment, the same way they can be for your opponent.

Every event you finish rewards you with loot boxes, XP, and some in-game currency. The gear system and how it’s worked into loot drops is another way Injustice 2 excels at adding longevity for people who don’t want to spend hours learning the ropes online. Put simply, the gear you earn from playing provides a great incentive for casual players to keep coming back.

No matter the result of the match, you’ll always get something out of it. I can definitely see myself focusing on two or three characters, levelling them up and equipping them with new gear to match my playstyle. Each piece of gear offers a bonus, which means focusing on particular moves is easier than ever. 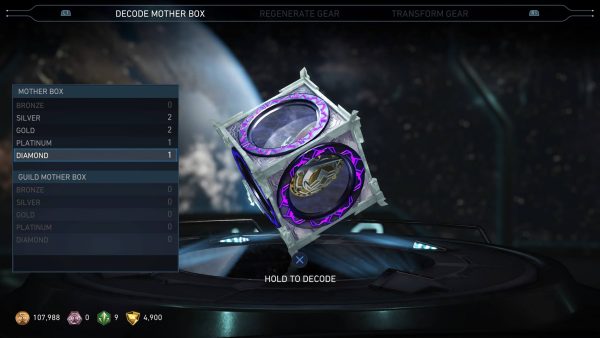 Injustice 2 even doles out these boxes generously, and though I know the option to spend real money is there, I never felt the temptation to do it. You can easily log in for an hour every day, finish a couple of Towers and log off. Remind me again which other fighting game has this Destiny-like approach to its core loop.

And so you have this breadth of things to earn, do, and chase after that you really don’t need to worry about playing against others at all to get your money’s worth. You can earn new gear by playing against the AI, and you can conceivably never fight another random player if you don’t want to.

And when you want to go online, you'll find a wealth of modes, all presented in a neat and inviting way. You can watch others play while you wait for your match to start in King of the Hill, create parties for you and your friends to spar, it’s all there - everything you expect.

I understand that NetherRealm games don’t have the esports presence its developers would hope for. Sure, you’ll find them at every EVO, but Street Fighter is still the king of competitive fighting games.

Instead of continuing to chase the - mostly uninterested - fighting game community, NetherRealm doubled down on the type of players its games attract, offering them more things to do with each new game, to say nothing of the game's approachable gameplay. As a filthy casual, I couldn’t be happier with what Injustice 2 offers, and I dearly wish others would learn from it.