inFamous: Second Son is getting its very own PS4 console bundle. Sucker Punch has confirmed that a release date is coming this week. There's even a pack-shot too.

UPDATE: Sucker Punch co-founder Brian Fleming has this to say on Twitter:

@GAMETAZER @SuckerPunchProd That date is NOT correct, we're announcing the date this week, tho.

So that's essentially a confirmation people. We'll update once a date goes live.

ORIGINAL STORY: It follows the first round of PS4 console reviews. They dropped yesterday. 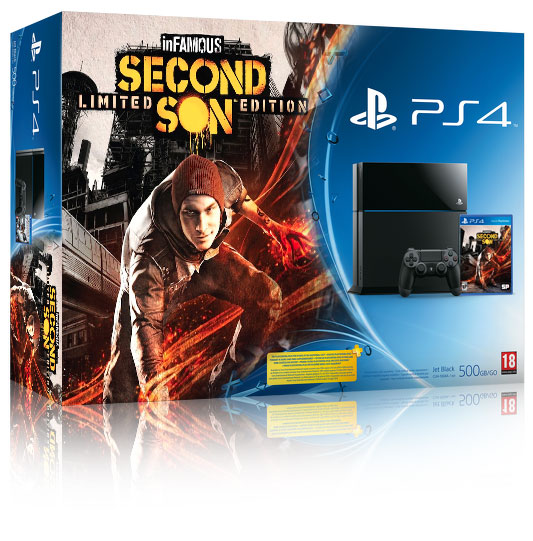 The bundle was listed on retail site Multiplayer.com and comes with a 449.90 Euro price-tag.

They have it listed for a February 7 release - WHICH WE NOW KNOW IS WRONG - and it comes with a PS4, DualShock 4 controller and a copy of the game.

Tempted? We'll have the actual release date before the week is out. Stay tuned.