Homeworld developer Relic Entertainment was bought by Sega as part of THQ's auction last night. While the studio may have been snapped up by Sega, the Homeworld IP still rests with THQ, that's the claim of indie team teamPixel, LLC. The company has set up a 'Save Homeworld' campaign to fund acquisition of the IP and to make a new game in the series.

You can check out the 'Save Homeworld' funding page here, along with a mission statement that reads, "13 years ago, one of the most legendary sci-fi games was released, and the space RTS genre took a giant leap forward in innovation and fun.

"The THQ bankruptcy has given all of us a massive opportunity to put Homeworld back in the hands of gamers. teamPixel respectfully requests the support of Homeworld fans everywhere in helping us raise funds to acquire the Homeworld franchise from THQ during their bankruptcy."

Their plan - if successful - is to see the first Homeworld game released on GoG and Steam, to create Homeworld Touch for touch-enabled devices and to make Homeworld 3, the game that never was.

So who are teamPixel? Well, PCGamesN has discovered that it has largely been involved in mobile apps, desktop apps, as well as web design and web development. Games are not the company's forte, but still they believe themselves to be the right team for the job.

The statement adds that few Homeworld discs remain in the wild, and that it wants to make the game more accessible, doing away with piracy, torrents and other unscrupulous means of obtaining it. The hope is that the campaign will attract newcomers to the series and make the game readily available to all.

The IndiGoGo funding statement also explains that the team has already set about making a prototype of Homeworld touch, and adds, "We've been testing several prototypes, and we've found the experience to be incredibly immersive and intuitive. It's almost like the games were meant to be played this way." 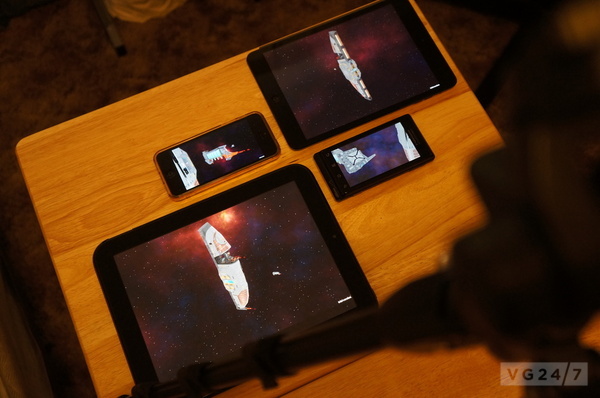 The team says it needs just $50,000 to make all of the above happen. So what do you think? Is this a noble cause? Could it work? Let us know below.