Rockstar's maturation this generation has dumped parachutes and defined the modern console market, pushing the company from Mail-bait and Jack Thompson's favoured target to a creative giant focused on seriousness and emotion. Johnny Cullen explains. 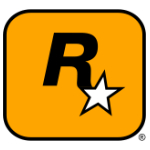 Flagship studio is Rockstar North in Edinburgh, but its HQ is New York-based.

Has released 12 titles this gen, the majority coming from North and San Diego studios.

Let's be honest, here: for many of you, your first experience of Grand Theft Auto was an underage one. It was for me.

GTA III was my first experience at 11 years old. And it was amazing, roaming about this big city doing whatever the hell I wanted. Driving tanks, flying Dodos, killing people at will. That was what defined GTA, for better or worse. That's why it became the poster child for violent games at the Daily Mail.

But it wasn't just GTA that showed Rockstar's edgy side. State of Emergency was incredibly violent, and Manhunt was a perfect example of gaming torture pornography. The title of Bully (or Canis Canem Edit, as it was known here in the UK) speaks for itself.

It was from some of that notoriety that Rockstar got itself into hot water: headlines screamed about underage children playing GTA, death by Manhunt, a video game that actually lets you become a Bully (in fact, it didn't). It was GTA that defined Florida-based lawyer Jack Thompson's crusade against violent videogames, beginning with the Ohio case of Dustin Lynch in 2003.

And to this day, the Daily Mail launches the odd crusade against Rockstar - although Call of Duty is its new favourite whipping boy.

Things will be different

While Rockstar appeared to relish in courting controversy in the last generation, though, we've seen take a new direction in this hardware cycle.

Everyone was expecting a bombshell debut for PS360, but instead got Table Tennis from Rockstar's San Diego studio in May 2006, just before GTA IV was announced at E3.

It was a smart sports game, but way outside Rockstar's norm. To give credit, it did well critically and released at a cheaper RRP than most titles at that time. It stands at 81% on Metacritic five years after its release. A Wii version released a year later. At that time, it was a Rockstar culture shock. We were expecting violence, tits and tanks - not ping-pong.

The crusade looks set to continue in 2012, beginning with Max Payne 3 in March. Ironically, it seems more macho-action-packed than anything the company has put out in the past five years. While it isn't in the hands of Remedy with a story crafted by Sam Lake - although the Finnish developer is consulting on it - Rockstar Vancouver has apparently created something insiders are promising will be "massive".

It would be a year-and-a-half before Rockstar would appear again on the new hardware. Bully came to Xbox 360 and Wii with a Scholarship Edition, but nothing particularly new was added over the PS2 version besides HD graphics and Achievements. It was still the same game it was two years beforehand.

But months after its release, in April 2008, we finally got to see what Rockstar was capable of: Grand Theft Auto IV released. Telling the story of an Eastern European immigrant with a dark past, the game represented a more serious tone than Vice City or San Andreas. There were no tanks, no planes, no parachuting, no making the protagonist fat.

Instead, there was the world of Liberty City. You had a social life, a sex life, and everything in-between. Niko showed a new side to Rockstar. He is one of the most-liked, best-rounded leads in the series. He had a charm never present in games past, something that Johnny and Luis couldn't muster in the DLC.

If GTA in the PS2 era showed Rockstar as the edgy leader of game development, GTA IV showed it could do a mature story. No, there wasn't any crazy, but the brand alone has sold-in 22 million units as of September this year. Rockstar managed the hardware transition by deepening its flagship IP alongside the new tech.

After the release of Midnight Club: Los Angeles, we got the two DLC episodes for GTA IV. The Lost and Damned and The Ballad of Gay Tony opened the door just a crack in bringing the fun and over-the-top stuff of past GTAs into GTA IV. But, good as they were, the stupidness was nowhere near comparable to, say, Vice City or San Andreas.

GTA isn't the only game this generation that demonstrates Rockstar's bid to be taken seriously: Red Dead Redemption ably shows how much the Housers have matured in the past five years. It was announced in 2009, nearly a year after GTA IV released and the first of three Rockstar announcements that year with Agent and Max Payne 3, but it would be another year before we got to see how Rockstar San Diego would follow Red Dead Revolver.

No one expected the result. While Revolver was a plain old action title, Redemption, released in May 2010, was an open-world effort that went past anything previously achieved.

Red Dead Redemption was a run away success, shipping 12.5 million units as of September this year. The ambition, the scope of the world, the ambiance and depth of storytelling captured a boatload of Game of the Year awards, and with good reason. You'd be pretty hard-bitten to not admit crossing over to Mexico with Jose Gonzalez's Far Away playing in the background is one of the finest moments in modern gaming.

While Redemption was "gown-up," however, Rockstar slotted itself into a pattern with the optional extras, continuing down another route other than mature storytelling: Undead Nightmare released five months after the main game, allowing Marston to deal with zombies.

LA Noire further strengthened Rockstar's position as a "serious" games company. All was quiet on the Team Bondi project from its announcement in 2006. No one knew a thing other than it was set in 1940s Los Angeles. As we started to learn more of the crime thriller, it was obvious its incredible facial technology, known as MotionScan, would define the game.

LA Noire eventually released in May this year, a year after RDR's launch. It was a critical darling, scoring 89% on Metacritic. It would also become the biggest-selling new IP in the UK ever at launch.

While the situation at Team Bondi itself turned sour quickly after LA Noire released, the game concreted Rockstar's switch from a "murder simulation" company to one focusing on maturity, bleeding edge technology and plot, even if LA Noire was made externally.

The transformation is complete. Creative bosses Dan Houser and Leslie Benzies, as well as president Sam Houser, have formed a unique take on modern triple-A, a serious interpretation of contemporary mass market success for the current generation.

The crusade looks set to continue in 2012, beginning with Max Payne 3 in March. Ironically, it seems more macho-action-packed than anything the company has put out in the past five years. While it isn't in the hands of Remedy with a story crafted by Sam Lake - although the Finnish developer is consulting on it - Rockstar Vancouver has apparently created something insiders are promising will be "massive".

And then there's Grand Theft Auto V. It's obvious Rockstar North is continuing down the road of character-driven storytelling, even after one trailer, with themes of recession and immigration being forefront to what we've seen so far.

And we're missing one more title. We've seen a logo, but nothing more: we still have Agent. We know it's in the 1970s and we know it's set in the Cold War. It's also still (apparently) a PS3 exclusive. That's it.

Will it be the best Cold War-themed game ever? Probably. It's time we saw a full, proper CW-based game take the mantle from MGS3. Will it define a genre, expand video gaming as a whole and reach for a storytelling level most other triple-A publishers can only ever aspire?

Knowing Rockstar, it can do it. It's a mature company after all.