It was recently announced that the next PlayStation State of Play will specifically focus on upcoming PS4-exclusive Ghost of Tsushima.

Scheduled to air at 1PM PT on Thursday, May 14, the next State of Play is set to offer viewers an extended look at Sucker Punch's highly-anticipated open-world samurai adventure game. You can check out the official tweet from PlayStation below.

State of Play’s next episode is dedicated to Ghost of Tsushima: https://t.co/RnNIBAUKQb

A more detailed description of the event was also shared on the official PlayStation blog.

"The episode will be focused entirely on Ghost of Tsushima, coming to PS4 July 17," the blog post reads. "You’ll get an extended look at new gameplay footage, including exploration, combat and more. The current cut is clocking in around 18 minutes, give or take."

"And just to be clear — there won’t be any PS5 news or updates in this episode, just a big, beautiful look at Sucker Punch’s PS4 open-world epic," it continues. 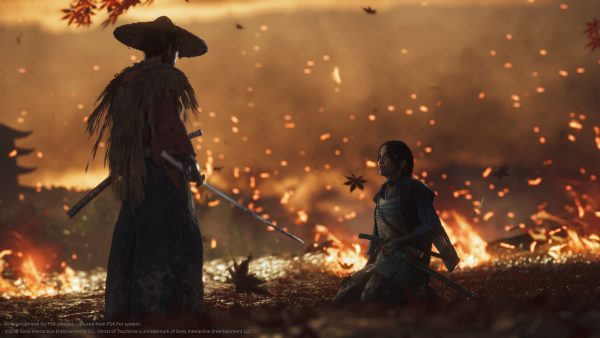 Ghost of Tsushima's story is centered on a samurai named Jin Sakai, who is tasked with quelling the Mongol invasion of Japan as it reaches his clan's home on Tsushima Island. It is set during the 13th century, at which point Tsushima Island is the last bastion separating the encroaching Mongol armies from mainland Japan.

Ghost of Tsushima was originally scheduled for a release date of June 26, 2020. but received a short delay as a result of COVID-19 last month. The revised release date is less than a month after the original one, and sets the game up for a July 17 launch. If you're interested in Ghost of Tsushima ahead of this week's State of Play, it's worth checking out what the Deluxe and Collector's Editions bring to the table.

For more information on Ghost of Tsushima, check out the game's official story trailer in the video embedded below. Ghost of Tsushima is PS4-exclusive, and will not feature the new PlayStation Studios opening animation.