From Software finally revealed its open-world RPG Elden Ring at E3 this week. A new hack-n-slasher from the Souls creator is exciting enough, but Elden Ring represents a special collaboration.

With Souls creator Hidetaka Miyazaki and Game of Thrones writer George RR Martin at the helm, Elden Ring should be something special. But as Miyazaki told IGN, don't expect pages and pages of Martin prose.

Miyazaki claims the format of a game could stifle the writer's approach to storytelling. Instead, Martin will lay the foundations for the world by directing the game's mythology. 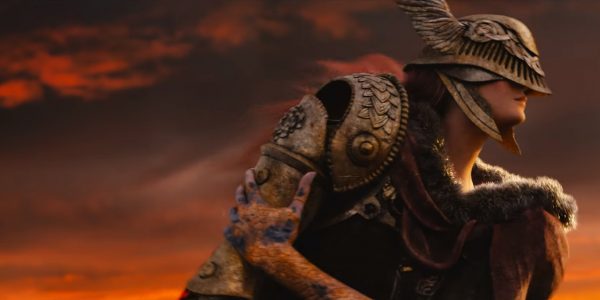 “Thanks to Martin’s lore, Elden Ring’s world and characters naturally have a lot more depth and personality,” explained Miyazaki.

Don't expect any sort of tie-in novel, either. While not expressly ruling one out, Miyazaki wants fans to explore Martin's world in the way they explore all Souls games. Item descriptions, environments, obtuse dialogue - you know the score.

“A novelization would mean that all the secrets and mystery that is hidden in our game would be revealed. From a director point of view, I’m not sure if that would be the right thing to do.”

Miyazaki also briefly explained how the two came together. The Souls creator has been a long-time fan of Martin's, and the two apparently "clicked right away."

We know that Elden Ring will depart from the more restrained worlds of Souls games. But don't fret - From Software's next game will still be extremely hard.

Elden Ring doesn't have a release date. But you'll likely play it on the current generation of console and PC.