Cramming almost a decade’s worth of anime - 291 episodes, to be precise - into one game is a Super Saiyan task fit for Goku himself. Dragon Ball Z: Kakarot summarises the lot with aplomb, but like many anime games before it, struggles to do away with the glacial filler while keeping the iconic characters intact.

At its best, Dragon Ball Z: Kakarot is a beautifully realised romp through just about everything the original show has to offer. Though it’s let down by pedestrian open areas, simplistic, grindy combat, and an overly egalitarian approach to storytelling.

Anyone with any affection for the classic Dragon Ball Z series will struggle not to love the look of Dragon Ball Z: Kakarot. While the terrain textures in the wider world can feel a bit flat in comparison, the design and modelling of the entire cast captures the spirit of the source material really well - surviving the switch to 3D much better than some of Goku’s recent outings (*cough* Jump Force *cough*).

As new things pop up throughout the story, from niche characters to Capsule Corp tech, everything has that nostalgic twinge of familiarity, and that’s down to the cohesively authentic art style.

Dragon Ball Z: Kakarot covers all of the show’s major arcs, including some of the filler ones. Stuff like Piccolo getting a driving licence hilariously makes the cut, while fight-heavy fillers like Garlic Jr miss out.

The main quest generally progresses through a series of spectacle boss fights and fetch quests, with fully-voiced cutscenes in between - available with both English and Japanese dialogue.

A lot of anime games skimp on the voice-over, filling in the blanks with bland text boxes in lieu of anything more engaging. Dragon Ball Z: Kakarot is a massive breath of fresh air in this regard, with almost all of the story content featuring proper voice acting.

There’s just so much story to get through though, and that means some of the more impactful beats from the show can feel skipped over. We spend as much time on Gohan eating an apple as Yamcha getting killed by the Saibamen, or Frieza powering up through his transformations. It’s understandable given the already massive 80 hour run-time of the game, but still feels a bit rushed.

As well, the omission of some of Dragon Ball’s memiest moments is strange. Not once does a giant bald man ask Vegeta what the scouter says about his power level, and that’s disappointing.

Combat in Dragon Ball Z: Kakarot boils down to a mix of button-mashing melee and simple special moves. Regular attacks are mapped to one button - Circle on PS4 - while you dodge with X and fire ki blasts with Square.

Triangle charges your ki to power special moves, which are deployed by holding L1 then pressing one of the face buttons. You call in support characters with the other shoulder button, while you can also hold a trigger to block.

Chucked into a big fight with two supports in tow and a palette of supers at the ready, dodging enemy attacks and responding with flurries of your own, the combat system is satisfyingly frenetic.

However, the simplicity of the system leads to some artificial difficulty, where you’re thrown into unfair fights against punch-sponge enemies with mountains of health. Your foes don’t seem to have to follow the same rules as you either, so they’ll often just spam super move after super move as you chip away with basic combos.

What’s more, the heroes’ energy-based super attacks don’t tend to mesh very well with basic combos. This makes it really clunky to throw out a Kamehameha or similar move after you’ve whittled an opening.

Nowhere are these frustrations more apparent than when you reach the Android arc and bosses start to whip out specials which regenerate their health - only extending the grind. 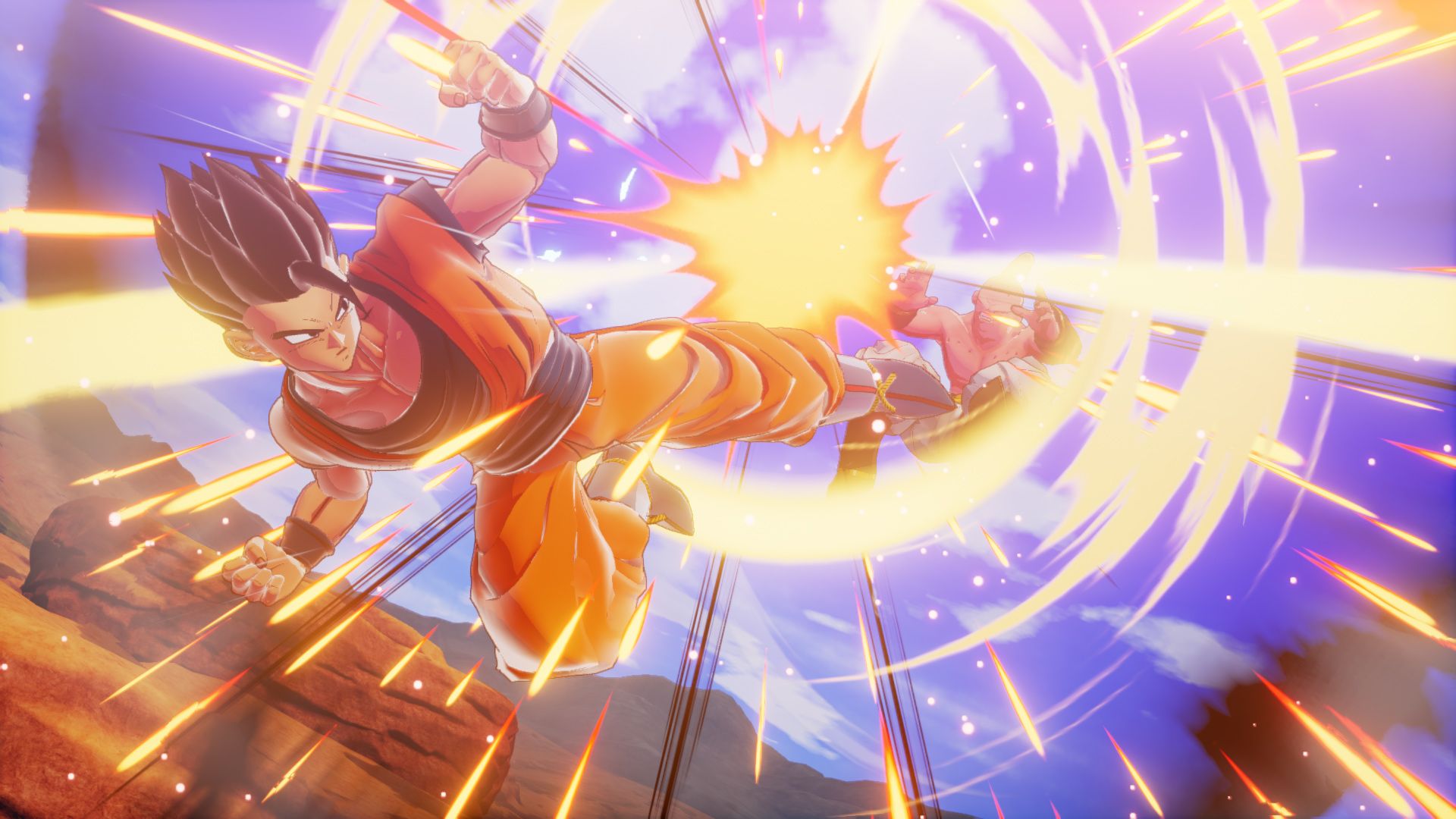 It would’ve been interesting to see more directional inputs to vary up the combos, but that might just have made swapping characters feel complicated since you’re changing between Goku, Gohan, Vegeta, Piccolo, Trunks, and more all the time.

While I definitely enjoyed grappling through the showpiece fights from the series a lot, it speaks volumes that I was actively avoiding random battles in the open areas from the start.

Search for the Dragon Balls

Alongside the core story missions, Dragon Ball Z: Kakarot introduces some RPG mechanics like levelling up and skill trees, as well as more open exploration areas to the series.

From an overworld, you can travel between various locations on the Dragon Ball continent and beyond - including cute recreations of King Kai’s planet, Kami’s lookout, and Master Korin’s tower.

Like the cast, the Dragon Ball-y parts of the open areas are very well realised, and give a great sense of character to the game. But the rest feels sparse. It mostly seems to function as a space to forage for items and ingredients for the cooking and crafting systems - but these aren’t very well integrated into the action, so you can largely ignore them.

You cook meals to give you limited-time buffs in battle, or make full-course meals to grant more permanent stat increases. The impact of these are relatively minor compared to the effort you have to put in to get the ingredients, not to mention you have to sit through multiple loading screens to get Chi Chi to make the best ones.

If these additions could be weaved more thoroughly into the story missions and open areas, or the skill tree buffs made more exciting, then their inclusion would feel more worthwhile. As it stands they're a little too removed from the rest of the game.

An RPG element that I did like though were the Substory side quests and Spirit Emblem Community Board.

As you meet characters in the main story and through side (fetch) quests you’ll unlock their Spirit Emblem, which you can then place on a Community Board to boost your stats, increase the effects of items, or change the world state. 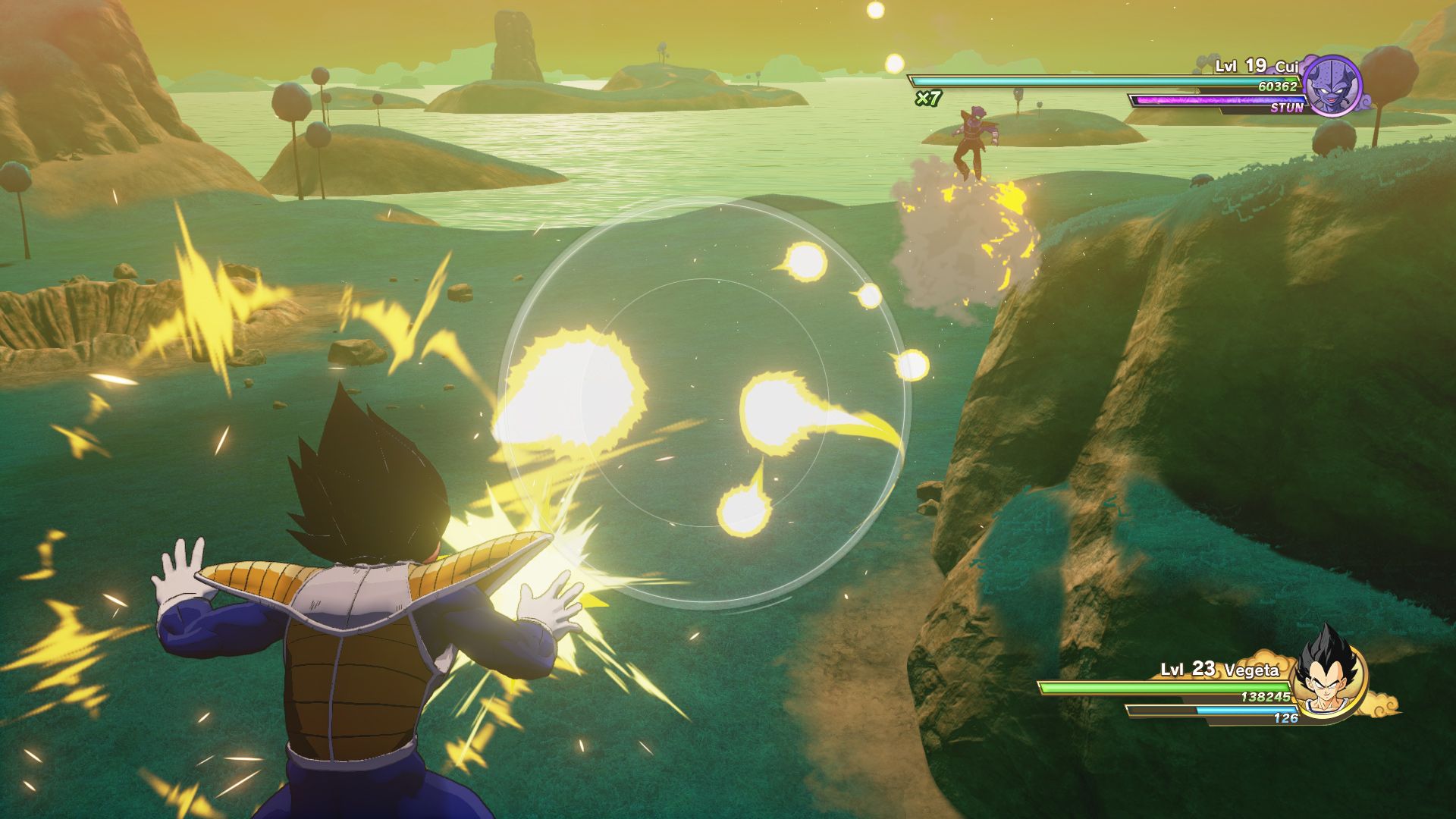 Spirit Emblems for connected characters grant each other bonuses when they’re touching on the same board, so not only is it a great way to introduce filler characters into the game, but it’s also a collectathon and light puzzle which oozes fan-service.

There’s definitely potential in Dragon Ball Z: Kakarot, much of which you could build on in a sequel. But when you’ve blasted through the entire Dragon Ball Z canon in the first game, where would you go with a second? Straight to DB: Super, probably.

But whether you’ve grown up with Goku and friends, or you’re a first timer who’s never fancied sitting through 300 episodes without getting to play a part in the action, this is still a great way to experience the classic story.