The NPD has released its analysis for the month of January 2020 noting year-over-year declines across the board.

The decline was attributed to a slim release slate compared to last year when Kingdom Hearts 3 and Resident Evil 2 were released.

Dragon Ball Z: Kakarot was the best-selling game for the month, making it the third-highest in sales for the Dragon Ball Z franchise.

Call of Duty: Modern Warfare was the second best-selling title, and maintains its spot as the best-selling game over the last 12 months.

The best-selling game in US history, GTA 5, made a return to the top five and Ring Fit Adventure jumped to ninth place.

Platform-specific best-sellers were: Super Smash Bros. Ultimate on Switch; and Dragon Ball Z: Kakarot on PS4 and Xbox One.

You can look over the top ten best-sellers for retail and digital below.

Nintendo Switch was the best-selling platform for the month in both unit and dollar sales.

In accessories and game cards, total spending in January reached $238 million, which is an 11% decline yoy. The Xbox Elite Series 2 Wireless Controller was the best-selling accessory for the third month in a row, and is the fifth fastest-selling game accessory in US history.

Overall, January 2020 spending across accessories, game cards, hardware, and software totaled $678 million, which is down 26% yoy. The decline was attributed to the late console life of PS4 and Xbox One and light new releases. 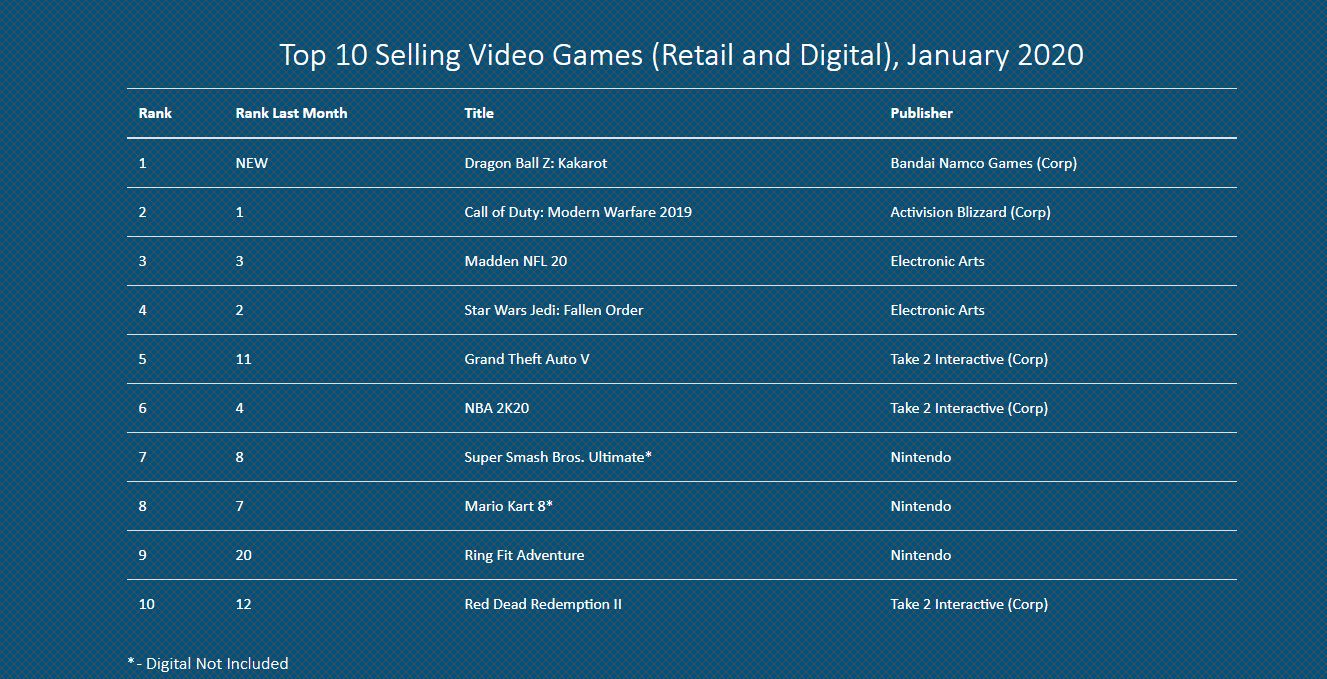