Overwatch fans really care about the shooter's characters. Why? 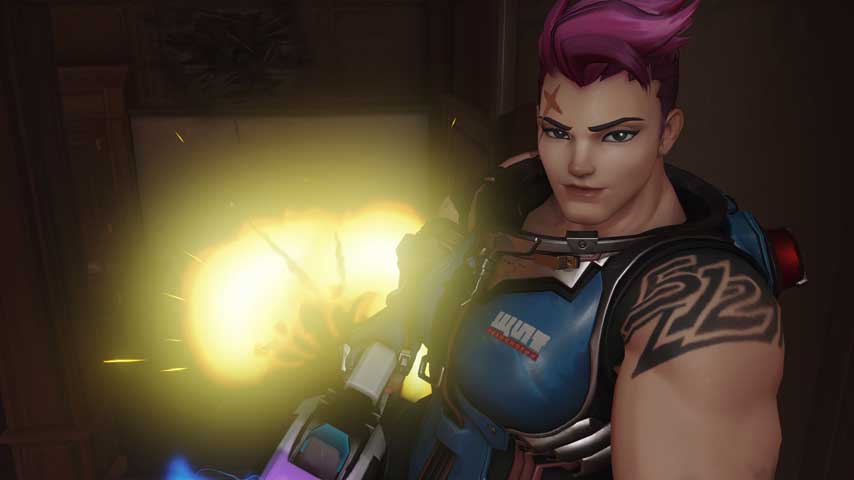 Overwatch is the subject of a new behind the scenes feature and it's full of interesting stories from the blockbuster FPS's development.

It's common knowledge that Overwatch was a last chance project for the team responsible for the cancelled MMO Titan, but here's some new intel from comments provided to the PlayStation Blog: it started as an MMO.

The former Titan team had a couple of ideas for its last chance project and they weren't super original - an IP set in an existing Blizzard universe or an MMO set in a new universe. But while discussing how a new MMO might be different, Overwatch designer Geoff Goodman came up with the idea of having lots of classes with a few skills each rather than a few classes with a lot of skills each.

Putting this idea together with artist Arnold Tsang's early Titan concepts, Overwatch director Jeff Kaplan suggested replacing the classes with characters; instead of creating a new, customised character in a class, players would get to know individual heroes from a roster. Blizzard liked the idea and suggested moving forward with it, and by the end of that same day the team had already put together 48 hero concepts.

That's all really cool, but there are plenty of games with huge casts of characters which nobody gives even a slice of a rat's arse about. What makes Overwatch different, despite Blizzard's stinginess with lore and narrative?

The answer is: a lot of good design. Jeremy Craig was responsible for all the little touches that make Overwatch's characters memorable despite bring an FPS - the way they appear in full character model form in menus, the victory poses and Play of the Game.

“But Jeremy was just so savvy that we are an FPS and to get the players to identify with the characters you have to make them larger than life.”

Similarly, Blizzard worked hard to ensure every Overwatch character was different both in terms of abilities and design. That's why they all have such distinct silhouettes, colour palettes and animations, as well as hints at their backstories in game with features like voice lines, and more overt lore materials like the animated shorts and comics. The diversity of nationalities, lifestyles and backgrounds on offer means a wider variety of players can find something to relate to or enjoy about at least one character.

The full feature on Overwatch's origin is super interesting and well worth a read, so hit the link above for more. Now's a really good time to reflect on the shooter's history, given that we're now celebrating Overwatch's one year anniversary.

What a year it's been, going from all new IP and a developer's first crack at a new genre to the blockbuster Overwatch is today. Funny to think it all happened because Titan got the axe, isn't it?