Diablo 3: Reaper of Souls and the next-gen editions of the RPG serve as Blizzard's confidence scheme. Phil Owen was at BlizzCon to quiz the studio on why Diablo makes up a huge part of its ongoing plans. 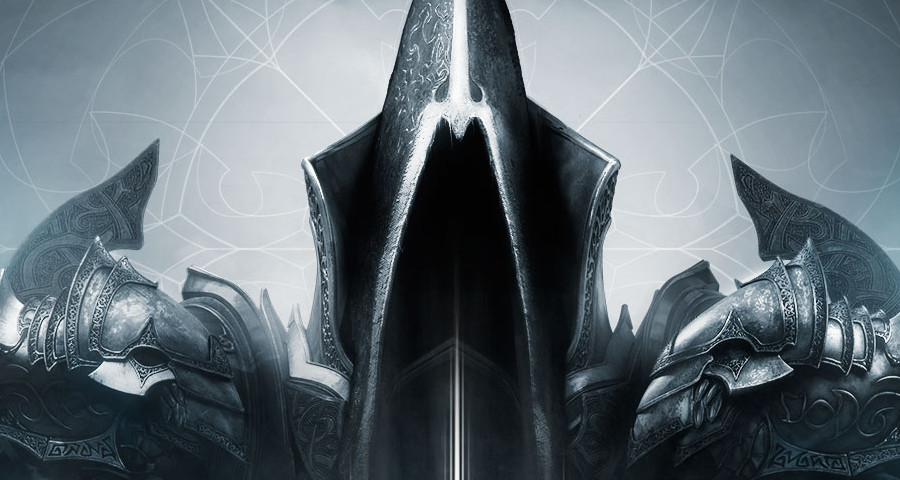 This year at Blizzcon there a number of different, typically huge Blizzard things vying for the attention of the attendees, from Hearthstone to Heroes of the Storm to the fifth World of Warcraft expansion all the way over to a double dose of Diablo 3 with both a story expansion and a PS4 version prominently on display.

The console editions of Diablo 3 function so efficiently that Blizzard personnel are regularly peppered with inquiries about whether they originally designed the game with a console port in mind. Like clockwork, each of them denies that is the case.

But when I stepped into the game room reserved for media last weekend, I immediately noticed a stark culture clash. Three walls and the room’s core were rows of PC stations for everything Blizzard had to show (along with a table of iPads for Hearthstone), with each station having its own uncomfortable chair. On the fourth wall, however, sat two large televisions which faced a corresponding pair of leather couches. A couple dozen spots for us to sit tensely, and four in which we can chill or whatever. Though the bulk of the stations at which we could play Diablo 3: Reaper of Souls sat PCs. We could only play cooperatively on those couches, while using DualShock 4s.

At the show I spoke with three Diablo 3 designers, one of whom works on the next-gen console edition of the game. Jonny Ebbert is his name, and the words he gave me when I questioned him about the overall Diablo team’s priorities were enlightening, no matter how you choose to take his comments.

“Blizzard started off as a console developer back in the day with Rock n Roll Racing and Blackthorne and Lost Vikings,” Ebbert said. “And then Warcraft 1 came along and suddenly that was a game changer, suddenly we were all about the PC, and success builds on success. We never stopped dreaming of going back to consoles.

“Now that we’re back on consoles, our focus is to bring this game to as many new fans as possible, because a lot of console fans may not be familiar with Blizzard games, they may not have played a lot of our PC products. We’re committed to bringing as much of the Blizzard magic to as many console fans as possible. However, we’re just as committed to bringing Blizzard games to the PC as well. Our focus I guess is everyone. We really want to make great games for as many people as possible.”

In other words, you are a big deal to Blizzard, and so are you, and you. But after I had a go with Reaper of Souls’ new class, the Crusader on PC, I went a round with him on PS4, and one bit stood out immensely. The Crusader has an ability called “Steed Charge” in which he hops on a horse and is supposed to ride around leaving a trail of fire that does periodic damage to whatever beasties are caught in its wake. Perhaps I’m just dense, but with a mouse that skill seemed rather unintuitive while it then made perfect sense with a gamepad in my hands.

“There are some skills that lend themselves better to PC, and there are some skills that for a number of reasons might feel better on console,” said Wyatt Cheng, technical designer on the PC version of the game. “Our goal is to take the basic mechanics of each skill and make them feel as good as possible no matter what platform you’re playing on.”

After Cheng and level designer Jesse McCree reminded me I was playing a work in progress, I still couldn’t help but ask if Steed Charge had been designed with a controller in mind. They asserted that it began simply as a power fantasy - there simply wasn’t enough charging into battle on horseback in Diablo 3.

“All our skills start with the fantasy first, and then we think about the mechanics, the gameplay and the controls,” Cheng told me. “And all of those things are done to support whatever the fantasy is.”

While, sure, it’s conceivable or even likely that the Diablo team may emphasise one side more than the other as they continue to build the multiplatform experience that is Reaper of Souls, there’s no chance of either the next-gen console owner or PC gamer getting a meaningful shaft here - aside from PS4 Diablo III being playable offline while the PC version may never be. That doesn’t mean nobody will be left behind as the Diablo III experience moves forward, though.

“Right now we’re focusing all our energy on PlayStation 4,” Ebbert said. “ It’s a really exciting platform, Sony’s been a great partner to us, and we are really excited about the horsepower it provides and the social features that it opens up. So we’re putting all our energy there, trying to get that version of the game to our standards, which I like to think are really high.

“Once we do that, we will look at current-gen and we’ll be able to make a decision [about] is it possible to get all this functionality back onto current-gen. We have a lot more power on the PlayStation 4, we have a lot more features we can capitalize on. Once you get used to that, sometimes it can be hard to kinda port it back to something that has significantly less processing power. We’re gonna look at it, and do the best we can.”

Yes, those folks who don’t have a gaming PC or high-end Mac, or aren’t picking up next-gen consoles for a while may see their Diablo 3 experience end at the base game. Blizzard is offering incentives to upgrade, sure, as a PS3 player can import their characters into the PS4 edition, which comes with Reaper of Souls by default. Given that we’re still well out from the expansion’s launch, Blizzard isn’t saying if they’ll be attempting to entice folks to upgrade beyond those effort.

But that apparently, the Diablo team isn’t even working on Reaper of Souls for PS3 and Xbox 360 means there are limits to what lengths Blizzard will go to in order to win the hearts and minds of the entire world. It isn’t as if Diablo is the endgame here, however.

"If console players aren’t familiar with Blizzard, we have to prove to them that we make great games just like anybody else. So we just want to put our best foot forward, make the best game that’s possible,” Ebbert said. “I think a lot of Blizzard fans, including myself, started off liking one Blizzard game, and you liked it so much when you saw they made another game you thought, ‘Hey, that one was pretty cool. I’m going to give this other one a try.’ or ‘I liked that one too, and, oh, they made another one! Oh my goodness.’ So yes, we are hoping that one game will lead to them trying and loving another.”

The long-term future of Diablo III, then, is to be a gateway drug into the Blizzard universe for the console crowd. Diablo 3 on consoles isn’t a diversion, or an attempt at a quick buck - it’s Blizzard’s new long con.