Darksiders 2 will contain five hours of additional content when it releases on Wii U during the console's launch window, THQ has announced.

The bonus-content not included in other formats on disc will consist of the first DLC expansion, Argul’s Tomb, as well as all pre-order bonuses from other editions, which is where the five hours of additional content originates. It will also contain legendary weapons and armor.

Darksiders 2 takes advantage of the system's GamePad, utilizing the touch screen to display map and objectives as well as giving quick access to abilities and Death’s inventory.

The Wii U system’s gyro functionality will also be utilized to allow players to evade enemy attacks, manipulate objects in the world and steer their character during swimming and riding sequences.

Have a look at the box art below, and a trailer for the game can be found in the main Wii U launch titles post for the US. 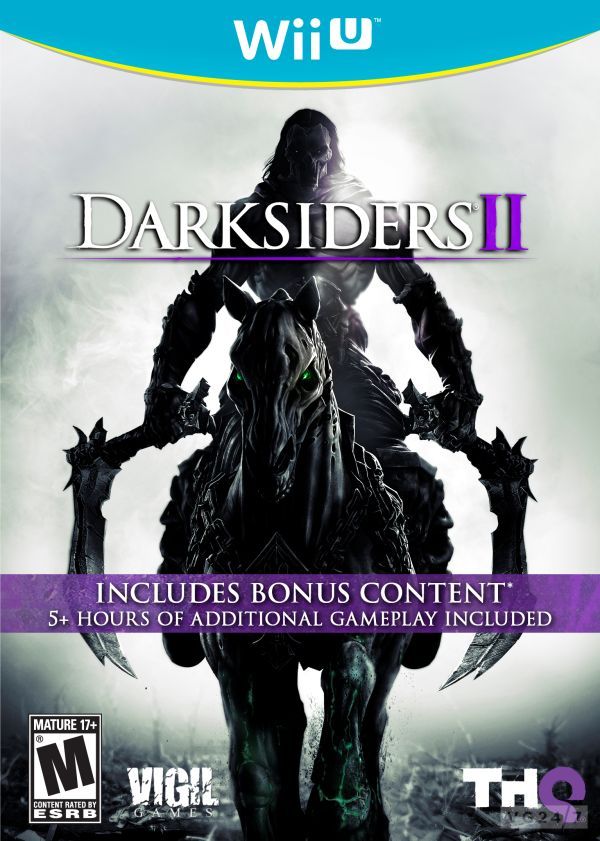