Glistening, beautiful, resplendent - everyone loves shiny Pokemon, even if they are rarer than Torchic teeth. Despite the name, shiny Pokemon aren’t all that sparkly, but rather alternate colourways of regular Pokemon that appear once in a blue moon. The best way to get them is by building a catch combo, but they’re not the only bonus for running up a streak. Here’s everything you can get from Pokemon Let’s Go catch combos.

Building a catch combo in Pokemon Let’s Go is simple: all you need to do is catch multiples of the same Pokemon in a row. Every time you do, you’ll build a up your combo, giving you a variety of boosts and bonuses that help you throughout your Kanto journey.

Thanks to Reddit detectives, we know that the benefits from catch combos are capped at a streak of 31, as well as a lot of the specific stats behind what you can get from combos. 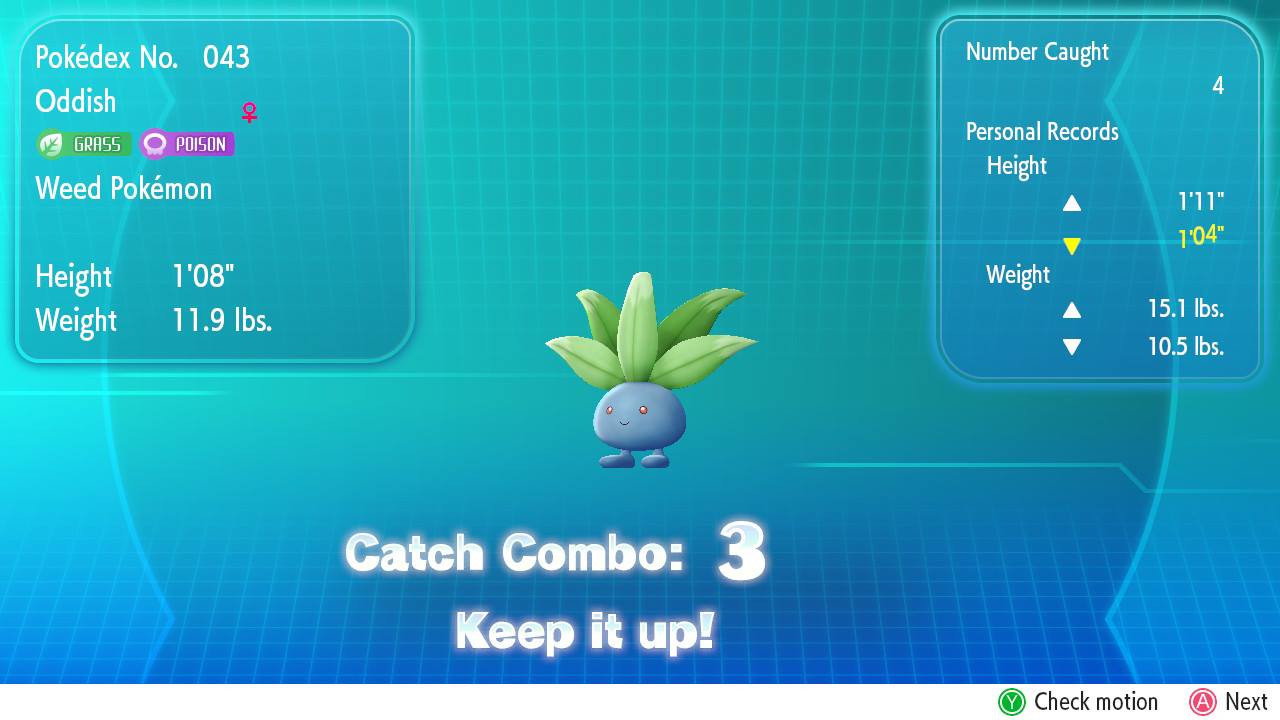 It’s also worth noting that the bonuses that you get for running up a streak only apply to the next Pokemon that would continue that streak - you can’t transfer to another type of Pokemon. For instance, if you’re trying to catch a perfectly IV’d Kangaskhan, you can’t catch 31 Venonat and apply that combo’s bonuses to the next Kangaskhan you see.

The most obvious plus point for building a catch combo is the bonus exp that you gain for each Pokemon caught. This can make catch combos an effective method for grinding experience points for weaker team members to level them up quickly. You’re not going to be able to consistently catch new Pokemon to get that exp bonus, but you will be able to keep a catch combo going quite easily. 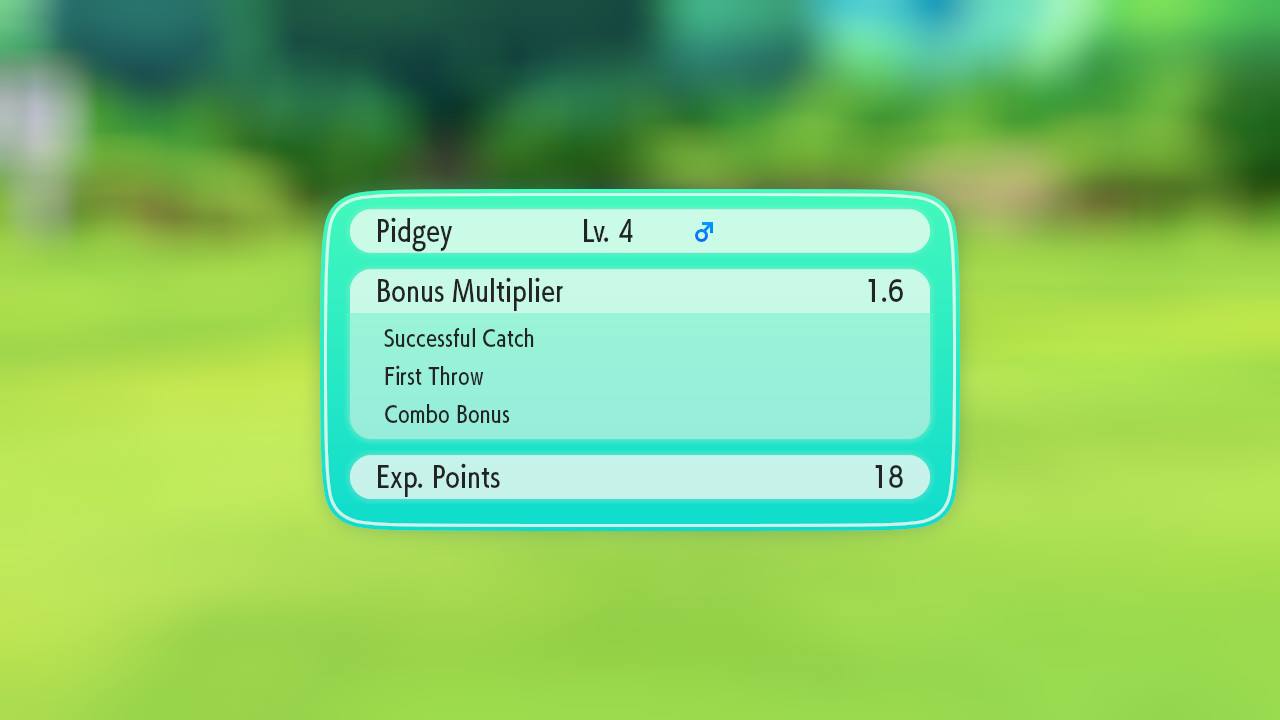 Combine this boost with the Technique Bonus you get from catching Pokemon using the Joy-Con controls while your Switch is docked for even better results.

This won’t be news to hardcore Pokemon fans, but wild Pokemon have seven hidden stats that influence their strength in battle: these are HP, attack, defence, special attack, special defence, and speed. These stats are vital to min-maxing the competitive side of Pokemon battling but don’t worry too much if you’re just in it for collecting.

As your streak gets higher, the Pokemon that you catch will be guaranteed to have a number of perfect hidden IV stats. The maximum is at a streak of 31, where each Pokemon should have at least four perfect IVs.

How to catch shiny Pokemon in Pokemon Let’s Go

As mentioned, shiny Pokemon are different coloured versions of regular Pokémon and are considered a badge of honour for die-hard collectors.
They’re also about as common as a talking Meowth, so you’ll have to specifically try to track some down if you want to build up a number of them. 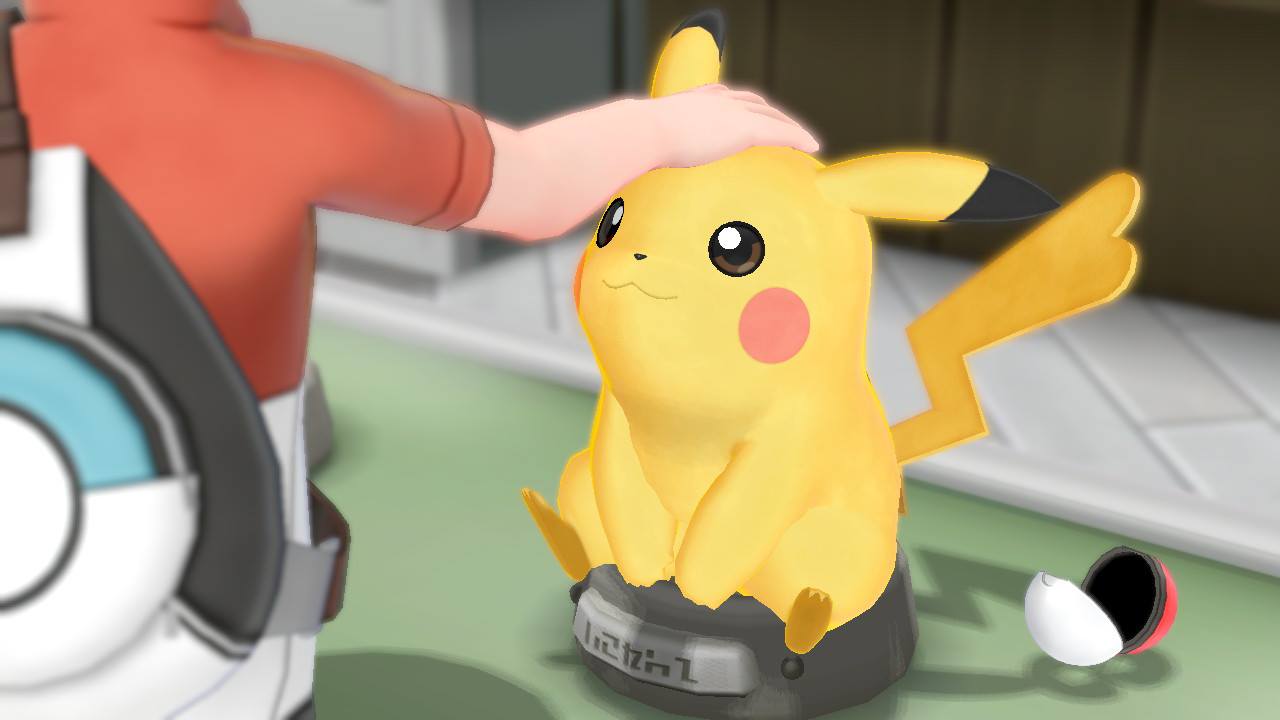 The standard spawn rate of a shiny Pokemon is 1 in every 4096 - pretty slim. But there are a few things you can do to stack the odds more graciously in your favour. The first is to use a lure. We have a dedicated page on how to use lures to catch rare Pokemon, so check that out if you haven’t seen them.

A lure doubles your chance of finding a shiny to 1 in every 2048. But your chances can be improved yet further by using the Shiny Charm.

How to get the Shiny Charm in Pokemon Let’s Go

To get the Shiny Charm, you find need to complete your Pokedex of regular Pokemon and speak to Professor Oak. You can then collect a Shiny Charm from the GameFreak office in Celadon City.

Once you have, your chances of finding a shiny will be even greater - around 1 in every 1350.

But the best thing is: these bonuses stack. This is where catch combos come in. Your chances of finding a shiny Pokemon also increase as your catch combo increases, which also stacks with the previous two effects for the best chance of grabbing a shiny.

At a max catch combo multiplier of 31, your standard chance of finding a shiny is 1 in every 341. With the addition of a lure that increases to 1 in every 315.

When using a shiny charm at max catch combo your chance is 1 in every 292.

Then when you combine everything together - max combo, shiny charm, and lure - your chance is a relatively surefire 1 in 273. Happy hunting!

For more on the finer elements of Pokemon Let’s Go, take a look at our guides on how to catch Meltan and use the Mystery Box, and how to use the Fortune Teller to influence Pokemon natures.