Candy Crush Saga has turned one on mobile formats with half a billion downloads across all formats and 150 billion games played since launch.

In a press release sent to VG247, Candy Crush Saga developer King spooled off several mind-boggling stats. Games Guru at the studio Tommy Palm said, "The past year has been one of the most exciting times for King since Candy Crush Saga launched on mobile. The incredible milestone of more than half a billion downloads of the game, as well as the continued enthusiasm from our community, really delights the entire King team. Fans can look forward to even more exciting new Candy Crush Saga content over the coming months, including an exciting new twist to the game."

Here's some stats for your brain to digest and we've got an infographic below:

Are you or were you a Candy Crush addict? Do you still play it now? Let us know what you think below, and stay tuned for my interview with Tommy Palm on the creation of Candy Crush Saga next month. 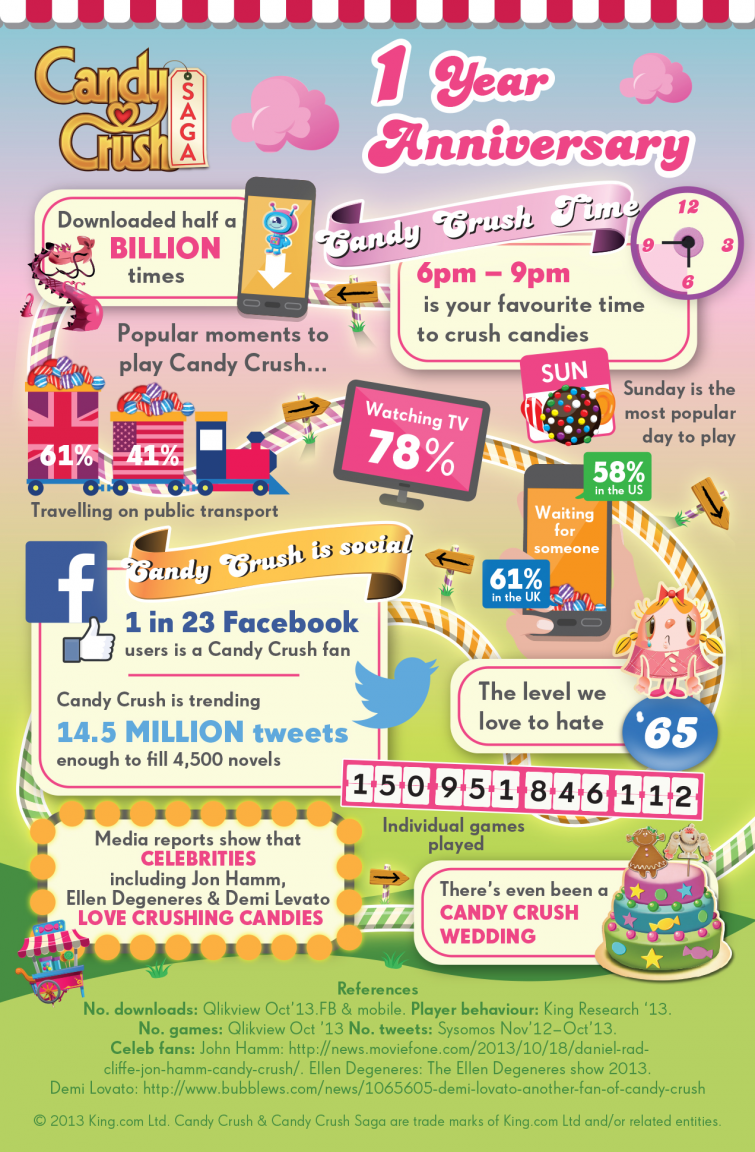