Blizzard has revealed a number of new ways through which the developer intends to tackle the Overwatch hacking problem in Korea. 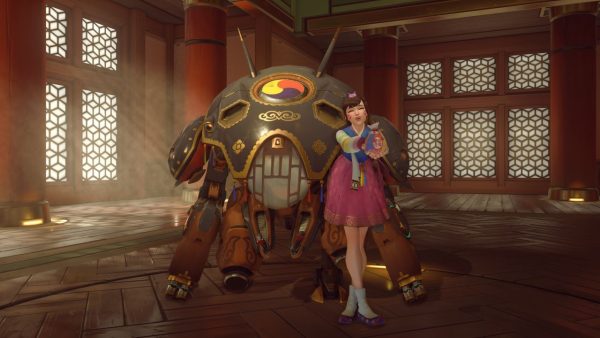 Overwatch is very big in Korea. With a PC and eSports-focused country like that, you're naturally going to have cases of players trying to use any advantage they can get, even through cheating.

The issue is so widespread in Korea because of the prevalence of cyber cafes (PC Bangs), which is where a large number of Overwatch players game. In a statement on the Korean Battle.net (later translated to English), the studio outlined a multi-prong approach.

First, Blizzard said it's keeping up with the latest cheats and hacks, implementing back-end changes that are sometimes unannounced, in order to combat them. This extends to taking action against developers of said hacks.

"It’s critical for us to be able to maintain the integrity of our games, and for that reason, we will always seek to stop the development and distribution of these programs through whatever means we can—including taking legal actions against developers and distributors when necessary," reads the post.

In the short term, Blizzard will be cracking down on inappropriate use of VPNs by cheaters, though the post did not outline how.

Finally, and perhaps the most crucial of all, is that starting February 17, certain Battle.net account policy changes will be be made so that only players who own a copy of the game in their Battle.net account home region can play. This particular policy will also carry over to Diablo 3 and StarCraft 2 later.

Put simply, Battle.net accounts registered outside of Korea will not be able to play game unless they have a license appropriate for that region. Because Korean Battle.net accounts are connected to social security numbers, cheaters often just create new EU and NA-based accounts and use them to hack.

"This approach will help us ensure we’re providing the best possible game experience for our community, while at the same time allowing us to address any unintended side-effects that occurred from allowing non-Korean Battle.net accounts without game licenses to access Korean IGR services," Blizzard added.