Billy Mitchell, or "King of Kong" if you will, has been stripped of his Donkey Kong records by Twin Galaxies.

The organization has also stripped Mitchell of high score records in other arcade titles such as Pac-Man.

Along with stripping him of all records, Mitchell is now banned from submitting scores to Twin Galaxies.

Oh how the mighty have fallen.

Mitchell has been under investigation by Twin Galaxies since February over evidence of emulation software being used to achieve submitted Donkey Kong scores.

Due to Mitchell being stripped, Steve Wiebe, who starred in the 2007 documentary King of King alongside Mitchell, is now noted as the first person to hit the 1 million point record. 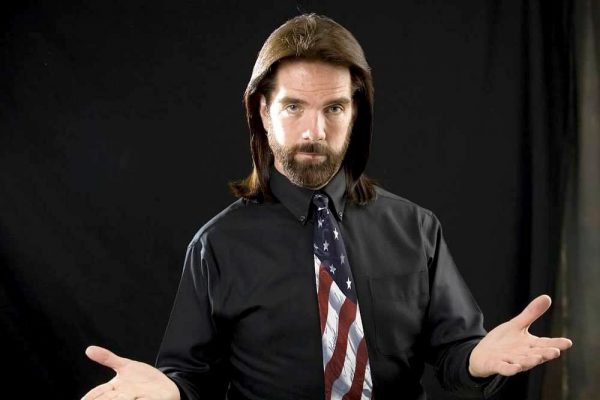 The official statement from Twin Galaxies is below (thanks, Variety).

Based on the complete body of evidence presented in this official dispute thread, Twin Galaxies administrative staff has unanimously decided to remove all of Billy Mitchell’s’ scores as well as ban him from participating in our competitive leaderboards.

We have notified Guinness World Records of our decision.

On February 2, 2018 Twin Galaxies member Jeremey Young ( @xelnia ) filed a dispute claim assertion against the validity of Billy Mitchell’s historical and current original arcade ”Donkey Kong” score performances of 1,047,200 (the King of Kong “tape”), 1,050,200 (the Mortgage Brokers score), and 1,062,800 (the Boomers score) on the technical basis of a demonstrated impossibility of original unmodified “Donkey Kong” arcade hardware to produce specific board transition images shown in the videotaped recordings of those adjudicated performances.

Jeremy’s assertion concluded that not only can original “Donkey Kong” arcade hardware not produce the board transition images shown in the recordings, but that these transitions were actually generated through the use of MAME (emulation software.)

Jeremy Young provided his dispute case evidence to the dispute thread for both public and Twin Galaxies scrutiny and review.

Twin Galaxies has meticulously tested and investigated the dispute case assertions as well as a number of relevant contingent factors, such as the veracity of the actual video performances that the dispute claim assertions rely upon.

In addition to Twin Galaxies’ own investigation into the dispute case assertions, at least two different 3rd parties conducted their own explorations and came to identical conclusions.

Most notable was the 3rd party (Carlos Pinerio) that Billy Mitchell engaged to help examine the dispute case claims on his behalf, utilizing whatever original equipment Billy could provide, whose final finding was consistent with Twin Galaxies investigation and others.

Additionally, during the evidence gathering period of this dispute, numerous experts, hobbyists, and casual observers participated and contributed to this investigation.

Here are our specific findings:

– The taped “Donkey Kong” score performances of 1,047,200 (the King of Kong “tape”), 1,050,200 (the Mortgage Brokers score) that were historically used by Twin Galaxies to substantiate those scores and place them in the database were not produced by the direct feed output of an original unmodified Donkey Kong Arcade PCB.

– The 1,062,800 (the Boomers score) “Donkey Kong” performance does not have enough of a body of direct evidence for Twin Galaxies to feel comfortable to make a definitive determination on at this time.

– The 1047 and 1050 score performance videos we have in our possession (and are basing our determinations on) are in fact the performances that were used by previous Twin Galaxies administration as justification for those scores to be entered into the database and for Twin Galaxies to attribute those specific accomplishments to Billy Mitchell. We have several different and unique sources of these performances and access to private historical Twin Galaxies referee e-mail distribution records showing where these sources acquired their copies and what the purpose was.

– Of significant note is that it is very straightforward for anyone to check the authenticity of the 1047 performance source tape by just cross-referencing the digital capture video of the performance that has been posted in this dispute thread with the very public “King of Kong” movie gameplay footage along with its DVD extras.

– While we know for certain that an unmodified original DK arcade PCB did not output the display seen in the videotaped score performances, we cannot definitively conclude that what is on the tapes is MAME.

– To definitively conclude that MAME was used, Twin Galaxies would need to comprehensively rule out the possibility of all other methods that could produce what is seen on the tapes. This would mean testing all other emulators other than MAME across all other platforms to eliminate the possibility that a different emu was used. It would also mean testing visual effects software and anything else we can think of to be definitively certain. This kind of testing is beyond the scope of the dispute case needs.

From a Twin Galaxies viewpoint, the only important thing to know is whether or not the score performances are from an unmodified original DK arcade PCB as per the competitive rules. We now believe that they are not from an original unmodified DK arcade PCB, and so our investigation of the tape content ends with that conclusion and assertion.

Twin Galaxies has endeavored to provide a fair opportunity and reasonable amount of time for all sides and interests to present their thoughts and evidence as it has evaluated this dispute claim.

Twin Galaxies has also investigated this matter as comprehensively as reasonably possible to make sure that its findings are as informed as possible.

Throughout every step of this investigation, Billy Mitchell had the opportunity to answer questions and contribute to the public dispute thread. However, he was under no obligation to participate in this dispute thread and as such he chose not to do so.

Twin Galaxies is only looking at the dispute claim assertions about score performances and either validating or refuting those claims specifically – it is not evaluating people.

Twin Galaxies would like to give a huge thank you to all involved in this dispute from all sides. Our community, the DKF community, @xelnia and @YesAffinity specifically and many many others have contributed tremendously and deserve proper and full recognition.

Hopefully it is becoming more and more obvious that we care very much about our scoreboard integrity and will continue to improve it step-by-step, no matter how painful or public it might occasionally be.

This has been said before, but it is important to repeat that Twin Galaxies is dedicated to absolutely rooting out invalid scores from our historic database wherever we find them.

Twin Galaxies’ recent efforts to build a dispute system for the purpose of allowing scores to be questioned in a centralized and documented manner have enabled all of the available evidence regarding Billy Mitchell’s score performances to finally, after many years, be concentrated, examined and discussed by non-anonymous members of the gaming community and Twin Galaxies administration. This system has created a permanent body of evidence for examination.

Anyone looking into their own past with honesty and a desire to improve will likely find things potentially messy and uncomfortable. Twin Galaxies has experienced a nice big dose of that again with this dispute. However, Twin Galaxies understands that this is required for it to continue its commitment to accuracy. As we all have learned, this cannot occur overnight and must be a step-by-step process.

Just as in other disputes, we definitely know that many in the gaming community operate with a general urgency and would have preferred to see this matter resolved more swiftly.

However, Twin Galaxies, as part of a comprehensive process and in its position of authority, must ensure due diligence. Our public documentation of our processes and conclusions are intended to satisfy scrutiny for the long term, so in instances where warranted our comprehensiveness must go above and beyond what would normally satisfy.

Our methodic approach has allowed many things to surface, not only related to this specific score, but other scores as well as some previously never-before-discussed video game related history.

We must repeat, the truth is the priority. That is the concern. Whatever it takes.

Twin Galaxies continues to strive to earn and maintain trust over time by making supportable decisions and taking sensible actions.

Thanks again to all who contributed time, effort and expertise to this case.