The first story DLC has been released for Battleborn along with a new competitive multiplayer mode and some skins for select heroes.

Today's DLC Story Operation, Attikus and the Thrall Rebellion, centers around Attikus who is "reliving" the third Thrall uprising. You can play solo as any Battleborn hero or co-op with up to two friends and fight through the "streets and rooftops of the Tempest slums."

Those who own and played Battleborn during the open beta in April will receive the fist DLC Story Operation free, so all they need to do is log-in and update the game.

Players interesting in competitive multiplayer will be able to jump into the new, free multi-phase mode Face-Off from today. Here, they will fight against an enemy team and groups of invading Varelsi forces. Teams will need to pick up masks the Varelsi drop, deposit the masks, and earn points.

The first team to reach 500 points wins, but it won't be an easy win: killing Varelsi makes them mad so they will get tougher as the battle rages on. 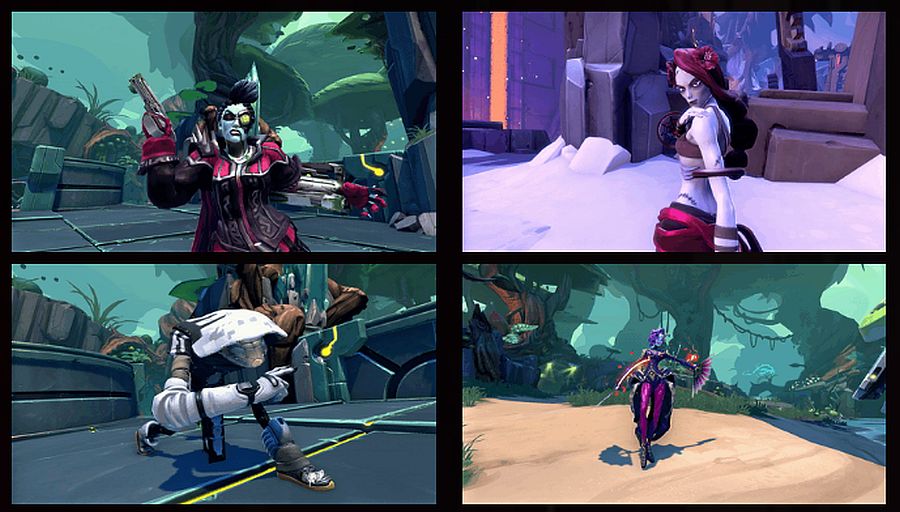 There are new skins available too in the Battleborn in-game Marketplace for Alani, Deande, Pendles, and Reyna.

Along with the new content, Gearbox has also patched the game with character balancing, removing collision between allied players, adjustments, changes, bug fixes and more. Full patch notes are over on the official website.

The studio also provided a list of content in the works, noting that the second Battleborn DLC Story Operation, Toby’s Friendship Raid, would arrive later this fall.