To get started, head to the bar in the East of Saint Denis, just above where the I in Denis is on the map. You’ll find a Frenchman, Charles, who’ll ask you to buy him a drink, to which Arthur agrees. There’s a bit of banter with him about being a prize asshole and that you shouldn’t believe in art.

After your chat, he’ll give you a drawing of a woman and you part ways. Hang around the area for a while and Charles will eventually leave the bar and head home.

You’ll hear a bit of a commotion and you can run to the marker to find a man pulling Charles from a house at gunpoint. Intervene to save him from being shot and he’ll invite you to his art exhibition to say thanks.

A marker will appear after a time showing you where to go – you’re still in central Saint Denis, so don’t worry about travelling far. Once you enter the gallery, you’ll hear a couple quarrelling about how progressive Charles’ art is and how much time the wife is spending with him. You can see where this is going.

You can also find a Cigarette Card sitting on the side table in the first room you enter. Look around the gallery and amongst the busts, you’ll spot a painting that looks exactly like you, too. Eventually, you’ll reach a room filled with nude paintings of local men and women, which the viewers aren’t very pleased about it.

A fight will ensue, so go ahead and join in the scuffle. Afterwards, follow Charles to a house that likely belongs to a mistress. 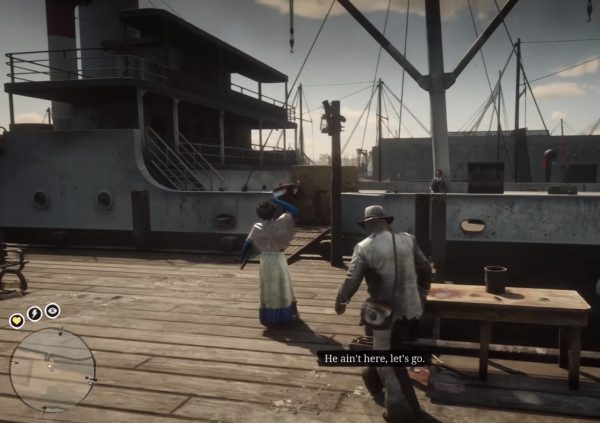 Wait for a new marker to appear then meet up with Charles, who is dressed as a woman. Once you reach the tram, you’ll need to stay hidden behind it so a group of men who are after Charles won’t find you. He shat on their bar, so you’d be wise to do a little run to keep up with the tram.

Keep following him to reach the Docks where a group fo men will try and attack you. Take care of them and send Charles safely on his way. Eventually, you will receive a reward letter stating that Charles has sold on his works to New York, so his drawing could be worth a few bob. 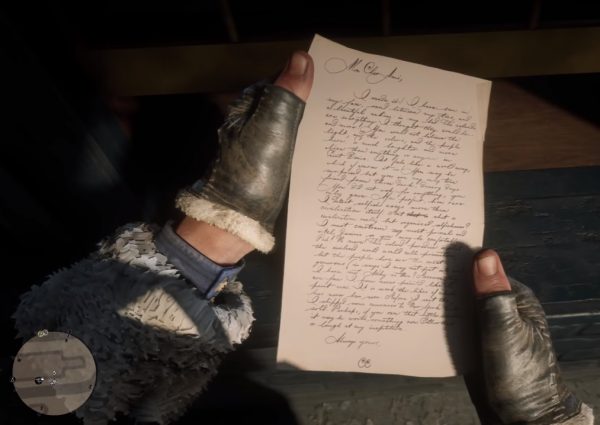 And that’s it! If you’re new to Red Dead Redemption 2, then check out our guides on where you can find the best weapons, the best horses, how to fast travel around the map and how to get rich quick.

You can also read more on where to hunt Legendary animals, where to find the Trapper and how to level up your Dead Eye in our ultimate Red Dead Redemption 2 guide.