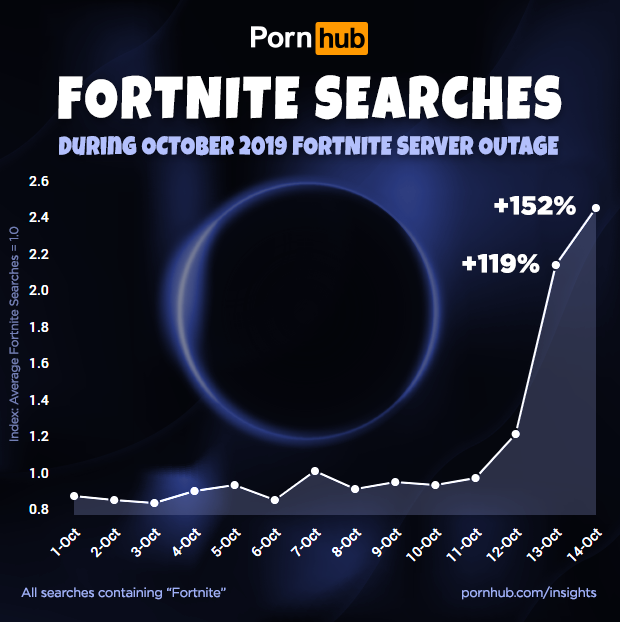 During the event, Fortnite waved goodbye as its original island was sucked into a black hole to be replaced by a brand-new map after a couple of days of darkness, signalling the start of Chapter 2, Season 1.

But while some players mournfully waited for the game to come back online, Epic’s official stream of the Fortnite black hole gave idle hands more than a few ideas. Searches containing the phrase “black hole” shot up as high as 9640% above average during the downtime. 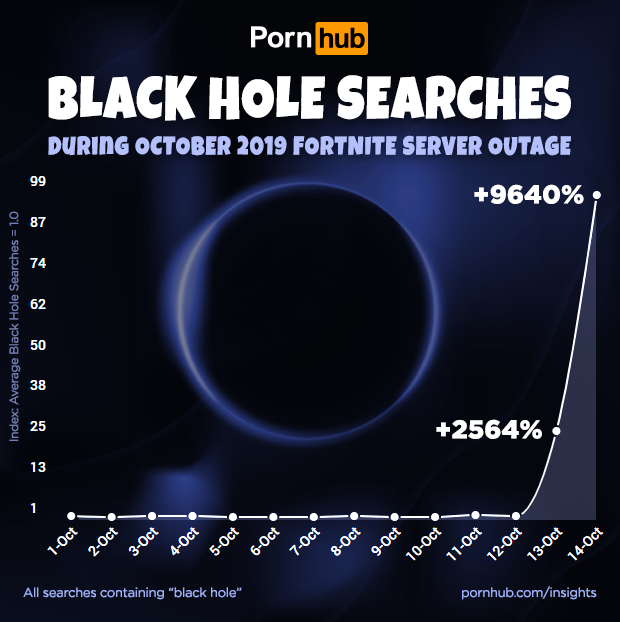 We have better holes to stare at than #Fortnite

More generally, using Google Analytics affinity data the Phub Insights team found that at 9PM on October 13 – just after the black hole ruined (or made better…) everyone’s evening – traffic from users specifically interested in video games was over 10% higher than normal. 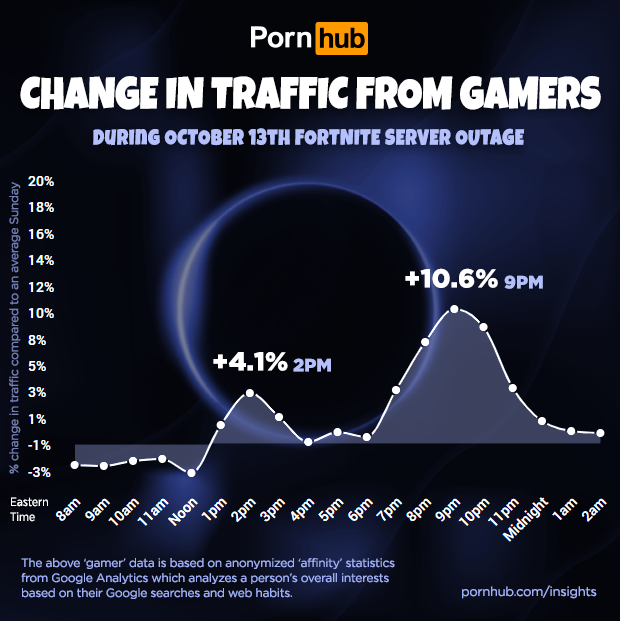 Now please enjoy this uncensored image of the material in question: 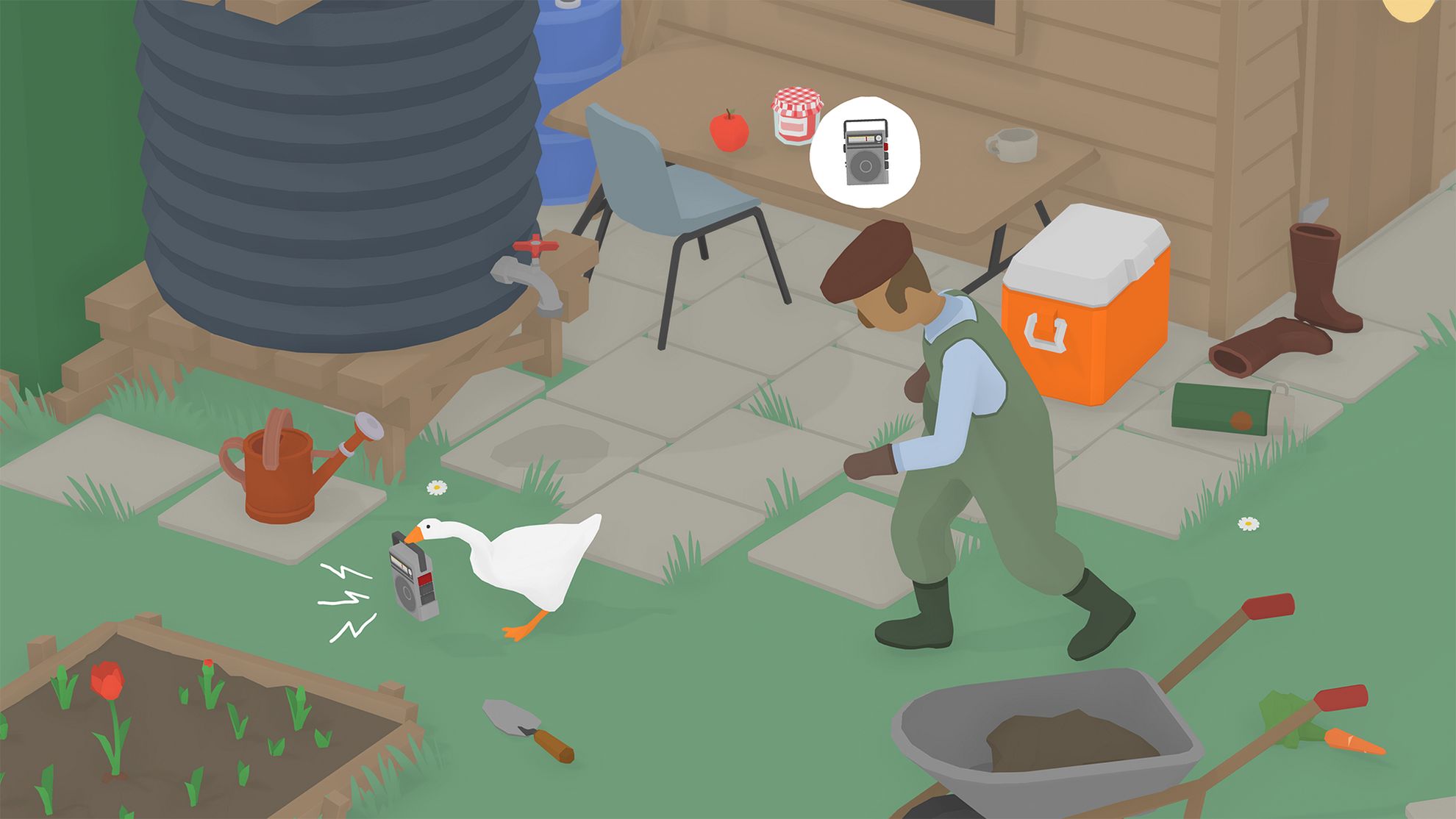 For some more SFW Fortnite fun, you can find out how Chapter 2, Season 1’s new medal-based progression system works here.

Or if you’ve already got to grips with everything and finished off your challenges, here’s where you can find the letter F for Fortnite in the Week 1 Loading Screen, or add the Downpour victory umbrella to your locker.