If you want your Fortnite Christmas presents to be a surprise, back away now.

The 14 Days of Fortnite event was announced as part of the v7.10 update, and will feature a range of new and existing Limited Time Modes with a variety of rewards. You can now get a peek at the LTMs and rewards on offer thanks to dataminers on Reddit, and if you made it past the spoiler warning, you clearly don’t care about the element of surprise, so let’s dive in and have a good old root around to see what Epic has in store this holiday.

We already know the event will have large team modes that will switch every two days and small team modes rotating every 24 hours. The datamined rewards include a new pet gingerbread man pet, and a glitzy wrap that was found alongside the Candy Cane wrap, which was officially announced yesterday.

Silox13 posted the event’s rewards on Reddit, but notes that the “14th reward is unknown.” We’ve popped two versions of the image below so you can actually see the emote in the second picture. 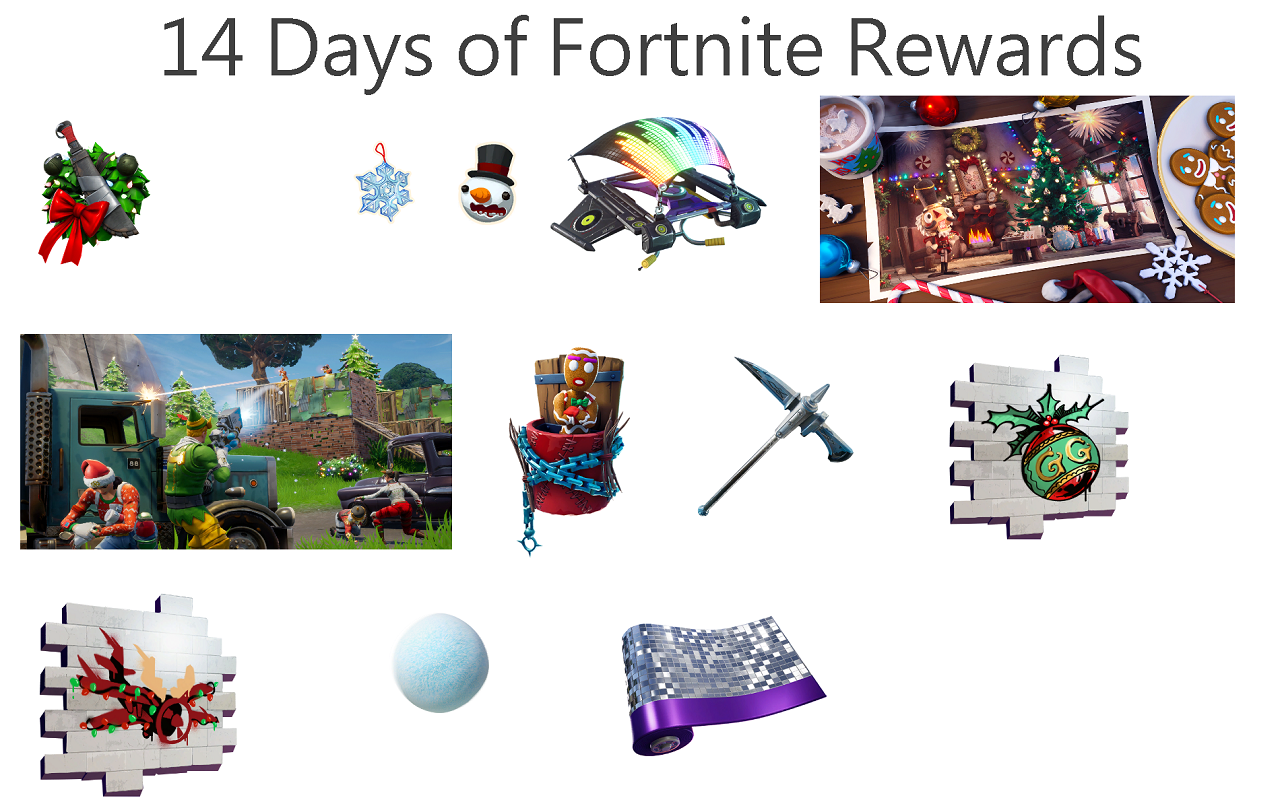 Spedicey1 posted the event’s LTMs, broken down as follows:

14 Days of Fortnite kicks off today. A Frozen Legends starter pack may also be on the way, and right now, PS Plus members can get a free PlayStation Plus Celebration pack including a Prodigy outfit, Tabulator Back Bling, and 2D Pizza emoticon.