We’re almost in Week 3 of Fortnite Season 6 and more Halloween skins have been leaked, keeping in with the Darkness Rises theme and general spooky mood of the map.

Fans will be pleased to know that the Skull Trooper skin has made a comeback, at last, this time with a female version. You can customise the face with colour, including dayglow paint.

Thanks to Twitter users FNRBleaks and TwoEpicBuddies for the leaks. 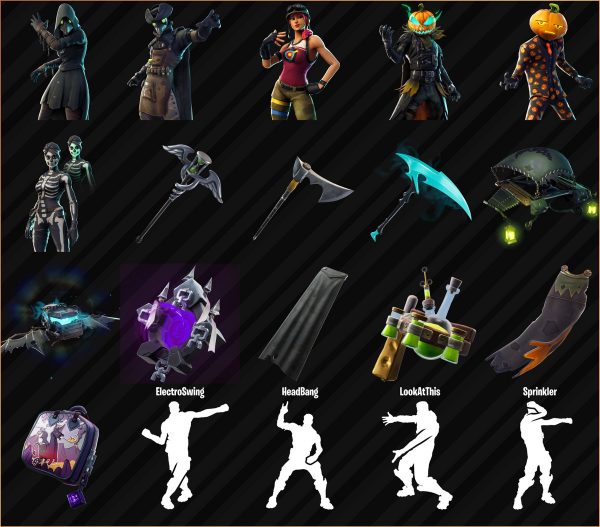 Alongside the Skull Trooper, we have three new skins this week. Two Pumpkinhead characters, one of them a Pumpkin version of Raven, some creepy plague doctors and a girl with a bullseye target t-shirt who looks like a revamped version of a Renegade Raider Troop.

There are a few new backbling additions this week, featuring capes, a chemistry set, a llama lunch bag and the Ghostportal. 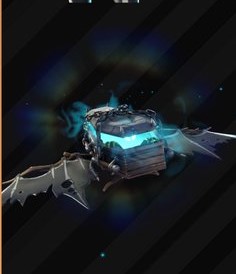 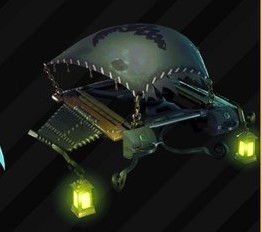 There are two new gliders being added this week: the Crypt Cruiser glider and the Plague Glider, which we’re getting some serious Lovecraftian vibes from.

We’ve got three new pickaxes for you this week, including a Skull Sickle pickaxe, a Plague pickaxe and another pickaxe that gives off a real Mike Myers Halloween vibe.

As ever, there have been some new emotes leaked too, yay. This week, we’ve got: ElectroSwing, HeadBang, LookAtThis and Sprinkler.

Disco Domination begins this week, and the Quad launcher is now available to use in Battle Royale modes. If you still have challenges to complete, check out our guides for the Week 1 and Week 2 challenges to earn some Battle Stars.