Microsoft is hoping to be as accommodating as possible when it comes to expandable storage on Xbox Series X.

As part of today's big Xbox Series X information blowout, Microsoft revealed the console's full specs. Alongside them, we also got confirmation about how, exactly, we'll be able to expand the console's storage.

In a blog post, Microsoft revealed that the mysterious port on the back of the unit is indeed used for expandable storage. The port is capable of matching the speed of the console's internal 1TB NVMe SSD.

Microsoft gave a first look at a custom 1TB drive it created with Seagate, which sits in a neat expansion card that plugs into the port. In there is another SSD, of course, and it'll be used alongside the internal drive to store next-gen games. 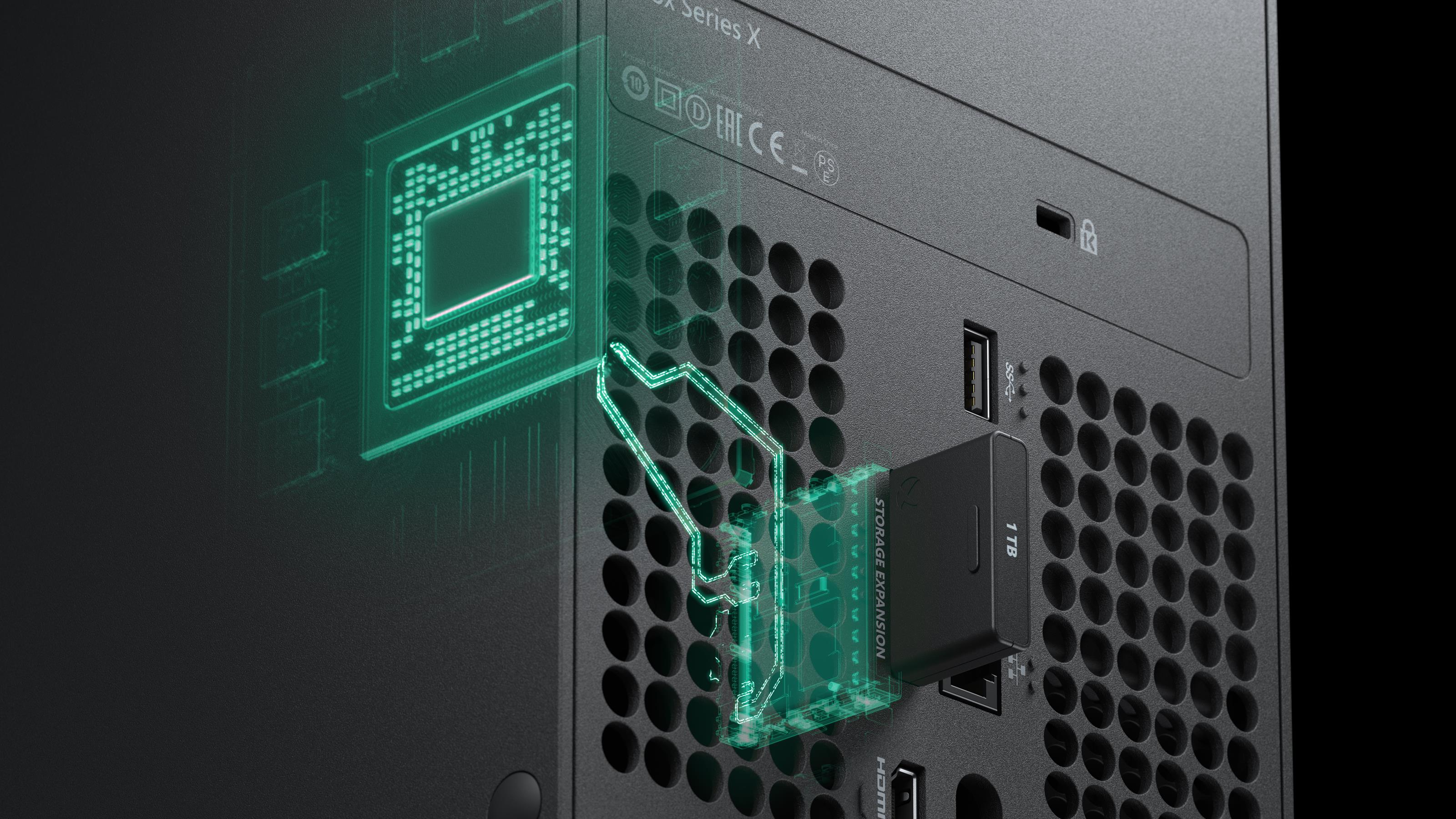 There is, however, another way Xbox Series X owners can expand their system's storage, and it's through the more common USB 3.2 external drives, like the ones in use today on Xbox One. This particular option is available for previous-gen games; so Xbox One, Xbox 360 and original Xbox games compatible with Xbox Series X.

Microsoft recommends installing native Xbox Series X games, i.e., next-gen games, on either the internal drive or the expandable SSD slot. This makes sense given the massive speed differences, but the first wave of games are likely to run fine on USDB 3.2 storage. It'll be interesting to see how far into the generation we're going to get before games - built with SSD speeds in mind - become unplayable when installed on anything else.

In any case, storage upgrades are a big deal for Microsoft with Xbox Series X. Among other things, they allow the console to suspend and instantly resume at least three games simultaneously.