Xbox Game Pass on PC will  run you $4.99 per moth.  Members will receive a 30-day notice before this introductory period ends and Xbox Game Pass for PC reverts to its standard price of $9.99 per month.

Insiders can pay $1 per month while testing. Here's the store page. A pricing breakdown is at the bottom of this post.

When the news broke this morning regarding Xbox Game Pass for PC being available, a Microsoft store page outing the updated Xbox app for Windows 10 PC showed the possibility of Halo 5: Guardians coming to PC - if the image was anything to go by.

Looking over the store page, Neowin noticed a banner that showed multiple games including Halo 5: Guardians. Microsoft said in September it has no plans to bring the game to PC, but with Xbox Game Pass coming to PC, that could change.

We'll have to wait and see. Keep your eyes on the Xbox E3 briefing today, we guess. 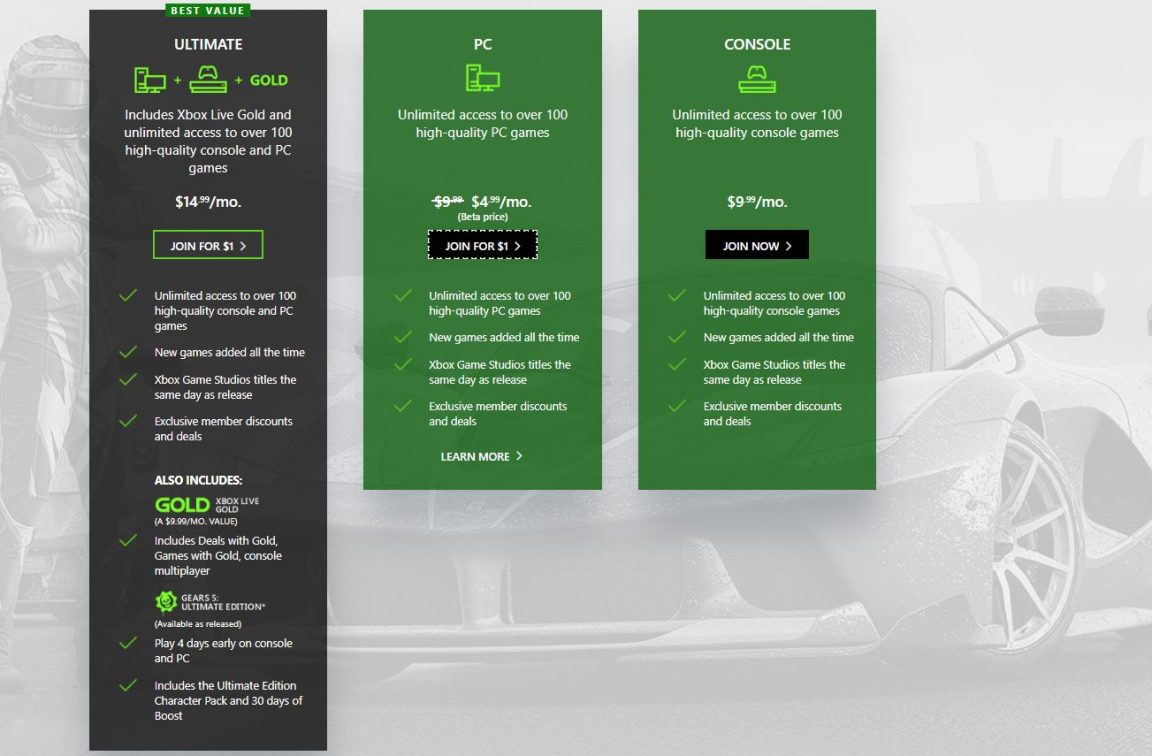