Metro Exodus has choo-choo-chosen to launch on the Windows store next week.

Crafty Reddit users discovered a listing for 4A's soviet locomotive on the Windows Store. The listing names June 9th as a launch date, just in time for the Xbox conference at E3 on Sunday.

Metro Exodus has been an Epic Games Store exclusive until now, and caught a lot of flak for that. While Epic exclusives have come to key resellers like Humble before, this will be the first time Exodus is available completely detached from Epic's ecosystem. 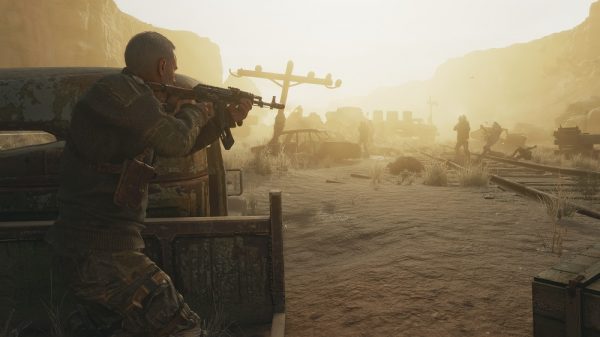 Unless you pre-ordered back on Steam, of course. But don't plan on Exodus making the return trip back to Valve's platform anytime soon. Redditors speculated that Epic's exclusivity deal may contains a specific clause to keep games off Steam.

While unverified, it wouldn't be out of character for the firm. Epic boss Tim Sweeney is constantly putting pressure on Steam, demanding smaller revenue shares while threatening to snatch up more exclusives.