During E3 I got a chance to sit down with Jerk Gustafsson from MachineGames, a developer who once famously said, “There are a lot of things you can do with a hatchet and a Nazi.” When I bring up that quote at the start of our chat, mentioning how the latest game adds co-op and the potential to go to town with two hatchets, he enthusiastically replies, “Yes. Or a knife! You can have a knife as well.”

Gustafsson is the managing director at MachineGames and one of the studio’s founders; an intense, intelligent man that almost never made it into games because he wanted to buy a parrot. No, seriously. Watch this video:

Whenever we share a story about Wolfenstein: Youngblood on VG247, we get Twitter replies along the lines of, “Fuck this SJW trash,” because it is a video game in which you kill Nazis (bad) and play as women (good). I wondered how Gustafsson felt releasing a game like this in a topsy turvy world where people from countries who fought the Nazis now stan for Nazis.

“I don't know. To be honest, I don't think about it so much?,” Gustafsson explained. “Of course it has some impact - especially I remember that when we released New Colossus, there was a lot of expression at what happened in Charlottesville at the time. But we make games, as you know, and we want our fans and our players to have a fun experience and an exciting experience. But we also have to be wary about the subject.

“It's still about Nazis, right? So we try to treat it seriously, the best we can, but still we tell our own story, and we see the Nazis as the evil that you have to conquer or beat in our games. So they are basically portraying the evil and what you actually have to fight against to defeat this evil. But with that said, we also try to add some humour to our stories, and even though we try to treat it seriously we still want to make sure that it's an adventure and that you actually enjoy your experience. But of course, I can't say that it's not political, because obviously to do a game on Nazis to some extent will always be political. But with that said, we don't have a political agenda, but it's very hard to say that it doesn't have any impact because it has to.” 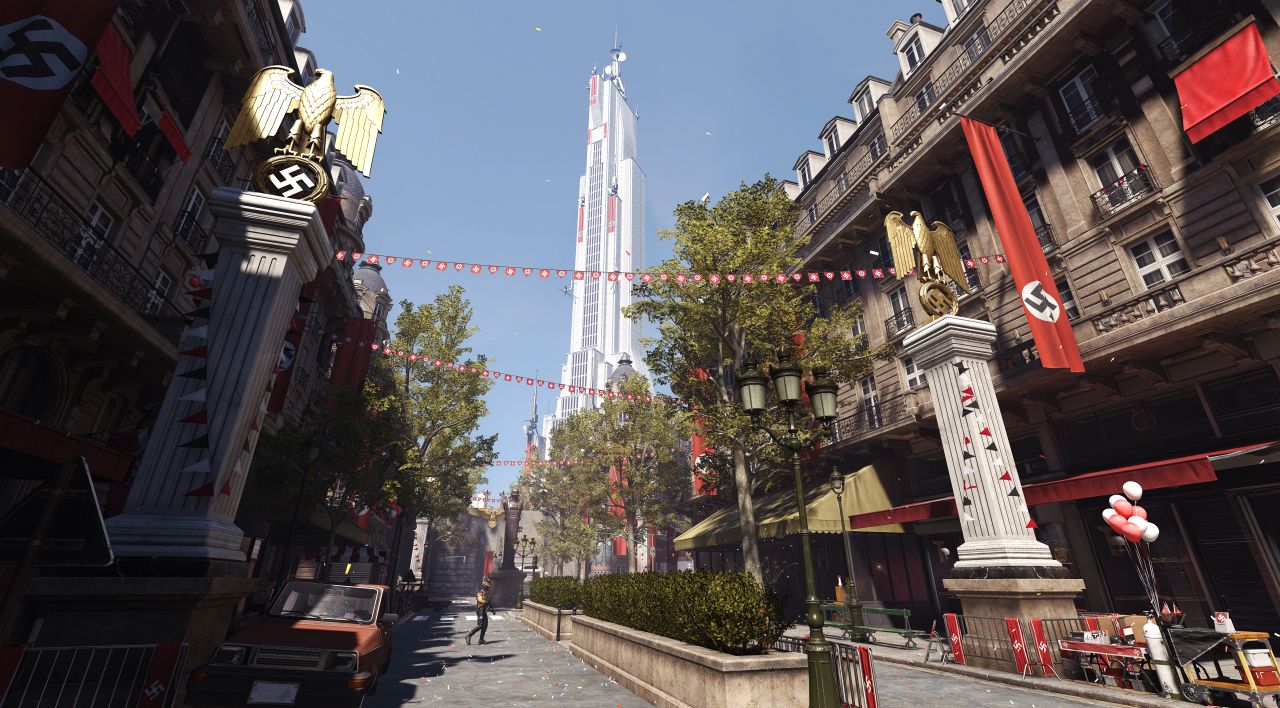 While there’s no agenda behind this setting, Wolfenstein games are still very much about what happens when Far Right ideologies are left to fester. How normal people can commit unspeakable atrocities if they band together with bad intentions and a superiority complex. There’s no escaping those undertones. But it shouldn’t be controversial to say Nazis are bad. Gustafsson agrees.

“What we're looking at as well is the Hitler era and the Nazi regime and the horrors, so I think portraying them as the evil entity that you have to defeat is something that we feel proud of,” he says.

Wolfenstein is perhaps one of the bravest series in the triple-A space right now when it comes to tackling tough subjects. Not content with shining a light on the atrocities of WW2, Wolfenstein 2: The New Colossus also covered topics such as the lasting effects of seeing these atrocities play out in the form of PTSD, coping with life-altering injuries, racism, and domestic abuse. It somehow managed to balance this with absurd humour and evocative prose - I can’t think of another monologue that’s stayed with me as long as Grace Walker talking about the aftermath of a nuclear blast while cradling a baby to her chest. For Wolfenstein: Youngblood, MachineGames isn’t going to quite as many dark places. 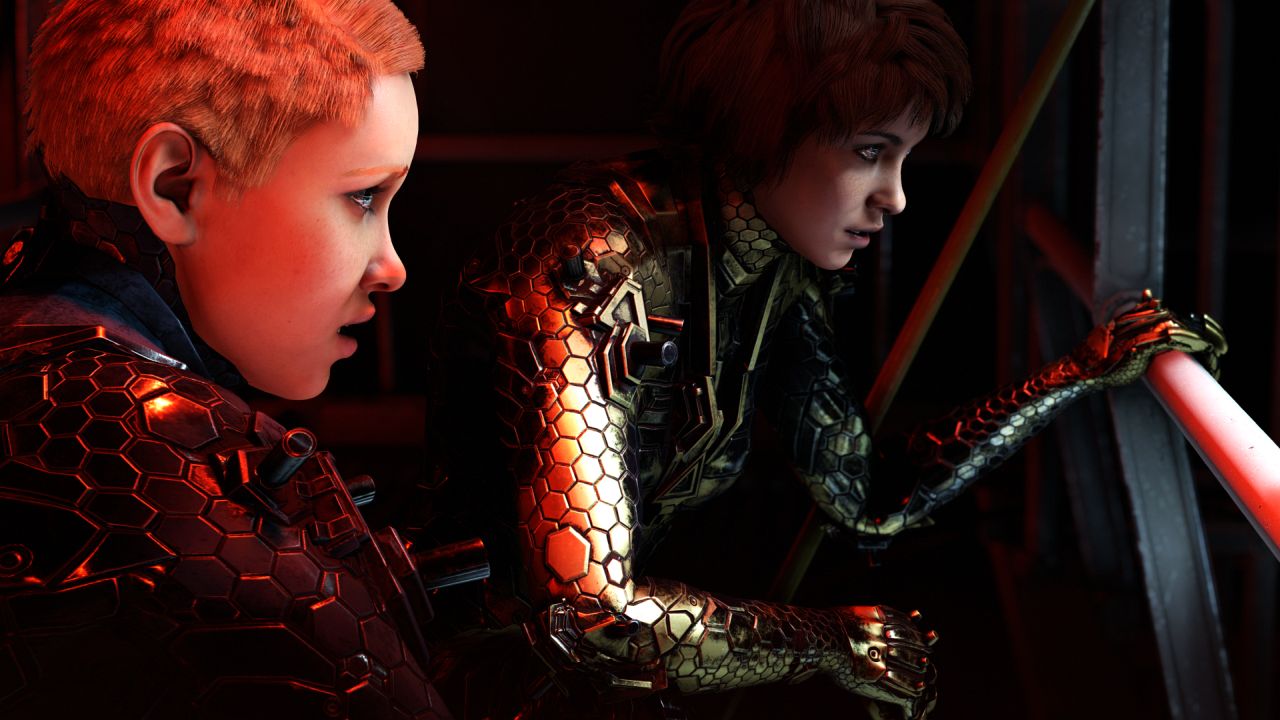 Youngblood follows the story of BJ Blazkowicz’s twin daughters as they both turn 18, hunting for their missing father while joining up with the resistance in the Parisian catacombs. Where Blazkowicz was raised by an alcoholic, violent racist, his daughters have had a normal childhood in comparison, though they’ve both been trained to fight when the time comes.

“The story was a bit dark because we also wanted to tell the story of the upbringing of BJ for New Colossus, so it automatically got a bit darker because of that,” Gustafsson explains. “But with Youngblood we are going a little bit lighter in the tone of the story. There is still some dark humour in there, but in general the story is a bit lighter. It's also more, our reference there has been more of the ‘80s - I think Goonies is a good example, where you have this entertaining adventure that is a dark one, right? And the story is also about finding your father, so they set out on this mission and all of this happens during this transition from adolescence to adulthood when they are growing up, so I'm very happy with the story we have in Youngblood. It's a little bit smaller in scope as well, and it's also lighter in tone, but it's very charming and very entertaining. I'm very happy with it.”

Wolfenstein: Youngblood releases on July 29 and you can read our preview at that link.