Watch Dogs Legion looks like the future. It’s not just the Samsung curvature of the double-decker buses in this sci-fi England, nor the drones spoiling the view from the London Eye.

It’s the approach to design: one that pairs scripting and cinema with deep, deep systems that allow any resident of the capital to become protagonist, even just for ten minutes. But all this future-gazing began over ten years ago, halfway across the world, in Mike’s Bar.

It’s not much to look at - a brown building that blends into the dirt roads of Leboa-Sako, the northernmost region of Far Cry 2’s African state. Out front, plastic tables and chairs face the swamp, while indoors the windows are boarded up. It’s a mercy that consoles of the time wouldn’t have memory to spare for flies, or else they’d cover the single fluorescent lamp that illuminates the counter.

Every last patron of Mike’s Bar is a mercenary. This is a watering hole for the NPCs who populate Far Cry 2’s dynamic story, a place for them to gather after you’ve saved them from various predicaments in the open world. And in a platonic take on The Bachelor, each is a potential best buddy, somebody you can win over by completing side missions. A good buddy might let you in on an easier way to tackle a story mission - directing you to the components of a bomb so that you can crush an enemy barge under a collapsed bridge, for instance, rather than assault the boat head-on.

There are 12 such mercenaries in Far Cry 2, but a pool of only 11 to pick your friends from. Why? Because you play as one of them. A best bud in one playthrough might be your protagonist in another, the game adapting around that choice.

Hopefully by now the parallels with the game that headlined Ubisoft’s E3 show this year are becoming clear. Watch Dogs Legion is founded on a bold extension of the buddy system, one that opens up the pool of mercenaries from a handful of rough diamonds in a bar to the entire population of London. You still pick your protagonist from that pool, but can now switch between them on the fly. What’s more, the new system benefits from a budget befitting Ubisoft’s next big game - each NPC coming with custom animations, voices, and even scripts so that a story cutscene can successfully wrap itself around any character in the world.

So why do these two games, ten years and countless Ubisoft open worlds apart, so closely resemble each other? In short: Clint Hocking. Both games share a creative director. Hocking rose quickly through Ubisoft’s ranks in the ‘00s, applying the systemic design of immersive sims first to Splinter Cell and then, more profoundly, to Far Cry 2.

Astonishingly, Hocking hasn’t shipped a game since then. Success at Ubisoft left him “too comfortable”, and he left the company in 2010 to seek new challenges. It seems as if he found them, and then some: stints at LucasArts, Valve, and Amazon Games Studios all ended without result. Watch Dogs Legion not only marks his return to Ubisoft, then, but the immediate follow-up to Far Cry 2. Just, you know, a decade on.

Now, as then, you recruit your pals by completing dynamically-generated missions on their behalf. In Legion, that process is complicated deliciously by the many other systems at play - NPCs have families, routines, and opinions that are shaped by the ripple effects of your decisions. 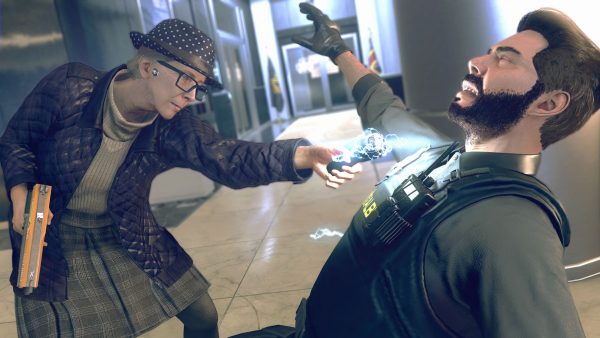 You might kill a man to solve a feud with another NPC early in the game, for instance - but that’ll make recruiting his drone specialist sister particularly hard work. You’ll need to complete a series of quests to bring her round - or accept that she’ll forever be your enemy. In the surveillance spirit of Watch Dogs, the buddy system has graduated from meeting the explicit demands of the people you want to impress, to meddling with their inner lives.

Even Legion’s peculiar take on permadeath has its roots in Far Cry’s Central Africa. Back then, buddies would show up to revive you in battle and help fend off attackers. And sometimes, they’d be overwhelmed, dying right there with you. As your friend lay writhing, you had the option to euthanise them, administering the morphine yourself. It could be a personal loss unlike any scripted moment in games.

For Legion, the team at Ubisoft Toronto decided that recruited NPCs shouldn’t come back from death either. It’s in contrast to recent Ubisoft games, like Far Cry 5, which opted to makes its guns-for-hire immortal. 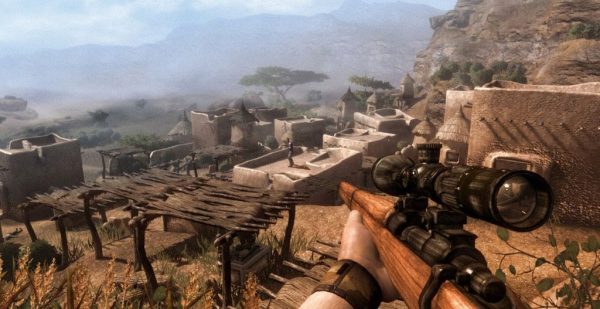 The genius of this system of permadeath is that it’s forgiving - there will be more buddies, more NPCs to play as. But they won’t be this buddy, this NPC. The attachment and sense of loss is genuine, lending both Far Cry 2 and Legion real stakes.

A decade ago, as development came to a head on Far Cry 2 and work fell behind schedule, scrapping the buddy system became an attractive idea. But it wasn’t an option - the team had created a dynamic narrative that was interdependent, a house of cards that couldn’t be meddled with without bringing the whole game crashing down. And so it survived, because it had to.

Watch the interviews with Legion developers over E3 and you’ll hear a common refrain: “It’s very complicated”. There’s a reason systemic game design on this scale is rare - it’s a daunting undertaking in a field that’s intimidating enough. But when it can produce protagonists, friends, and losses all of your own, you start to see why a developer would bother.