It would have been easy for Ubisoft to kick Watch Dogs 3 out the door by just setting it in a brand new city and refining the open world formula a little further.

Watch Dogs Legion does feel familiar, and the uncomfortably on-the-nose vision of post-Brexit Britain certainly feels like an escalation of the silicon valley tech bro nonsense of Watch Dogs 2. But the main hook of playing as any character you come across seems like a significant step up for the series. Hopefully it'll prove more than a novelty and finally define Watch Dogs as its own legit open-world franchise. 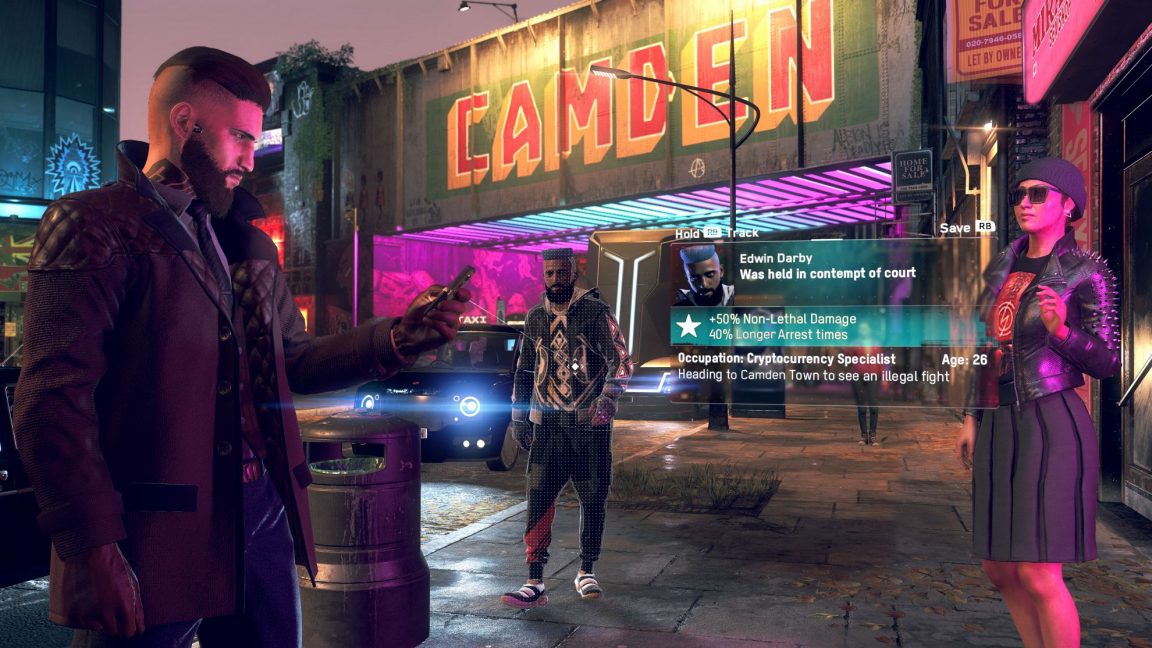 The caveat of recruiting any NPC you come across is that you have to convince them to join DedSec before you play as them. For some who are opposed to the oppression crushing this bleak vision of London that's a relatively simple task. You'll come across characters and their families who have been wronged or unfairly treated by an uncaring government, so all it takes is a favour - deleting a criminal record, for instance - to convince them to sign up to Watch Dogs' fun anarchy. Other civilians are more resistant - Tories and Brexiteers, basically - who have little empathy with the downtrodden, and will take a lot more work to convince them to throw a brick through a window.

This should make up the long-term fun in Watch Dogs Legion. You can go for the low hanging fruit and put your arm around those that have already been spat on, but there's a subversive element to putting in the hard work and finally convincing the in-game equivalent of that racist Facebook friend from school that a militarised police force isn't to the benefit of anyone apart from those that seek to divide the masses and line their own pockets with filthy lucre. He should stick a bottle rocket in a copper's helmet, and you can help him light the fuse.

The reality of the 45 minutes I've played of Watch Dogs Legion isn't as convincing as its ideas, unfortunately. It basically involved sneaking into New Scotland Yard to delete some data, and assassinating three naughty bad guys. You can observe life around your targets in advance, scoping out routes using CCTV, buzzing open locked doors, distracting guards with a squawk of a walkie talkie, and toying with the AI as a glitch in the machine. That feels all well and good; mischievous behaviour that escalates from disruptive to destructive.

But the reality is you hop over a fence, taser a guard, open a back door, download something and leave. It's that easy, that flat. I played as the granny you saw in Ubisoft's E3 briefing, which seems like a fun and subversive character from a distance, but in reality is as frustratingly slow-moving and doddery as you'd expect in real-life. The assassination mission is more blatently full-on; you can hack a drone to drop explosives on a target from above and position yourself high enough to snipe from afar. Your escape is just a case of grabbing a fast car or motorbike and pelting it away from the pigs until your wanted bar depletes. 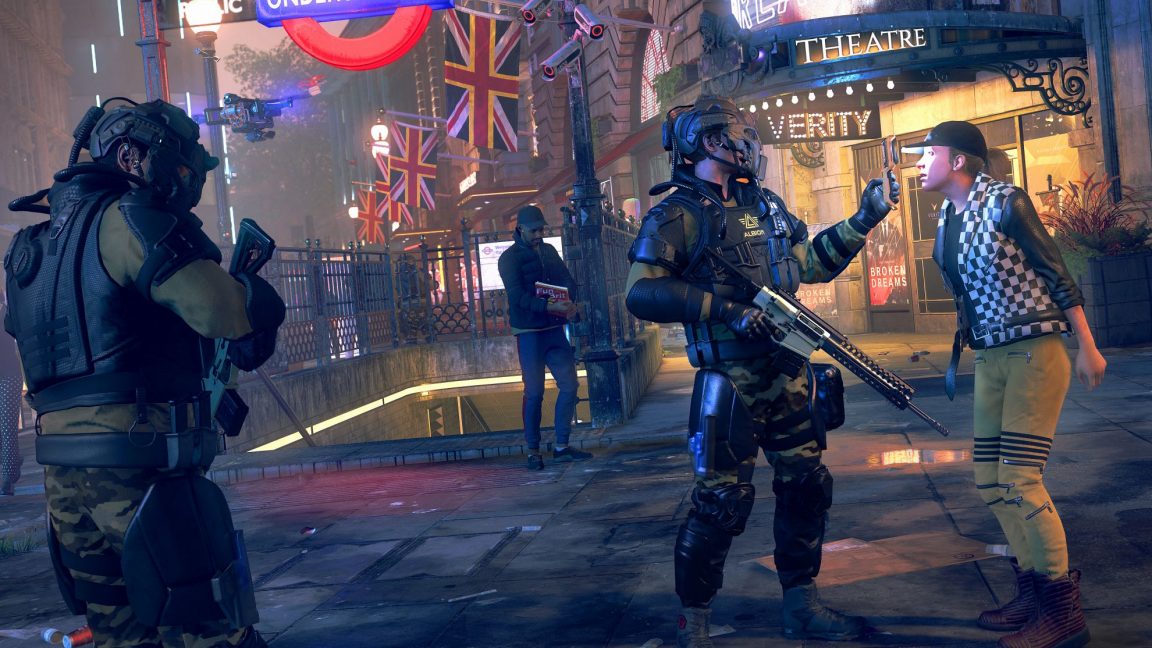 Permadeath is an interesting feature, and one where I was genuinely gutted when my likeable tough guy croaked. In only a short amount of time I'd become quite fond of him so it was a shock when I couldn't get back up again (although it's worth noting once down you get a revive option). However, if there's literally hundreds of characters you can play as, does it matter if you burn through a portion of them? Are you then treating your own DedSec anarchists as drones simply there to do your bidding? The conflict of your actions adds another interesting element.

So below the rather shallow and familiar gameplay, it comes back to the characters you can recruit and their stories that should be the standout feature of Watch Dogs Legion. I didn't sample enough in my short hands-on gameplay demo, but like all good open-world games I'm looking forward to sitting down, exploring and mingling with these people and their city. Ubisoft can tell confidant, sprawling stories, most recently with Assassin's Creed Odyssey, so while the opening pitch for Watch Dogs Legion is about smashing the state with an "up yours, copper!" mentality, I'm hoping it's the devil in the detail of the disaffected resistance that really shines.