Fatshark has released a hotfix for Vermintide 2 which aims to address issues that arose with update 1.0.4.

Vermintide 2 was patched earlier this week, and today's update will fix "a few mistakes" introduced in version 1.0.4.

According to the hotfix notes for 1.0.4.1, Fatshark has rolled back some of the changes to how spawn roamers and specials are handled.

This week's patch aimed to address the lack of variety in spawned roamers, but instead the changes "left the levels feeling a bit deserted."

"Our eagerness to polish and balance your experience resulted in a rushed patch with too little internal testing," said the studio. "The fixes in this version should solve this - Legend should now be a fair and balanced challenge and enemy population should be sufficiently numerous.

"We want to provide a solid challenge that nicely scales as you progress through the difficulties with a high degree of mutability. For those that want to further tweak the resistance you are facing we hope that deeds, tomes and grims does the trick."

Hotfix 1.0.4.1 also addresses an issue where Champion difficulty used the same peak clamp as Legendary difficulty. This resulted in higher peaks "when everything wants to spawn at the same time." The team removed the most extreme of peaks for Champion players. 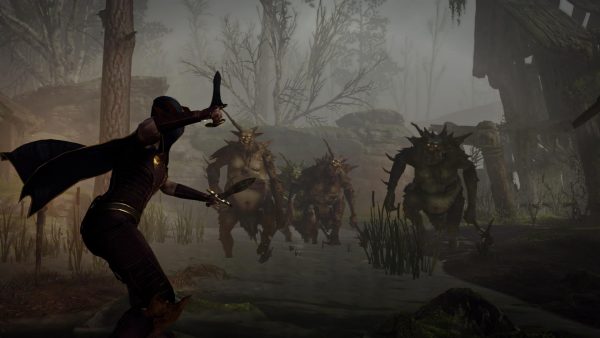 If have yet to give the first game a go, Vermintide it is on sale through Steam until April 1 for up to 75% off