After coming in for criticism last time around, Vermintide 2 features an all-new loot system.

A major point of focus for the team behind Warhammer: Vermintide 2 was improving the game's loot system. The original Vermintide was a pretty great power fantasy, online co-op time sink, but one of its most frustrating aspects was loot and character progression. It was difficult to get good loot, with the numbers for the drops players would really want not really adding up to something that felt entirely fair.

In Vermintide 2 that loot system has been significantly reworked in a few key ways. The changes aim to make the game more interesting at all levels, trying to ensure that once you reach a certain point all low-end, common loot won't be worthless. The idea is to make everything that drops for you more potentially useful and to ensure that anything that drops is actually potentially useful, since utterly useless stuff for your character of choice would drop way too often in the original Vermintide. 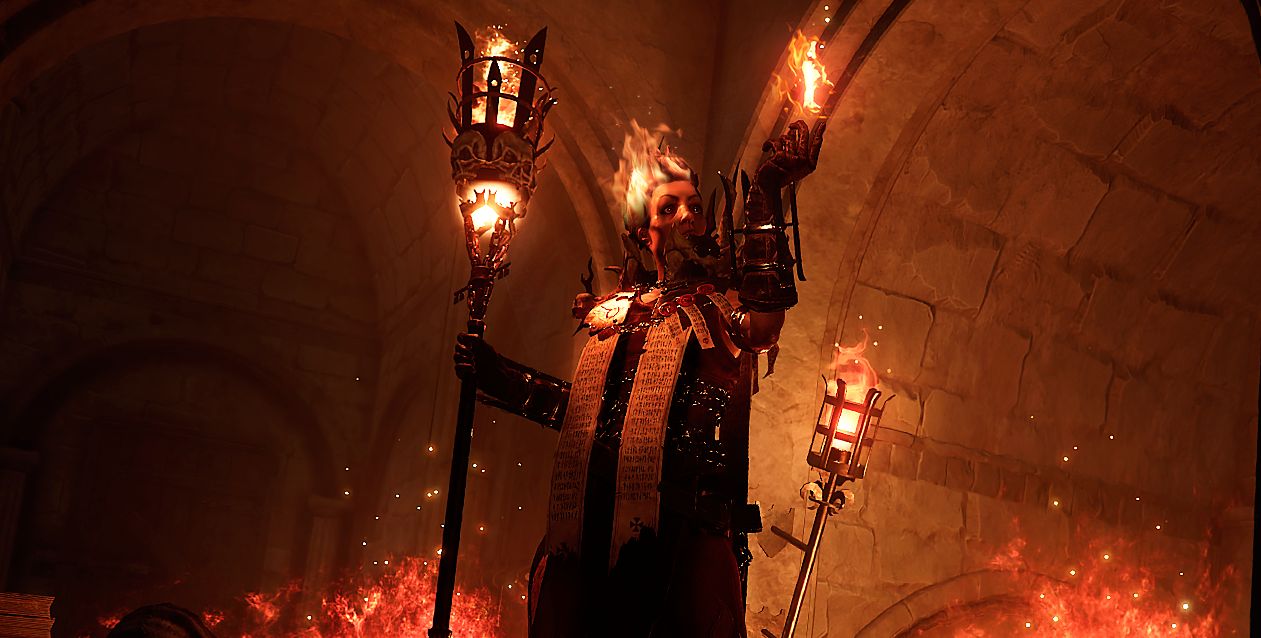 Vermintide 2 Loot System: how it works

Here's how Vermintide 2's loot system has been changed...

As the above shows, basically Vermintide 2 has changed the game by shifting the main thrust of your character progression from hoping for random loot drops to power up to a guaranteed power up through leveling up. Loot is still important, however, and understanding Vermintide 2's loot boxes is the next step in the chain. Thus...

First off, let's get this out of the way: you can't spend real cash on Loot Boxes in Vermintide 2. Loot comes from playing - from blood, sweat and tears. It doesn't come from your wallet. That's good news.

The important thing to understand is that your loot is determined in part by the difficulty of the mode you're playing on. The Recruit difficulty will offer the Strongbox, Veteran offers Coffers, Champion has Chests and Legendary has Vaults.

Each of these has different limitations - so Recruit difficulty loot boxes will be strongboxes, for instance, and they have a power level cap of 100 - nothing above that will drop from them. Coffers are limited in a similar way, but in their case they're limited to 200 power. The harder the difficulty and the greater challenge you take on, the better the potential loot that'll drop from the boxes you get from your hard work. To maximize your loot chances, you'll want to up the difficulty as soon as you're comfortably able.

Upgrading Items to get a guaranteed improvement

One option open to you if you get a piece of gear you like using is to upgrade. As you play Vermintide 2's campaign you'll unlock blacksmith patterns for your character's gear, and one thing you'll eventually be able to do is upgrade an item of choice. This actually upgrades its color and rarity and the stats with it in an associated way - ideal for when new drops aren't giving you anything particularly exciting but you find yourself in need of an upgrade.

Crafting and upgrades can't become your main form of progression since it's just too painfully slow to be properly viable, but if you want a quick upgrade fix or need to get a low-level character up to speed when you're first playing them, this is an ideal way to do just that.

Cosmetics: Cosmetic Items and how to get them

A lot of people are asking about this, so here's the deal with cosmetic items: they're damn hard to get. Ultimately cosmetic items drop from loot crates like any other piece of gear, but these are truly the rarest and most valuable items in the game in terms of rarity - even if all they're really giving you are bragging rights.

The main advice we can give is that Cosmetic Drops are rare and so you need to be patient. You may see players running around with Cosmetics early on, but some of these are from the Collector's Edition of the gmae or as a bonus from owning the original Vermintide - the new stuff is infinitely more difficult to get your hands on.

There are a few types of cosmetic: Skins fully change the look of your main character, hats of course add headgear and Illusions can be found on and applied to weapons in order to change their appearance in-game or change their effects.