Ubisoft has taken the lid off Child of Light, a small Ubisoft Montreal project led by Far Cry 3's creative director Patrick Plourde. Get the first details after the break.

Plourde discussed the project this morning at GDC Europe. Child of Light will be a side-scrolling "fairytale game", created as a deliberate "counterpoint" to Far Cry 3. It aims to capture the "Squaresoft spirit" of PS1 JRPG classics such as the Final Fantasy series and Vagrant Story.

No one has actually seen the project yet. Inspiration for the game's art and music includes Studio Ghibli legend Hayao Miyazaki and Japanese artist Yoshitaka Amano, as well as Disney's Snow White. Plourde described Child of Light as a cross between haunting side-scroller Limbo and classic 16-bit RPG Final Fantasy 6.

We expect more details to emerge during Gamescom, which takes place in Germany throughout the week.

UPDATE: Plourde has shown off a first sample of Child of Light artwork. Apparently this represents how it will look in-game: 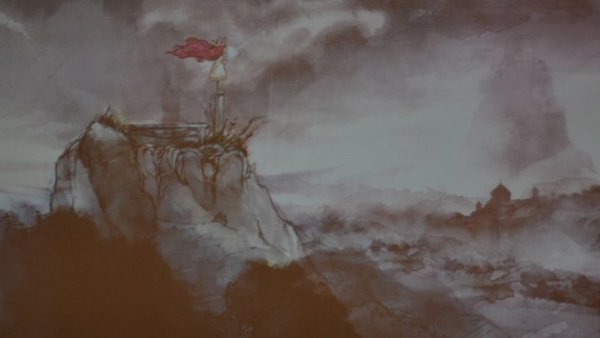 IGN's Andrew Goldfarb has managed to nab some footage of the game. Check out his Vine video below: