“You’re the most noble human I know, Gwynbleidd.” This is what Iorveth, leader of the Scoia’tael, says to Geralt of Rivia at Loc Muinne in The Witcher 2. “Gwynbleidd” means “White Wolf.”

Geralt quickly points out that he’s not a human. Not anymore, anyway. He underwent the mutagenic experimentation of the Trial of the Grasses, where he was stripped of his humanity. His stark white hair and feline eyes are no longer those of a man, but those of a witcher. But Iorveth sees beyond those mutations. While he may have lost his physical humanity, he is far more humane than the humans who oppress him throughout the Witcher series. Humanity isn’t a physical trait - it is a trait of the soul.

Although Geralt is often seen as a typical stoic video game protagonist, there’s a lot more to him than meets the eye. Orphaned and then othered, Geralt’s “White Wolf” title draws attention to the fact that he’s the runt of the litter. Isolated within the already marginalized School of the Wolf, Geralt’s greatest strengths are also his most striking weaknesses. And while the dryads that coined the name “White Wolf” did so out of respect, the name has since been bastardised by humans who fling the term at Geralt as an insult, talking to him as if he were a dog. 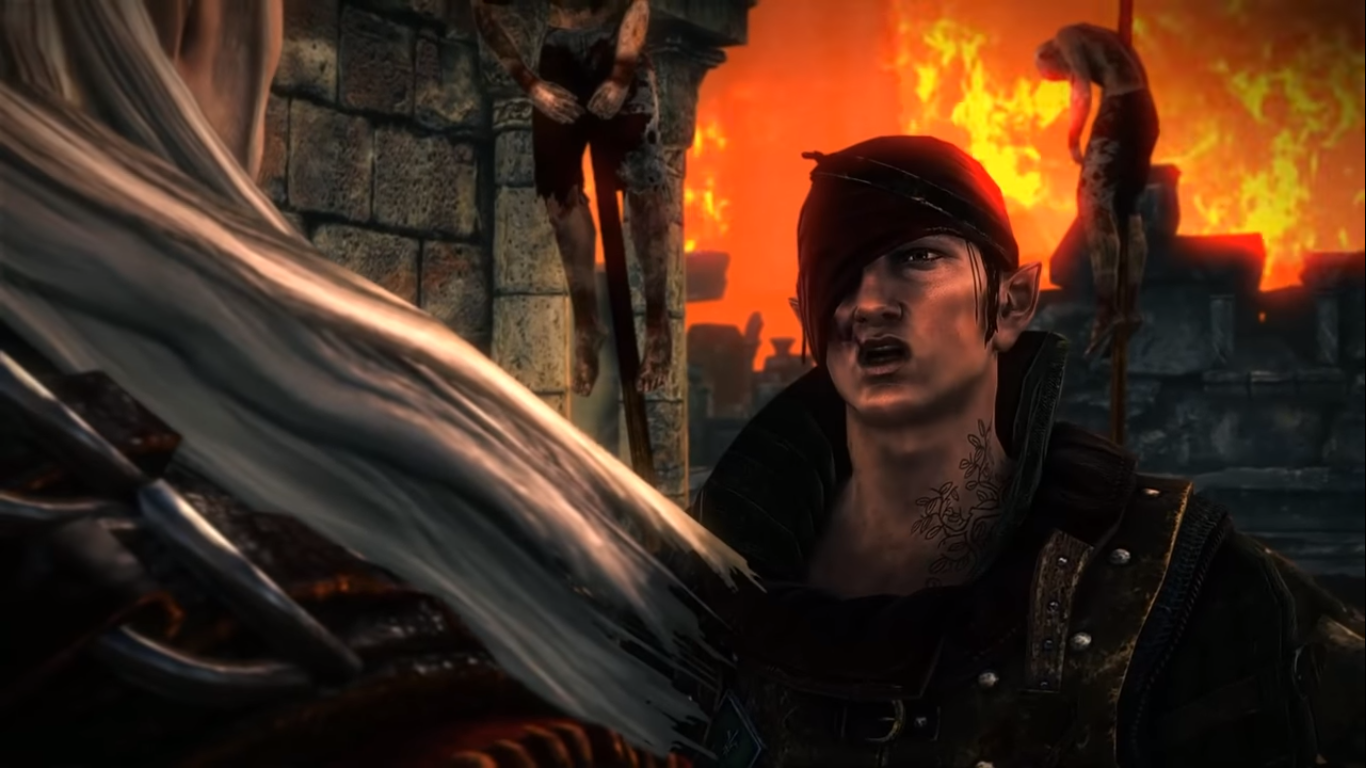 My own dog, Woody, is a gorgeous golden retriever. However, he too was the runt of his litter. Sickly as a pup, he spent a lot of time at the vet. Although Geralt of Rivia wasn’t necessarily weak for his age, he was abandoned by his mother, just like the runt of the pack often is in the wild. There is very little else known about Geralt’s life before he began his training as a witcher, but he likely would have died in the bitter cold of the Kaedweni mountains had Vesemir not taken him in.

Perhaps the most striking analogy in contemporary pop culture to draw in relation to Geralt is with Ghost, the white direwolf from George R.R. Martin’s Game of Thrones. Snow white, Ghost was left to die until Jon Snow - Ned Stark’s bastard son, and a candidate for his own runt to royalty narrative - took him in. Despite being weaker than his siblings as a pup, Ghost eventually grew to be the fiercest direwolf of the entire litter. These white wolves have a lot more in common than one might think.

Geralt’s white hair, the ostensible factor from which Gwynbleidd is derived, was the result of a second round of mutagenic testing during the Trial of the Grasses. Like Ghost, he grew to be stronger, faster, and smarter than any other witcher. It’s noted that he was the only witcher to have ever survived these trials, something he was forced to wear not with pride, but with shame. His white hair was indicative of his status as an other, and his White Wolf title animalised him.The things that made him stronger than the other witchers were also the things that garnered negative attention every time he entered a tavern. The White Wolf was a mutant witcher, the Butcher of Blaviken, and Geralt of Rivia all in one, all of which were signposted by his colourless locks. 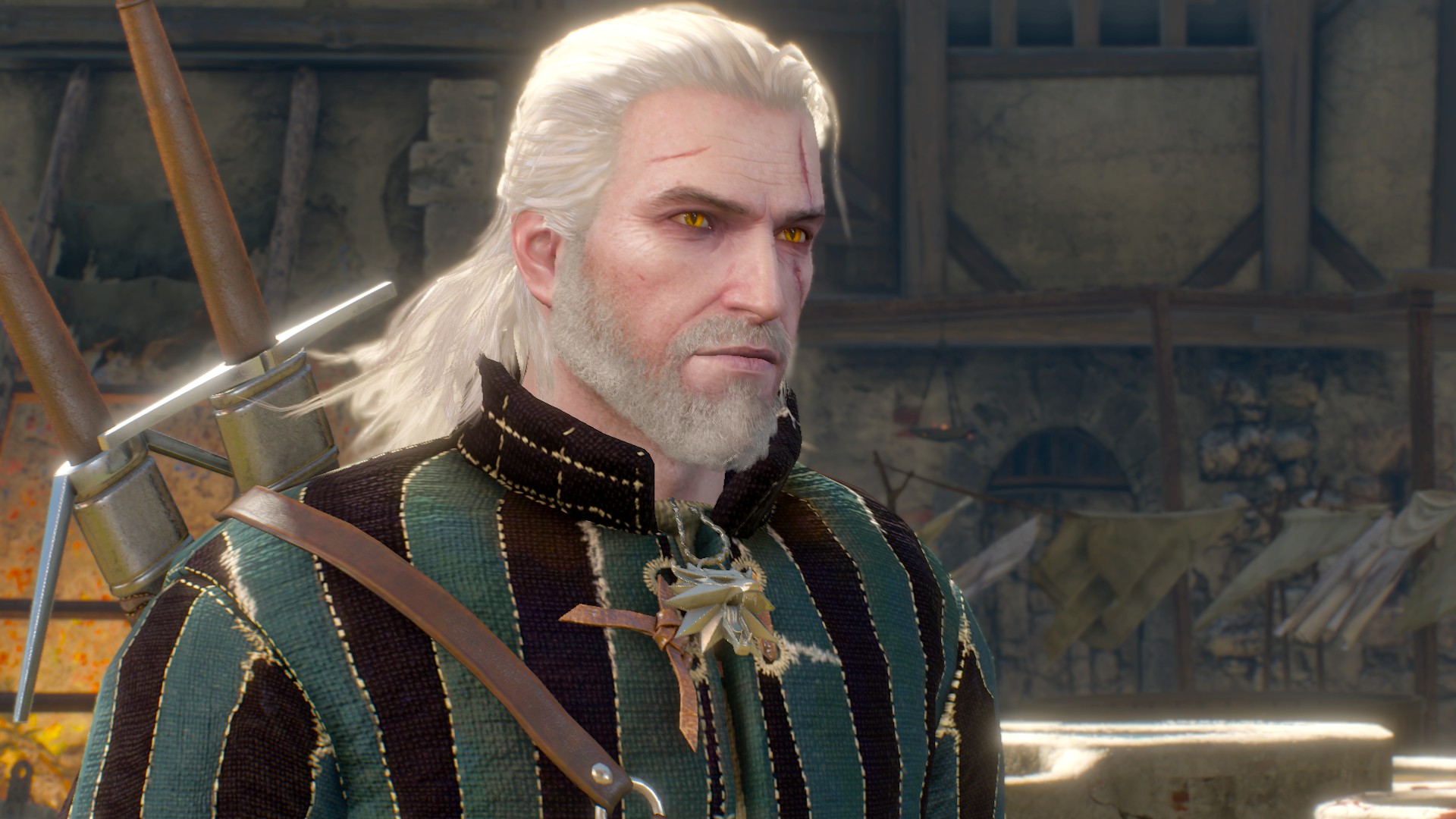 It was this that set Geralt’s othering in motion. Geralt was abandoned as a runt, but then taken in at the cost of his humanity. The complexity of Geralt’s character can’t be understated; abandoned, championed, and marginalised, he is both respected and feared, forced to walk the Witcher’s Path alone. Or at least he was, before the White Wolf proved that he was not the monster he was made out to be.

Although Geralt’s good deeds are never enough to prevent the cruelty of a racist and xenophobic world from being directed at him, he is a champion of the oppressed. Geralt was actually killed by a pogrom in the events prior to the first Witcher game. Attempting to defend non-humans in Rivia, Geralt was murdered on September 25, 1268 alongside Yennefer of Vengerberg. When the riotous massacre erupted, almost 100 elves and dwarves were mercilessly murdered; Geralt died defending the rest. It was only thanks to Ciri that he and Yennefer were given a second chance at life before the first Witcher game. And in his second life, Geralt did the same again, over and over, protecting those who needed to be protected. Even after a breakdown in The Lady of the Lake during which Geralt gave up witchering, he eventually returned to protect the weak.

Geralt’s otherness is what makes him such a complex and important character, not just in relation to the Witcher, but across the board. His work is essential, but thankless. As Aragorn once said in a different but no less famous high fantasy world, “The deeds will not be less valiant because they are unpraised.” Although Geralt is not exactly a social butterfly, he has firm friends to whom he is fiercely loyal. His is a case that proves a person is not always who they’re made out to be. Those willing to give the world-weary witcher a chance have seen that yellow eyes don’t mark a monster. 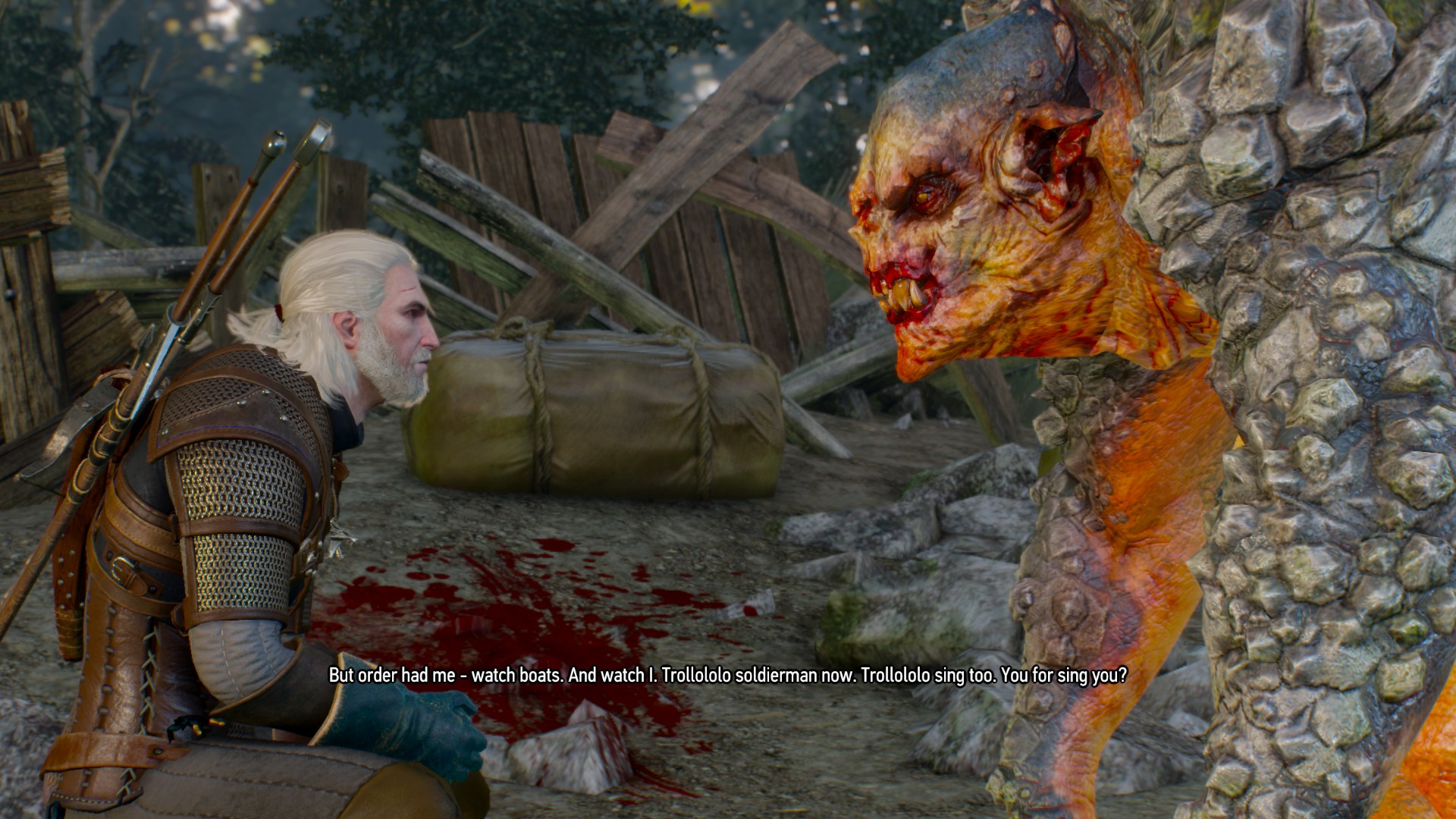 It’s the symbolism imbued in the “White Wolf” title that ultimately drives the message home that Geralt is not just an ordinary protagonist. As George R.R. Martin writes, “The lone wolf dies but the pack survives.” Geralt’s family and friends are what give his life meaning. It’s the fact that there are people, even if there is only a handful of them, who are willing to look past his ostensible differences that makes him carry on. And it’s the isolation imposed on him that makes these connections even more meaningful. It offers a refreshing message that no matter how much the world may hurt you, the relationships to which you tend with the most care are enough to keep you going. And past pain can eventuate in an accentuated sense of self-worth in due time.

“You’re the most noble human I know, Gwynbleidd.” When Iorveth said this, I don’t think he knew the gravity imbued in his words. Geralt is quick to say that he’s not a human, but that’s all he says. He doesn’t deny that he’s the most noble person, human or non-human, that Iorveth has ever met. Because it’s the exchanges like this one that are sporadically interspersed throughout his weary, thankless life that attach meaning to his struggle. And despite denying that he is a human, Geralt knows that his humanity is still very much intact.

Even as a child, Geralt decided to use the hypnotic Axii spell on the trolls guarding the Circle of Elements during his witcher trials, wanting to avoid hurting them if at all possible. Whereas other witchers used aggressive signs like Igni, Geralt sought to take the most humane route, sparing the trolls and completing his trial without resorting to unnecessary violence.

The White Wolf was the runt of the litter, but that just made him learn how to survive on his own. And once he wasn’t alone anymore, all the cruelty in the world couldn’t deter him. That’s why Geralt of Rivia is one of the most important and influential protagonists in a video game, as opposed to just another stoic, bland pair of eyes to watch a story through. He’s a testament to why we should all press onward, regardless of what cruel mouths may spit our way. And he proves that even a shaky beginning can lead on to a smoother path if we’re willing to let people help us pave one.