As if Kingdom Hearts fans didn't have enough to worry about without this Da Vinci Code nonsense. 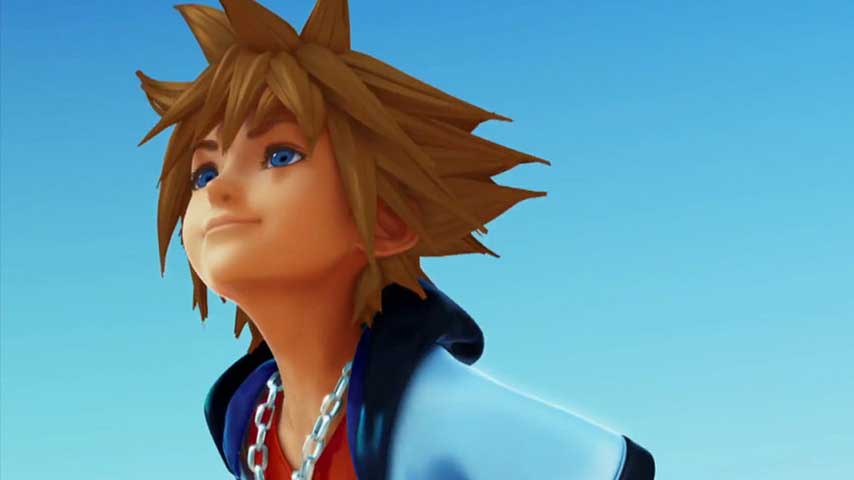 Kingdom Hearts fans have been waiting forever for Kingdom Hearts 3, and they'll go on waiting if the history of Square Enix and director Tetsuya Nomura are anything to judge by.

It hasn't been totally dead since the 2005 release of Kingdom Hearts 2, though; Square Enix has kept the dream alive with a series of re-releases, gathering together story materials from the more obscure spin-off stories. When Kingdom Hearts HD 2.8 Final Chapter Prologue lands in January, the three collections will paint a full and complete picture of the franchise leading to to Kingdom Hearts 3, with eight games' worth of plot.

Apologising for how long it's taken to get the third collection out in an interview with Dengeki translated by Gematsu, Nomura said there's another reason fans should pay attention to the three bundle titles: apparently the covers contain secrets.

Nomura pointed out that as you view the three covers in sequence Sora's action changes from sitting to standing to walking. Moreover, the time of day changes with each cover, from sunset to midnight to dawn.

"Those three illustrations have a message regarding the final chapter, Kingdom Hearts 3," he concluded.

Do they? Alright then. The full interview is well worth a read if you're a Kingdom hearts fan as it contains the usual vague promises that Kingdom hearts 3 may or may not release at some point in the future, some hints as to how development is progressing (spoilers: glacially), and a bit of discussion about Kingdom Hearts HD 2.8 Final Chapter Prologue.