The image isn't actually finished - the art director noted that it's still in need of "flickering torches, glowing embers, smoke and snow crawling across the screen, and of course, the parallaxing" - and in one other very important way, it's not indicative of the finished game.

"This combat board is for our tutorial combat, where the player is learning how the mechanics work. It’s a tiny combat board. It is in no way indicative of the average size of the combat boards in the game. Different battles will vary in size, but I don’t think we have any others this small," Stoic Studio revealed.

The Bannered Saga will release in two waves; first as a free-to-play, combat only title, and later as a full RPG with a price tag. 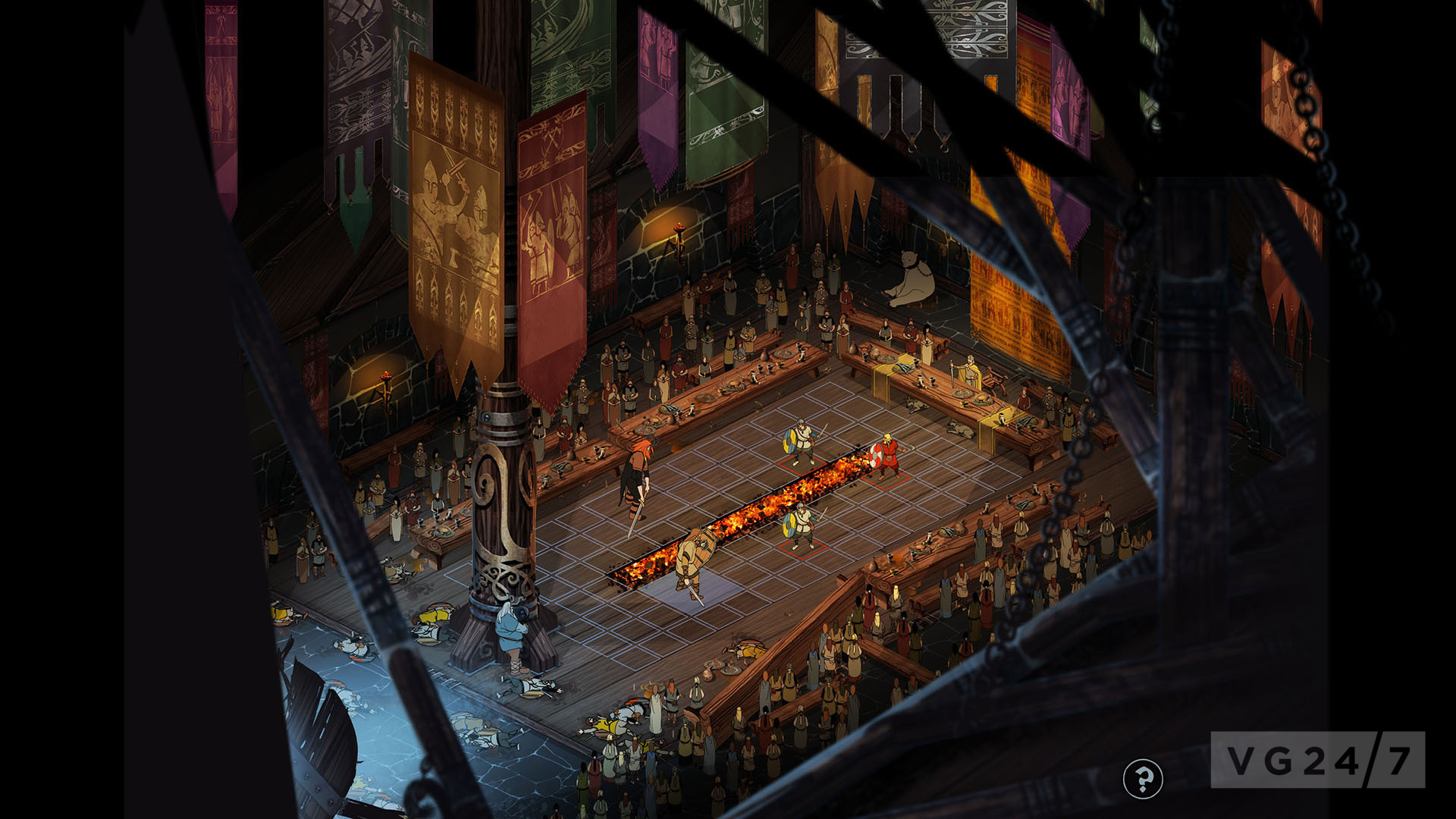