Since its release in May 2011, Terraria has sold 20.5 million copies, according to developer Re-Logic. 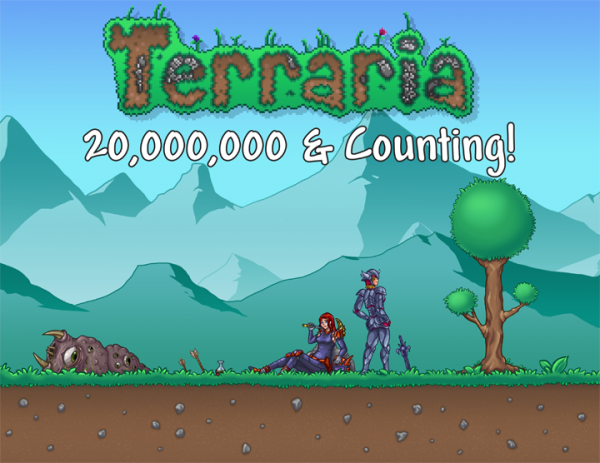 The milestone was reached by the end of 2016, meaning over 4.1 million copies of Terraria have been sold each year for the past five years. 8.3 million units were sold within the last 18 months on PC since update 1.3 launched in June 2015.

Along with unit sales figure, (thanks, PCgamesN) the studio also shared more stats on the 2D sandbox adventure since launch day:

The developers also promised there are more "tidbits" they aren't quite ready to share yet, including and update on the status of Otherworld.

Also, update 1.3 for consoles is "just around the corner," according to the studio with the mobile version releasing afterward.

Re-Logic also described Terraria as a franchise with "so much life left in it," in the post, and said it "cannot wait to share those plans in the months and years to come."