Team Fortress 2 is a multiplayer class shooter with no real narrative. Why am I so into its lore? 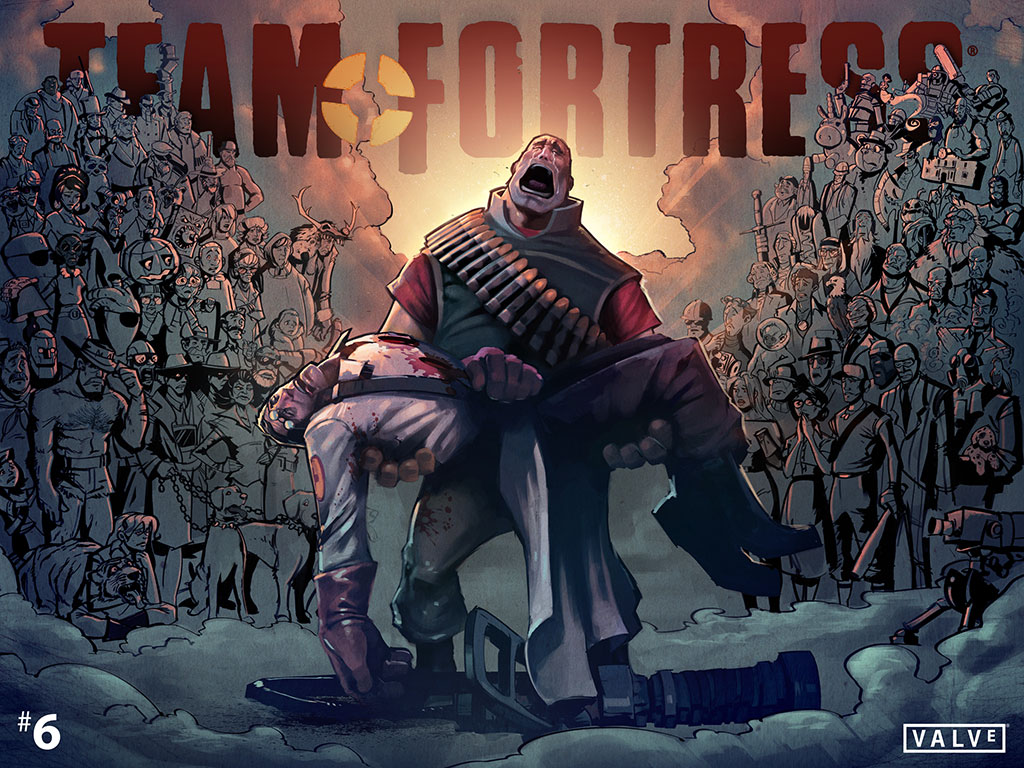 Team Fortress 2 is a hugely successful game, and Valve's monetisation of it is really interesting, but sometimes I just want to talk about its lore and forget all that.

Even if you're only vaguely aware of the existence of Team Fortress 2, I'd recommend checking it out, because it's pretty funny and has some touching and epic moments. You might also want to browse the TF2 comic archives and read back issues. Seriously. I don't even play Team Fortress 2 and I dig this stuff so, so much.

With an intermittent series of animated shorts, comic issues and in-game events, Valve has built a world around Team Fortress 2. It's an extremely silly world, but still one where it's easy to get invested in the friendships firmly grounded in synergistic classes, to embrace long running jokes, and to still be surprised at the twists, turns and character development after all these years.

Even with a cast built from such shallow archetypes ("Soldier" and "Heavy", for goodness sake), Team Fortress 2 really fronts some good stuff. My favourites are Medic and Miss Pauling. Tell me yours.