Tales of Symphonia Chronicles will have a special edition released for it when it heads west in 2014, according to an announcement from Namco Bandia at New York Comic Con this weekend.

The special edition is similar to the Lalabit Market Edition released in Japan which contained five figurines, a novel and a box drawn by Ufotable.

According to Shacknews, the difference between the two, is the North American version comes with four figurines, the novel, and the addition of the soundtrack.

It releases in the west next year. 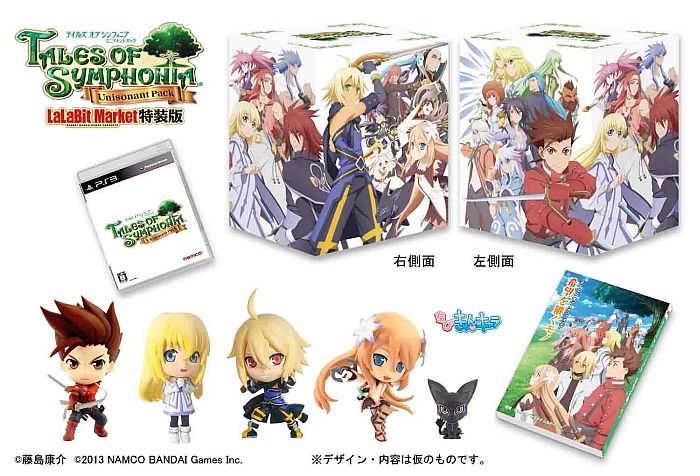