Nintendo is bringing virtual reality to Switch with its new Labo: VR Kit.

Rumors regarding Nintendo finally embracing virtual reality proved true today with the announcement of its Labo: VR Kit for Switch.

The VR kit isn't a traditional virtual reality headset, but aesthetically in line with Google Cardboard as the rumors stated.

Slated for release April 12, Nintendo will offer two packages and two expansion packs for its Labo: VR kits. The new Toy-Con VR Goggles can be combined with the other Toy-Con creations, and used for real-world actions.

Toy-Con Garage mode, which is included as part of all Nintendo Labo software, will come with the Labo: VR Kit. It offers basic programming tools for you to play around with when making creations.

To use the Toy-Con VR Goggles, insert the Switch console and hold it up to your eyes to explore "numerous games and experiences," without a head strap. You can also turn off the VR feature and use the included Screen Holder to experience content in 2D. 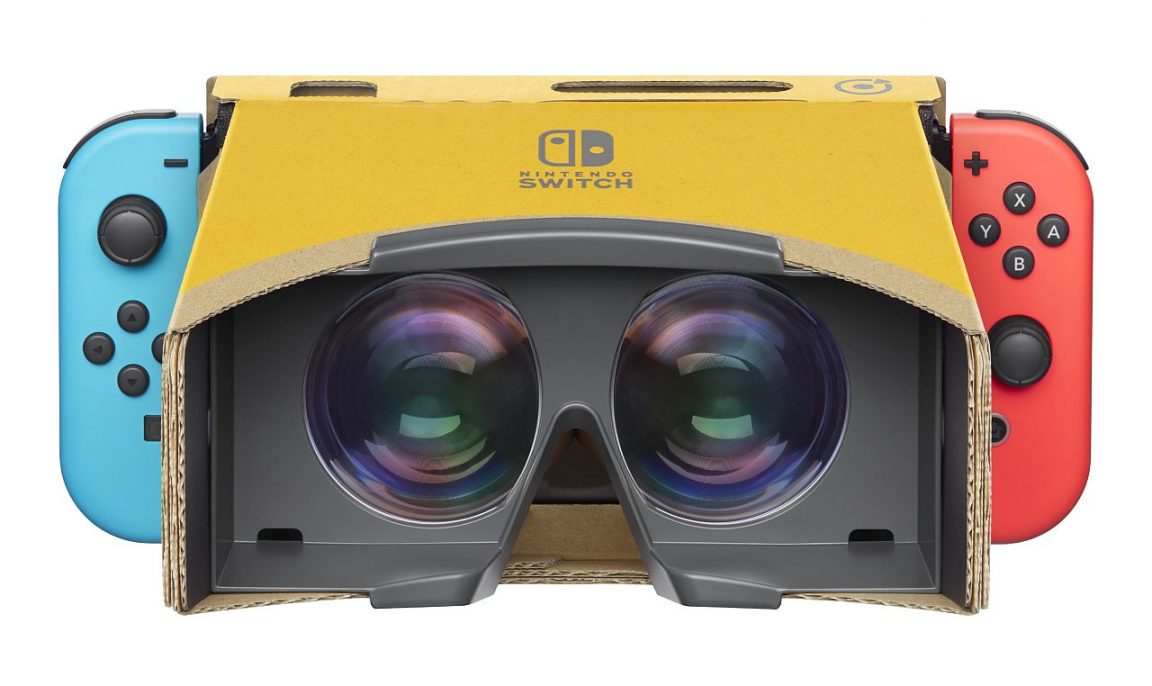 Nintendo Labo: VR Kit will release at retail April 12 with two primary configurations. One includes all Toy-Con creations and the other is a smaller, introductory kit.

Those who purchase the Starter Set can expand the experience with two additional options. The two expansion sets do not include the VR Goggles or VR Kit software. Expansion sets will be available exclusively online through Nintendo.

More information regarding the Labo: VR Kit will be announced at a later date.