It looks like Stubbs the Zombie in Rebel Without a Pulse is coming to Xbox One and Xbox Series X/S in March.

According to True Achievements as well as a listing on the Microsoft Store, the game is set to release on March 16. 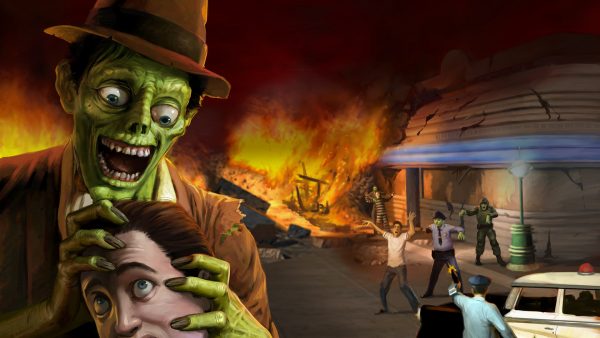 The game is being handled by Aspyr Media and was originally developed by Wideload Games. It was originally released in 2005 for the first Xbox and hit PC and Mac in November that same year.

It stars Edward "Stubbs" Stubblefield a traveling salesman during the Great Depression. He falls in love with a girl but is killed by her father who dumps his body in the wilderness.

Many years later, the city of Punchbowl, Pennsylvania has been built on top of Stubbs' resting place. He rises from the grave to enact revenge, biting people, eating brains, and turning townsfolk into his own undead army.

In the third-person action game, you will eat the brains of citizens, and bascially bring utter chaos to the town of Punchbowl, PA. You can also enjoy couch co-op with a friend taking on the role of Grubbs.

You can get an idea of what to expect in this rather grainy trailer.