William's back in town. 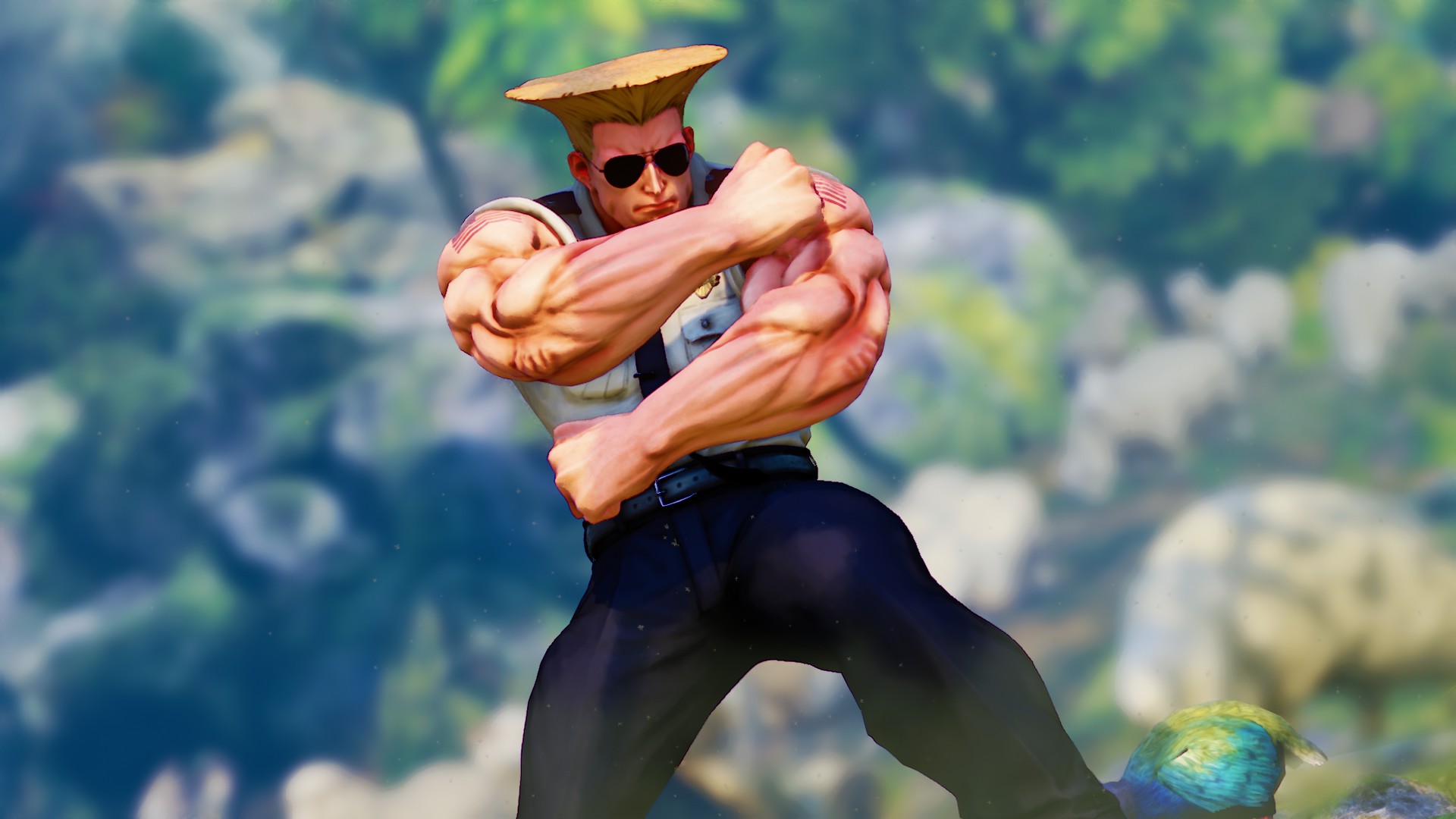 Guile (First name William, don't you know) returns as an add-on character for Street Fighter 5, and this hardened member of the US Air Force hasn't changed much over the years: he's still a character who fares best by playing on the defensive, zoning and keeping enemies at bay with a strong fireball game. With even more options thanks to his new V-Skill, Guile has more tools to keep threats away from him than ever.

The ultimate goal of any Guile player is to keep opponents out, and if opponents manage to get in close to him that goal should seamlessly shift into making use of his strong buttons such as standing heavy kick and medium kick to keep players at bay and push them back to longer-range. With Guile, pushing forward is rarely necessary - patience is key. Guile doesn't have many special moves, but the two he does have and his slew of Unique Normal Moves make him formidable.

Guile creates a small Sonic Boom in front of him that remains stationary. Performing a Sonic Boom into this will power up the Sonic Boom, turning it into a 'Sonic Cross'. As such, this V-Skill can be used offensively or defensively, either as a stationary trap for incoming threats or to pile on even more long-distance projectile pressure.

Guile gains some sort of mystical sonic aura around his wrists that powers up his ability to fire Sonic Booms. Once in V-Trigger, Guile gains the ability to perform multiple Sonic Booms in a row after a first without having to charge. The button used will still determine the Sonic Boom speed, but they'll come out faster than is otherwise natural, making it difficult to handle or predict.

Guile's iconic move - he throws a circular projectile across the stage. The button used determines the speed and strength of the fireball. The EX version is the fastest of all, and hits twice to knock down.

Somersault Kick (Charge: Down – Up + Kick)

Another iconic Guile move - one of only two he typically has - this functions as his uppercut, sending him into a twirling kick towards the skies. The button used determines the properties of the move, with heavier buttons travelling further both vertically and horizontally. The EX version starts up more quickly, has more frames of invincibility on start up and hits multiple times.

Faultless Move is for the brave. Guile will slowly move towards his opponents while maintaining a downwards charge - however, this also means you're no longer blocking. It's a perfect way to bait opponents into jumping at you, however - then you can use your downwards charge to punish with Flash Kick.

Guile's Super takes the form of a gigantic Sonic Boom. This is a projectile, but don't be fooled - it doesn't travel, it merely hangs in front of Guile for a time. This does decent damage, but if you can land it while in your V-Trigger it turns into the Sonic Tempest, an even more damaging version of the same attack.

Guile has an air throw, meaning if you meet an opponent in the air you can grab them and throw them to the ground like any other throw.